The Trump administration has created some concern among the D.C. real estate community with talk about moving federal agencies outside the region, and now it appears to be moving forward with those plans. 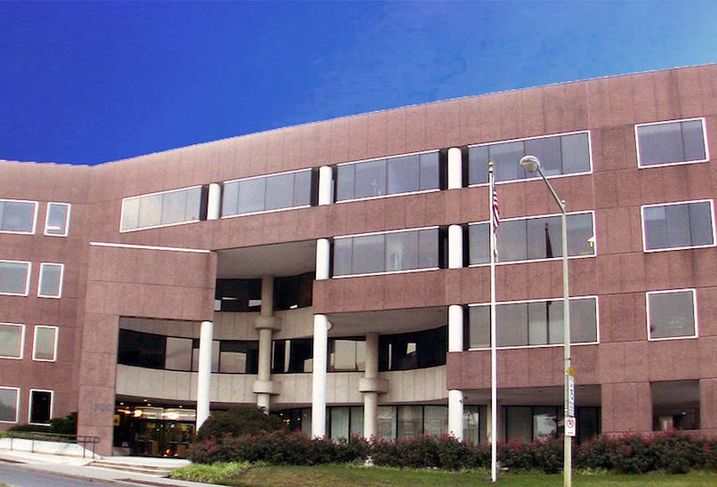 The U.S. Department of Agriculture announced Thursday plans to move its Economic Research Service and National Institute of Food and Agriculture outside of the National Capital Region. It said it has not yet determined new locations for the agencies, but the move could have big implications for the D.C. real estate market, where they lease over 400K SF of office space.

NIFA occupies the entire Waterfront Centre building at 800 Ninth St. SW, a 126K SF lease that expires in 2020. Guardian Realty, the building's owner, said it has not heard from the government about its plans for the agency after the lease expires. It had always considered it a possibility the agency might vacate the building, creating a potential redevelopment play for the aging property that sits across the street from The Wharf.

"I don’t think we’ve decided what we’re going to do with it," Guardian leasing director Gina DellaVecchia said. "Obviously it's in that awesome location. We’re still up in the air about how we’re going to handle it if they leave, but we haven’t made any firm decision." 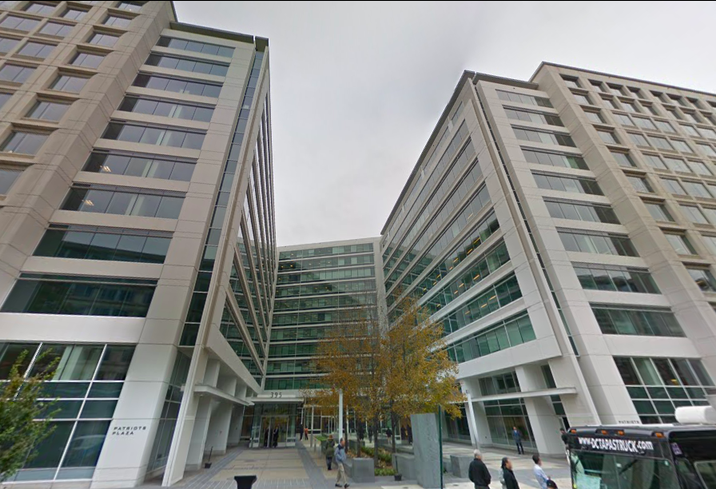 The ERS is located at 355 E St. SW, part of the 981K SF Patriots Plaza complex. The USDA leases roughly 330K SF at the property, though it is not clear if that is entirely occupied by the ERS. Bentall Kennedy principal Jeanette Flory, who leases the building on behalf of Multi-Employer Property Trust, said they do not break down the lease based on specific agencies. She said she has not received any information about the USDA's plan to vacate the building.

Beyond the two leases potentially at risk, the USDA's announcement could signal the beginning of a trend of the administration relocating agencies outside of the D.C. region. The Office of Management and Budget in June released a wide-ranging reorganization plan that included a call for relocating government functions outside of the nation's capital. Additionally, the General Services Administration's recommendation to keep the FBI on the Hoover Building site included a plan to relocate 2,300 FBI employees to offices in Alabama, West Virginia and Idaho.

But given the nature of the announcement and its lack of specifics, it is possible the relocation does not ultimately take place. Del. Eleanor Holmes Norton, D.C.'s sole congressional representative, said the USDA went outside of the regular procedure for government real estate decisions. Holmes Norton, the ranking member on the committee with jurisdiction over the GSA, does not expect the committee to consider the move before the November midterms, and if the Democrats take back the House and she becomes chairwoman, she would not allow it to pass.

“This process is so irregular, it is illegal and it will not stand," Holmes Norton told Bisnow. "An agency cannot decide on its own either to renew or for that matter, that it wants to go somewhere else."

Agencies searching for new offices are typically limited to D.C. and its suburban jurisdictions, she said, and it is "unheard of" for an agency to try to move itself out of the region. Holmes Norton said her staff has requested a briefing from the GSA but has yet to receive one. The GSA declined to comment for this story.

Cushman & Wakefield Vice Chairman Darian LeBlanc, a top government services broker in the region, said relocating hundreds of federal employees to a new region can be extremely costly for the government.

He said it is possible the USDA moves a handful of top administrative functions from those agencies to offices it already occupies in other regions and keeps a majority of the staff in D.C., making it more of a symbolic move that would not have much of an impact on the real estate market. LeBlanc said he doesn't know what the USDA's intentions are and is continuing to follow the situation as it unfolds. But the optics of moving agencies to other parts of the country, he said, could be good for the administration politically with the November midterm elections looming.

"The complexities around relocating federal agencies is a lot more than meets the eye," LeBlanc said. "My sense is given where we are relative to the timing in the election cycle, and some of the rhetoric that we’ve heard coming out of the administration about trying to get people out of Washington and so on, that this is probably more political than actual fundamental in nature."

Holmes Norton said she does not know if there was political interference involved with the USDA's announcement, but she said the timing and nature of it raises cause for concern.