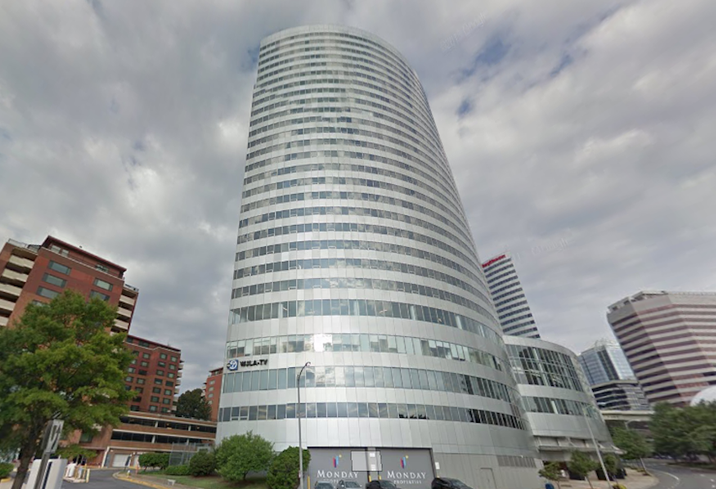 Sinclair's WJLA and News Channel 8 will remain tenants in 1000 and 1100 Wilson Blvd, where the media company is now leased until 2031. The company, repped by JLL, shopped around the market for a new home, but ultimately decided to stay put.

“Over the past several years, we have been running an extensive search in the Metro DC area with the goal of selecting a long-term real estate solution that meets our future business objectives," Sinclair SVP Del Parks said in a release. "As we looked at our options, which included building a new, stand-alone facility, we kept coming back to the Towers."

The renewal is another win for Monday Properties, which has signed more than 345k SF of new leases and renewals this year. The real estate firm recently hired an acquisition expert and shifted its focus to buying more DC properties. It currently owns and operates 10 DC-area buildings, all in Rosslyn, where it says it expects to see continued absorption.

"As companies increasingly look to pursue first-rate amenities, easy accessibility and a business-friendly environment, the Rosslyn submarket continues its upward trend of being a location that firms look to in attracting and retaining high-quality employee talent," Monday Properties president Tim Helmig said.