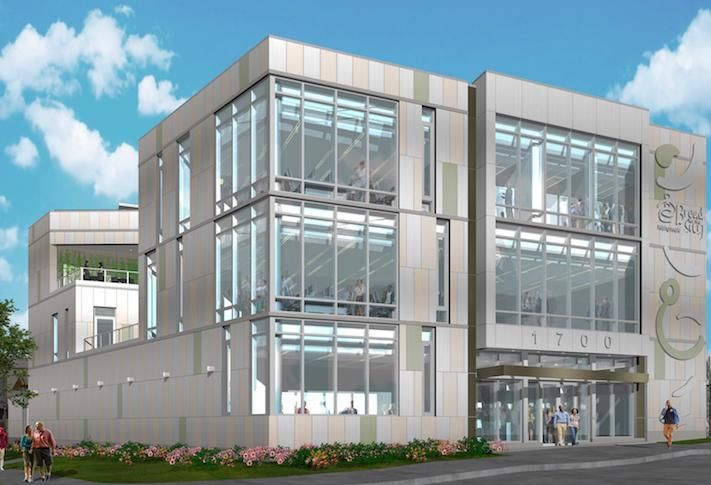 A D.C. nonprofit that provides food and services to those in need is expanding its operations with a new facility.

Bread for the City broke ground Monday on a new building in Anacostia that will be larger than its main facility in Shaw, the Washington Post reports.

The organization is constructing a 27,650 SF building at 1700 Good Hope Road SE, Bread for the City spokesperson Kristen Kozlowski tells Bisnow. She said the organization owns the property and is partnering with Compass Design & Development, Michael Marshall Design and Hamel Builders on the project. The new building will sit across the street from a smaller, existing Bread for the City office.

The new building is expected to open in 2020 and will help expand Bread for the City's operations across the region. It currently distributes groceries to over 6,500 people each month, and it expects the new facility will allow it to serve at least 2,000 more monthly.

A rendering of the building, provided to Bisnow, shows outdoor terraces and floor-to-ceiling glass windows, a design that stands in contrast to many of the older brick buildings nearby. The project sits about a half-mile east from the main intersection of Martin Luther King Jr. Avenue SE and Good Hope Road, where another new development is in the works.

Menkiti Group plans to break ground soon on its MLK Gateway project, which will bring 22K SF of retail and 28,500 SF of office space, occupied by cybersecurity consulting group Enlightened.