The General Services Administration's decision to keep the FBI headquarters in D.C. came under scrutiny Wednesday at a Senate committee hearing, with senators questioning whether President Donald Trump intervened in the decision, and whether the FBI's security needs can be met in its current location. 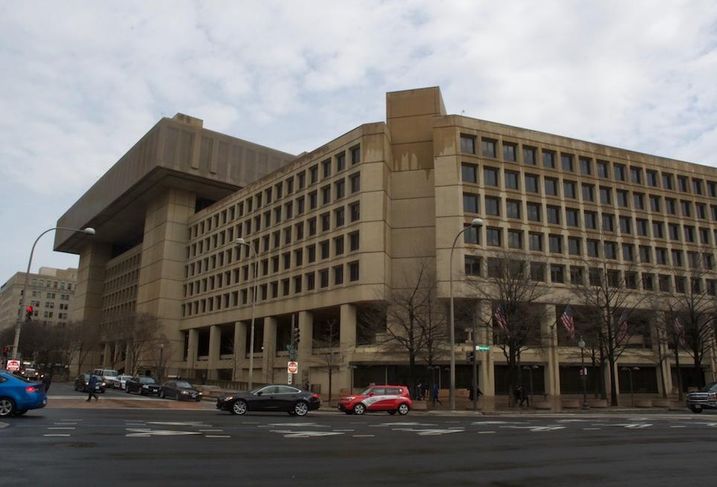 After canceling its search for a new FBI campus in July, the GSA submitted a report to the Senate Committee on Environment and Public Works Feb. 12 outlining its new plan. It recommended demolishing the J. Edgar Hoover Building and rebuilding a new facility on the Pennsylvania Avenue site, rather than constructing a new suburban campus. GSA Public Buildings Commissioner Dan Mathews and FBI Chief Financial Officer Richard Haley appeared Wednesday before the committee to answer questions about that recommendation.

Sen. Chris Van Hollen (D-Marlyand) asked both officials if they were aware of any conversations between Trump and anyone at their agencies about the decision. Trump's real estate company opened a new hotel a block away from the Hoover Building in 2016, presenting potential conflict-of-interest issues. The officials declined to directly answer the yes or no question.

Haley, who would not say if he was aware of any intervention from Trump, insisted that the decision was made by the FBI and GSA.

"Any entities outside the FBI and GSA, whether they've been informed, whether it's come up in conversation, it has not been a factor in decisions in that project," Haley said. "We would not be putting forward, nor would we be agreeing, to an approach that did not meet the FBI's mission requirements."

But Van Hollen said that did not answer his question of whether he was aware of any conversations Trump had about the project. After repeated attempts by Van Hollen to solicit a direct answer to the question, Sen. Tom Carper (D-Delaware), the committee's ranking Democrat, expressed concern over the officials' responses. 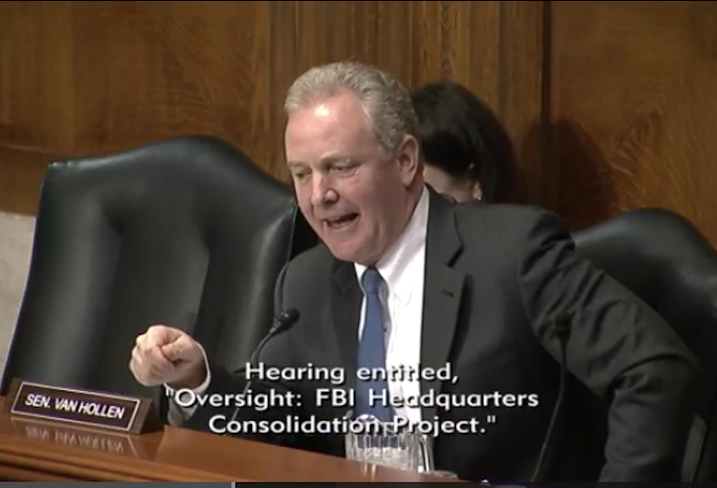 While the Maryland delegation was frustrated that the new campus would not be built in their jurisdiction — two of the three previous finalist sites had been in Prince George's County, which borders D.C. to the northeast — they focused their concerns on the costs and security issues of building a new facility on the Hoover Building site.

"We're puzzled," Sen. Ben Cardin (D-Maryland) said. "We've gone through 12 years where the FBI, the GSA and the intelligence community have all said the FBI needs a facility to not only meet its current needs but to meet its needs in the future, and that requires a facility that can handle personnel and security needs, estimated to be between 45 and 55 acres."

"This is a textbook example of how the federal government should not operate over a period of time," Van Hollen said. "It is an example people will use for decades to come about how the federal government misled people from start to finish, failed to provide information to Congress when requested, and consistently changed its assessment of what was required for the FBI. People who were bidding on this project invested lots of money in proposals only to see whiplash when the FBI totally changed its testimony and the GSA totally changed its position on this." 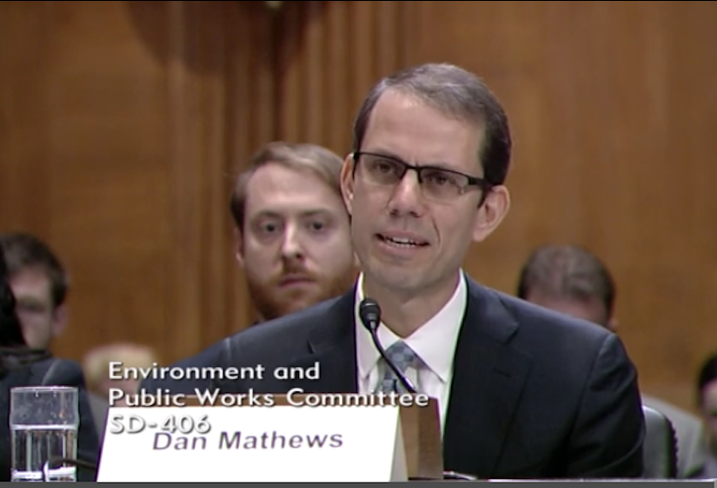 The criticism did not just come from Maryland's Democratic senators, though. Sen. John Barrasso (R-Wyoming) said the federal government had already spent $20M over 13 years on the search, and questioned why the agency's needs keep changing.

"The revised plan is a significant departure from previous plans considered and put forward by GSA and FBI," Barrasso said. "The revised plan eliminates many of FBI's security requirements. It scraps the concept of a consolidated campus; it abandons the need for a remote truck inspection facility; and it discards the requirement of a detached central utility plant. Under the old plan, these features were considered critical for FBI’s security. Now they are gone. So the question is: What happened?"

Mathews defended the GSA's decision by noting that the personnel requirements have changed. The GSA's new plan would keep 8,300 FBI staff at the D.C. HQ, rather than the previous 11,000, and spread out an additional 2,300 employees to offices in Alabama, West Virginia and Idaho.

“I understand it’s a significant change from the previous request, but what makes it possible to consider the site is the smaller requirement of the number of personnel, and there are some distinct advantages to reusing the site if you can fit the housing requirement on it," Mathews said.