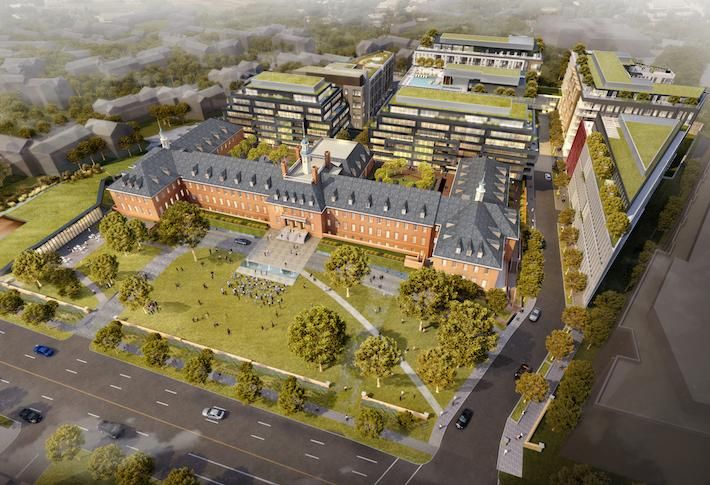 The Northwest D.C. building that once housed Fannie Mae's headquarters will soon have a new occupant.

IB, a global nonprofit offering educational programs for students between the ages of 3 and 19, plans to move to the building in 2022. It will sit above Wegmans, which announced in 2017 it would open its first D.C. location at the project.

The $730M development, branded as City Ridge, is planned to include 687 residential units, 155K SF of retail and 167K SF of office. The remaining office space will be constructed in a new building on the site.

Roadside and NASH acquired the property for $86M in 2016 after Fannie Mae announced it would relocate to the Midtown Center project. Transwestern is managing City Ridge's office leasing, and Avison Young represented IB in the deal.

"As City Ridge infuses new retail and residential into this corner of the city, we're thrilled that International Baccalaureate will play a leading role in this transformational development," Roadside principal Richard Lake said in a release.

The nonprofit is currently located at 7501 Wisconsin Ave. in Bethesda, according to its website. The move makes it the third educational institution to open a new facility in Upper Northwest in recent years, following the University of the District of Columbia buying a Van Ness building and the Whittle School converting the former Intelsat headquarters.