This series delves into the myriad ways people enter the commercial real estate industry and what contributes to their success.

Before he ever made a cold call to a commercial real estate client, AJ Wood had won four collegiate soccer championships, participated in the Olympics and played professional soccer for six years.

During his collegiate soccer career at the University of Virginia, Wood's team won four straight NCAA Soccer National Championships from 1991 to 1994. His senior class was the first in NCAA history to win a championship all four years. 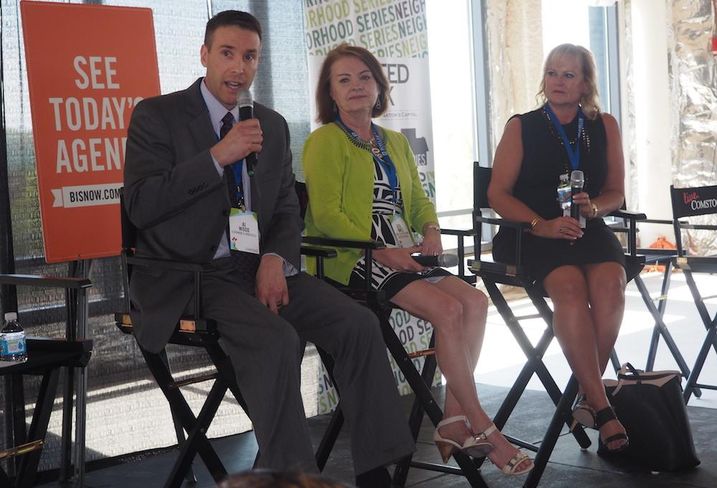 Wood was named Player of the Year by Soccer America in 1994. He still holds the record for most career NCAA tournament goals scored, with 13.

After leaving college, the 22-year-old Wood joined the U.S. Men's National Team and played in the 1996 Summer Olympics. He played in each of the team's three games, in which it secured one win, one loss and one tie, but failed to advance beyond the group stage.

Wood then entered Major League Soccer, playing in New York and Columbus before joining D.C. United, where he played for four years. In 1999, Wood played on the D.C. United team that won the MLS Cup.

He retired in 2002 and in 2004 he joined Trammell Crow, where he worked for two years. He then worked for CBRE and Woodmark before joining Cushman & Wakefield in 2010.

Bisnow: How did you get introduced to CRE?

Wood: After playing professionally in Major League Soccer for six years, including the last four with DC United, I started thinking a lot about what my second career would be. Once I retired from playing soccer, I had the opportunity to spend a bit of time as a stay-at-home father for my oldest (son) and worked as a coach and trainer for youth soccer in Northern Virginia, which I really enjoyed. I soon found myself interested in the careers that the parents of the kids I coached had and one of the parents introduced me to a few commercial real estate brokers, who later met with me to discuss opportunities in the industry. Here we are 16 years later, and I couldn’t be happier with my decision.

Bisnow: What was your first job in CRE?

Wood: My first job in CRE was at Trammell Crow Co. in Tysons Corner, Virginia, back in 2004. Tom McHugh hired me to assist his team on the tenant representation side of CRE. I was just thankful to have someone offer me a job at the time, especially in something I was interested in, and there was something about wearing a suit and heading into an office, instead of a locker room or field, that was different and invigorating.

Bisnow: What kind of education, certification or official training do you have in CRE? How critical was it to landing your first big role?

Wood: I graduated from the McIntire School at the University of Virginia and I currently have a real estate license in Virginia, Maryland and D.C., but I had been out of college for almost 10 years before interviewing for a job in CRE. My biggest motivator for getting into the industry was my interest in CRE, but more importantly, I had real-life responsibilities and a family that was depending on me. My senior broker knew I was motivated to come to work and that I would take the opportunity seriously, so he took a chance on me.

Bisnow: What is one skill you wish you had coming into CRE?

Wood: Cold-calling skills. I had no idea how vital that skill was prior to joining the CRE industry. It’s important to create, build and maintain relationships with clients but it’s also important to make sure you’re up to speed on the knowledge and skills required to deliver the best possible service to them. 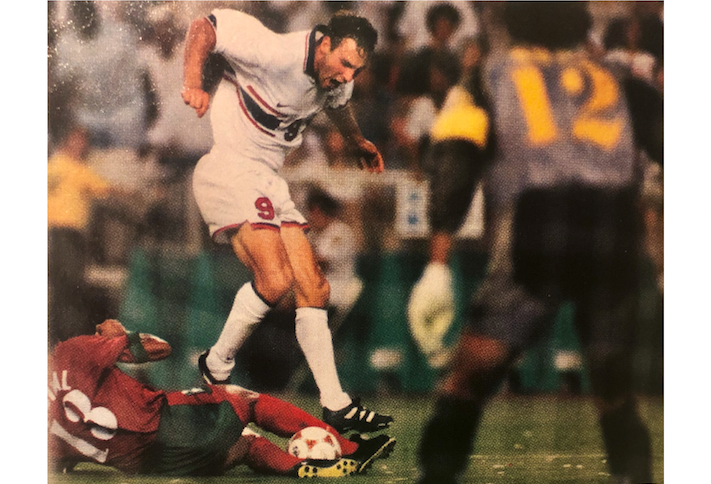 Courtesy of AJ Wood
AJ Wood playing for the U.S. Men's National Team in the 1996 Olympics.

Bisnow: What were you doing before you got into CRE?

Bisnow: If you changed careers, did you bring anything with you from your past career that has helped you thrive in CRE, or, on the flip side, anything you had to unlearn in order to succeed here?

Wood: Teamwork, training, communication, coaching, talent and discipline are traits commonly found in the most successful professional soccer players and teams around the world. These traits are very applicable, in different ways, to CRE. Soccer teams study game tape in order to find ways to improve their performance and understand what their opponents do well. Although there’s no game tape, it’s crucial to keep up with the industry and what competitors are up to in order to ensure you’re keeping up or leading the way in providing the best services possible to both current and potential clients. It’s important to study and learn from other brokers in our industry as there is always room to grow and improve your skills.

Bisnow: Can you remember a moment where you felt in over your head or you worried this industry wasn’t for you? Did you ever think about quitting? What changed?

Wood: I was fortunate to have a great mentor and experienced brokers around me who I could reach out to for help. Without that support system, I could see how success could be difficult to achieve for brokers looking to enter, or first starting out in the industry. It would be hard to find a successful broker in CRE that didn’t have an individual or a team in those first couple of years to help them through the tough times.

Bisnow: What were your early impressions of the industry, good and bad? How has your impression changed?

Wood: I started in the CRE industry in 2004, when the market was expanding, and companies were growing and leasing more space. Sixteen years later, I have a much deeper understanding and appreciation for the market cycles and the effects on brokerage and CRE as a whole. I also have a greater appreciation for those that have been in the industry for 20, 30, 40-plus years and have withstood numerous market cycles and have remained successful. 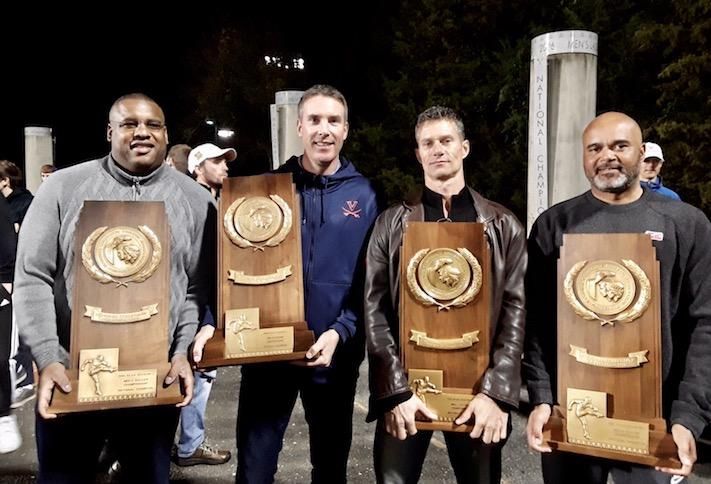 Bisnow: Have you had a mentor or sponsor? How did that person shape your future in CRE?

Wood: Easy question, yes. Tom McHugh, now senior director at Cushman & Wakefield, took a chance on hiring me and has been a mentor and close friend ever since. Tom taught me many life lessons on how to strive for a positive and healthy work-life balance. He took pride in my professional growth and allowed me to have the freedom to transition into being the lead broker with many clients after only a few years in the business.

Bisnow: What is a key lesson someone taught you, either kindly or the hard way?

Wood: Take a long-term approach to relationships and your career. Nothing happens quickly in CRE. Always try to improve your performance and stay focused on the current and future challenges of your clients.

Bisnow: What do you warn people about when they join the industry?

Wood: There is no one book to read or easy way to make it in the industry. You have to learn on the job. Pick the right mentors and find ways to become valuable to your senior brokers or teams.

Bisnow: If you could do your career all over again, what would you change?

Wood: Nothing — I am fortunate to have had two careers that I have enjoyed so much.