Abt Associates Signs Lease For 155k SF In White Flint 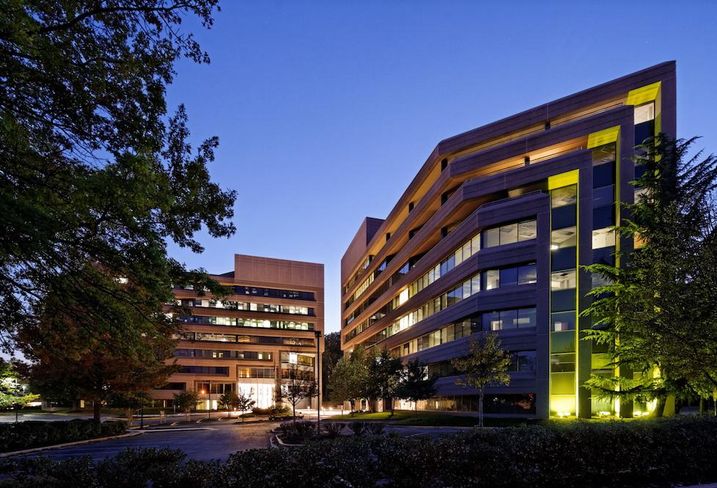 Monument Realty filled one of its two recently renovated office buildings in one fell swoop, signing Abt Associates, a health and education research and consulting firm, to a 155k SF lease on Tuesday for Executive Plaza.

Abt's new regional HQ will be at 6130 Executive Blvd, one piece of the 326k SF, two-building office property that Monument spent $10M to renovate, adding a 3,500 SF conference center, a fitness center, a café, and other system and aesthetic upgrades.

“The extensive revitalization of the White Flint area makes Executive Plaza an increasingly attractive option for Maryland businesses," Monument principal Michael Darby said in a statement, "and it’s now evident that demand will only increase with these positive changes to the neighborhood."

Monument EVP Doug Olson hinted at a big deal on the horizon in February at Bisnow's Montgomery County State of the Market event. While nearby Pike & Rose has been a big draw for office and retail tenants alike, Doug said three months ago Executive Plaza was being marketed with rents up to 30% cheaper than Pike & Rose.

"Call it Class-A office space at Class-B pricing," Doug said at the time. That formula has now paid off, luring a large tenant from Downtown Bethesda to White Flint.

Cushman & Wakefield and NGKF repped Abt, while Monument Realty and its equity partner, Angelo, Gordon & Co, were repped by Avison Young.

Abt will move when its current 130k SF lease at 4550 Montgomery Ave, also known as Bethesda Crossing, expires in two years. Doug told the Washington Business Journal Monument was asking for rents in the high $20s and low $30s PSF for the renovated complex. That's one way to convince someone to move from the heart of Bethesda to North Bethesda.