How 5 D.C. Law Firm and Association Tenants Decided Whether To Stay Or Go

Over the last few years, roughly two-thirds of law firms and about 60% of associations have decided to move to new offices upon lease expirations, according to JLL Senior Vice President Tucker Farman, and these deals have anchored numerous D.C. developments. Five of those tenants, plus their brokers, architects, landlords and lawyers, spoke Wednesday at Bisnow's Real Estate Strategies for Associations and the Legal Sector event about how those decisions were made. 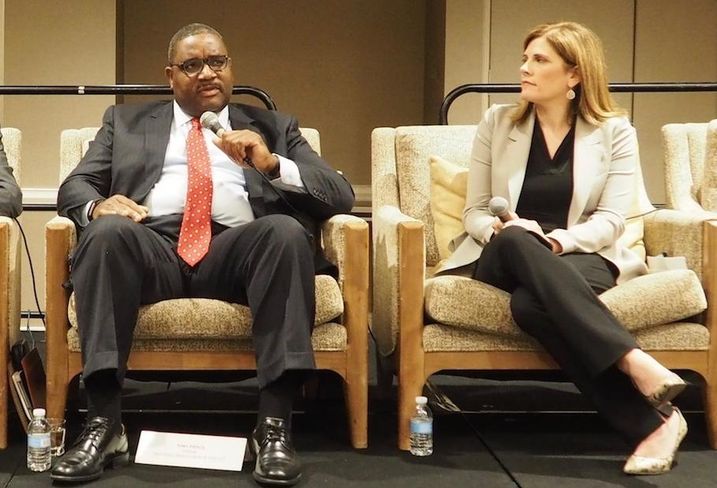 The building was aging and Pierce said he talked with Boston Properties' Ray Ritchey about renovating the property or knocking it down and doing ground-up construction, but the disruption would have been too much for the law firm to handle. Akin Gump decided it wanted to move to a newly constructed building and it wanted to remain in the Dupont Circle area. It narrowed its choice to JBG Smith's 1900 N St. and Alexander Court and ultimately decided on the latter.

The four top floors it is moving into at Alexander Court were added as part of the redevelopment, plus the developers designed a new lobby, so the space has the feel of a new building without the cost of ground-up construction. While cost played a role, Pierce said the key was making sure it fit with the firm's culture and getting internal support from everyone.

"Our culture is don't impose anything from the top down, try to get some buy-in first," Pierce said. "It's the partners that run the firm, we get to make the decisions, but it's an easier process if you get input from those other folks, including the staff and assistants, about how you're going to design their space. It's all very important." 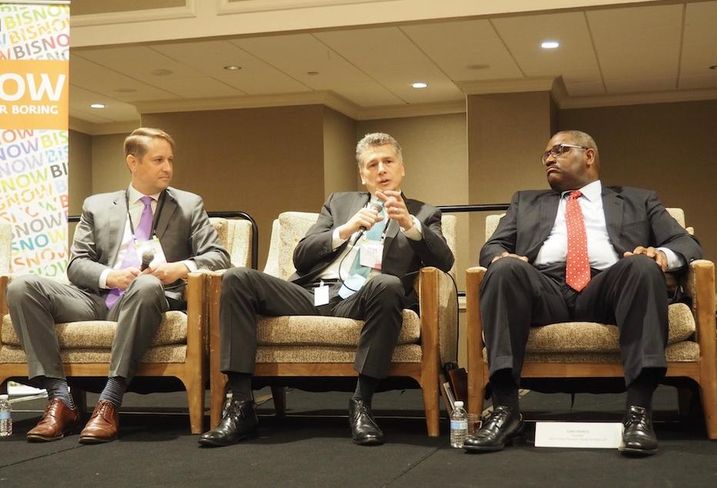 Facing a 2017 lease expiration for its 385K SF space at Columbia Square, where it has been since 1987, Hogan Lovells decided to stay in place.

"It's the legacy, you've been in the space for 20-plus years and you know the landlord," Hogan Lovells Managing Director Peter Genet said. "The other thing is the access was key. Columbia Square is right at the heart of folks coming in from Maryland and Virginia, it's right above Metro Center and we had the parking capacity."

Hogan Lovells was able to receive concessions and its landlord, Hines, renovated the space and added a rooftop deck. The building's roof offers views of the Washington Monument, but it had just been covered with concrete and mechanical equipment until a zoning change allowed rooftop penthouses, said Gensler principal Kimberly Sullivan, who designed the space.

"With the zoning laws changing we were able to really create a destination and people can entertain and work out there," Sullivan said. "It's really improved the asset of the building. Now you have something remarkable and they can use it the entire year because of the indoor-outdoor space." 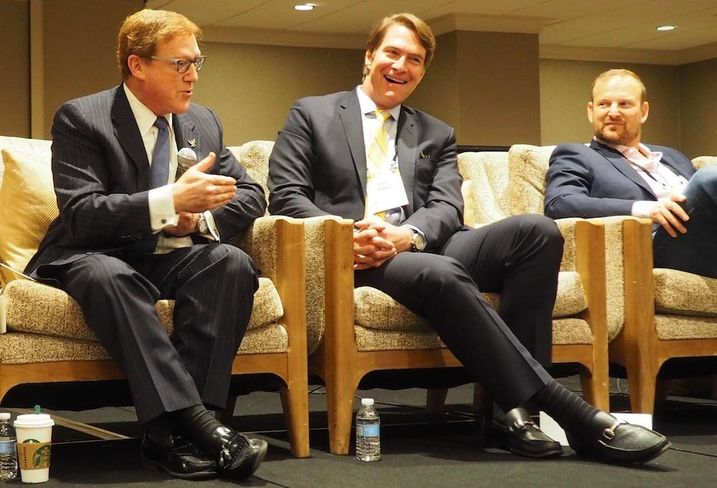 When American Psychiatric Association CEO Saul Levin first looked at The Wharf, it was a hole in the ground on D.C.'s waterfront, but he decided to make his group a pioneer in moving to the development. A big part of the decision was growing the prominence of the association by locating in an office in an active area with high visibility.

After moving into the space in January, Levin said it has worked out better than he imagined. The association's lease included an option to buy the floors after a period of time, and Levin said he plans to exercise that option.

The visibility factor has been even greater than Levin expected. A month after moving in, he said a security guard told him that pedestrians would often stop to take pictures in front of APA's logo on the building. He was confused about why people would see it as a photo opportunity, but later that week he found out when he saw three young people walking by.

"They see the sign and they start to laugh, one woman said, 'Yes, I know you think I need psychotherapy, so now I know where to go,'" Levin said. "When I told the board that story they were thrilled. It's exactly what they wanted. They wanted the publicity." 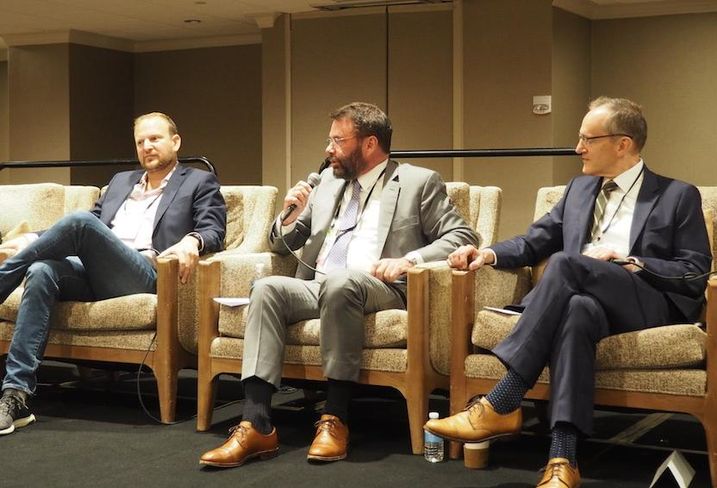 The National Apartment Association recently moved from the fourth to the eighth floor in its Ballston office building at 4300 Wilson Blvd., across the street from Ballston Quarter and the Kettler Capitals Iceplex.

"We stayed in the Ballston area because of all the amenities," NAA CEO Bob Pinnegar said. "We have groups that go over and watch the Caps every day now. It was because of all those walkable things and that's the environment that our workers look for." 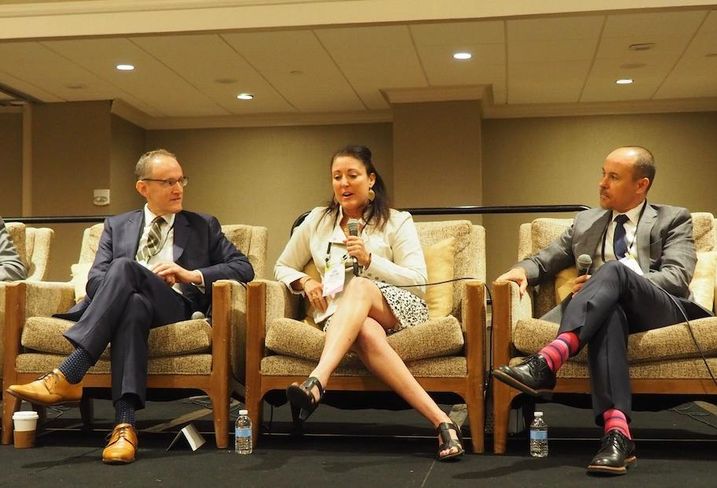 While NAA wanted to stay next to the Capitals' practice facility, the Entertainment Software Association wanted to move away from the team's stadium. ESA Chief Financial Officer Ana Molina said the group liked the Chinatown neighborhood, but the video screens and music outside of its previous Terrell Place office proved a little overwhelming. It also wouldn't have been able to expand in place to meet its needs.

ESA last year moved to a 17K SF space up the street at 601 Massachusetts Ave. NW, growing from its previous 10K SF office. Much of the expansion was to create open space where it could display the latest gaming technology its members were creating.

"We wanted more collaboration space," Molina said. "We were very lacking in that. We needed open space to showcase our industry and entertain so that more people would know who we are and what our industry does. We were able to achieve that by doing a move." 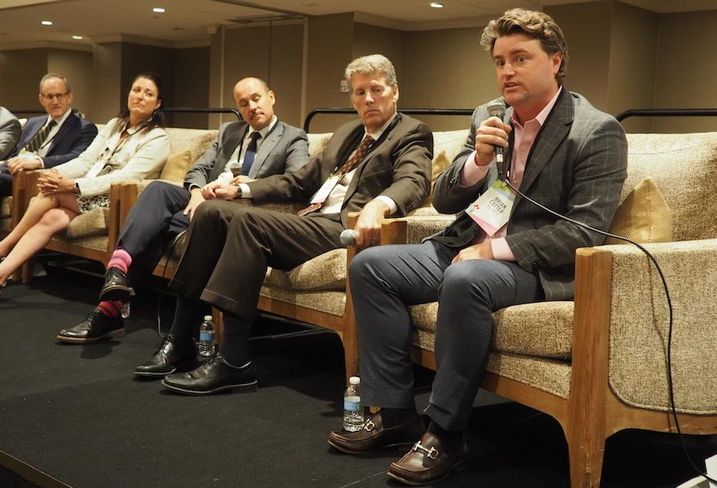 JBG Smith is undertaking a major redevelopment effort in Crystal City, and it is drawing the attention of many associations and nonprofits, Senior Vice President Brian Cotter said. The landlord last month signed the nonprofit March of Dimes for 28K SF at 1550 Crystal Drive.

Given its 20M SF portfolio in the D.C. area, Cotter said JBG Smith is able to accommodate both of those needs, providing space for a tenant in the central business district and in the close-in suburbs like Crystal City. 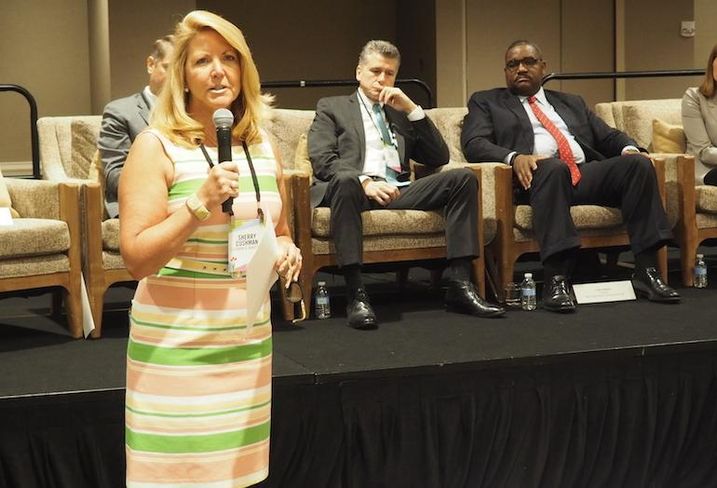 "That's really key is when you have a landlord that's a high-quality landlord, that's willing to sit down and say, 'What do I need to do to keep you, or what can I do to this development to make it better for you to come to this building?'" Cushman said. "Some landlords aren't willing to do that ... the key to should I stay or should I go, a lot of it is driven by the developer and landlord and how willing they are to adapt to what your needs are."