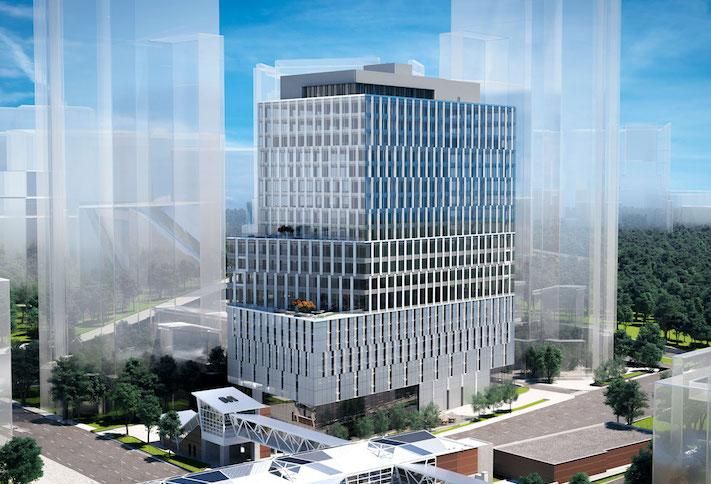 Foulger-Pratt has decided to break ground speculatively on a Tysons office tower after seeing the leasing success nearby projects have achieved.

The developer, in partnership with USAA Real Estate, announced Monday it would begin construction without a tenant on Tysons Central, a 25-story, 384K SF office building near the Greensboro Metro station.

USAA came on as an equity partner in September 2018 for the $200M project. The team, working with Gensler as the architect, expects to deliver the building in 2021. Avison Young's Dave Millard, Peter Berk, Mike Shuler, Nick Gregorios and Caroline Guidera are managing the project's leasing.

The building will have nine-foot ceiling heights with floors ranging from 26K to 29K SF. Its amenities will include a two-story lobby, a sky lobby and terrace on the rooftop, multiple private terraces on the middle floors, a fitness center with a locker room and electric car charging stations. It will also feature 19K SF of retail space.

"Our goal for Tysons Central is to create a workplace that enhances daily work life, including multiple on-site amenities to offer tenants and their employees a first-class business environment that enhances recruitment and retention efforts," Foulger-Pratt CEO Cameron Pratt said in a release. 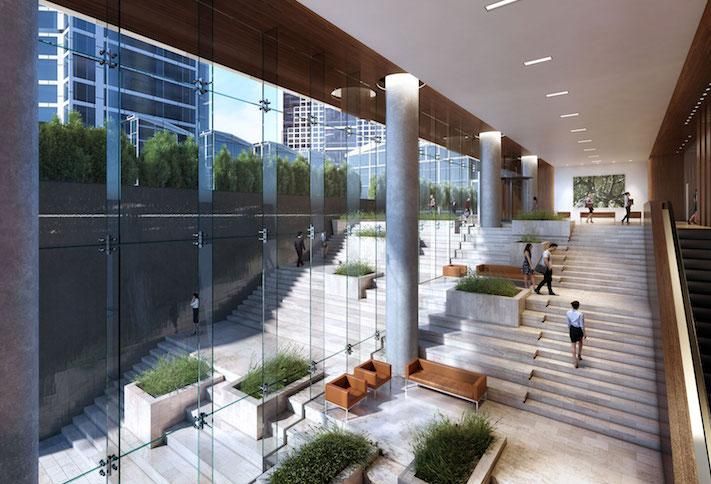 Courtesy of Avison Young, Gensler
A rendering of the two-story lobby at Foulger-Pratt's Tysons Central project.

The project sits steps away from The Boro, a 15-acre project that delivered this year with a 20-story trophy office building, Boro Tower. The office tower broke ground in 2016 with one 60K SF tenant signed, but reached more than 70% leased by the time of delivery with tenants including KPMG, technology company Alion and law firms Hogan Lovells and Womble Bond Dickinson.

Foulger-Pratt Chairman Bryant Foulger told Bisnow in January he was still deciding whether to break ground speculatively, but he said the strong leasing at new projects nearby gave him confidence.

"Certainly going spec is a nerve-rattling experience," Foulger said at the time. "But at the same time, we've seen the projects that start are the projects that get leased and we're encouraged by the number of tenants in the market and the size of those tenants."