In the wake of sequestration and BRAC, Arlington's office leasing market has struggled to recover from vacancy in the 20% range. Developers have been waiting for something to reignite the leasing market, and, with some landlords already sensing a pickup, it appears the change in administration could be just what the market needed. 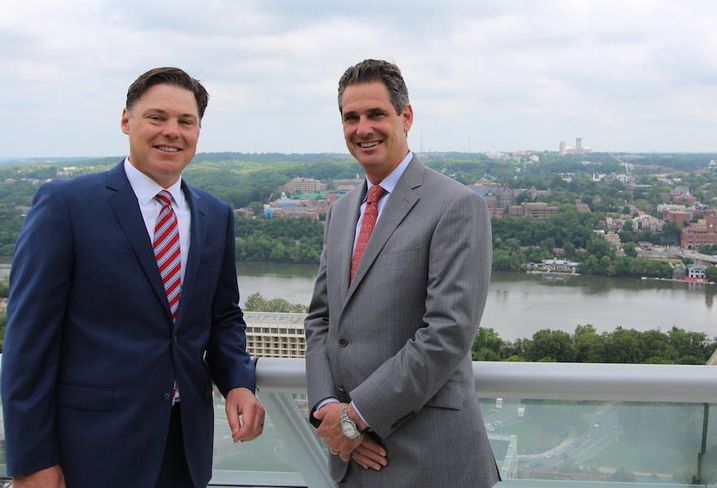 No property embodies Arlington's vacancy struggles as much as Monday Properties' 1812 North Moore, the 35-story trophy building in Rosslyn that has remained vacant in the three years since its opening.

Monday president Tim Helmig, right, says the level of inquiry from larger tenants has picked up in the last two to three months. Even before the election, he says the lead-up to an administration change sparked a boost in activity.

"For a long period of time, a change in administration has resulted in increased activity," Tim says. "Tenant tours have increased dramatically over the last 90 days. In fact, just in the last several weeks, we’ve seen more and more inquiries and tours being generated."

With the election over and the Republican Party preparing to control Congress and the executive branch, Tim says this will mean even greater momentum for the Arlington market. For the last six years, he says a lack of new legislation being passed has contributed to the stagnant office market.

Tim, posing with recently hired acquisitions head Brian Berry, will be a panelist at Bisnow's State of Arlington and Alexandria event next month.

"There is a direct nexus between positive net absorption and legislation activity on the Hill," Tim says. "With the Trump administration prioritizing defense, we think Northern Virginia, particularly the Rosslyn-Ballston corridor, will receive a substantial amount of priority in spending and result in some really significant net absorption."

Tim predicts this will bring vacancy rates back down to the single digits over the next few years, with the momentum beginning in 2017. Tim couldn't comment on Nestlé reportedly looking at 1812 North Moore for its US HQ, but such a deal would be a huge win for Monday and the Arlington market. 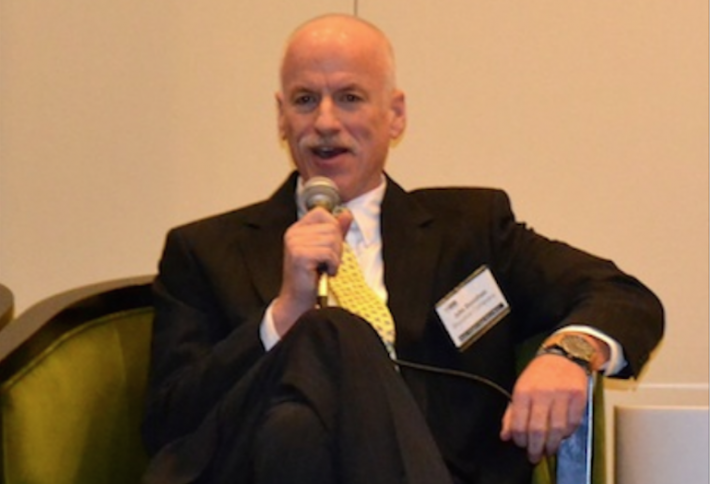 The Shooshan Co chairman John Shooshan says even though the area is heavily Democratic, Arlington's office landlords breathed a collective sigh of relief once the election was over, because after a year full of negative campaigning, there will finally be clarity within the federal government, so the leasing market can begin to plan accordingly.

"The election is a good thing, because it's behind us," John tells Bisnow. "Because having a single party control the White House, the House and the Senate will tell you we’re probably not going to see sequestration or a government shutdown."

The flat office leasing market has already caused Shooshan to make a significant change to the final portion of its Liberty Center development. Shooshan had initially planned to build a 20-story office tower with 425k SF of rentable space, but the developer did not like the prospect of having to lease that much space in the current market.

To adapt, Shooshan decided to try something that hasn't been done before in Arlington. The developer got approval in July for its new plan to build a 22-story, vertical mixed-use building with two stories of retail beneath eight stories of office, with 12 stories of residential on top. John said he hopes to break ground around Q4 2017 or Q1 2018. The developer is partnering with Brandywine, which has built a similar vertical mixed-use project in Philly.

Since switching plans, John says leasing interest has picked up and they are in talks with seven or eight tenants, ranging from one-floor leases to ones that would fill up most of the building. Of these prospective tenants, John says not one is a government contractor, a sign of the change happening in Arlington's office market. 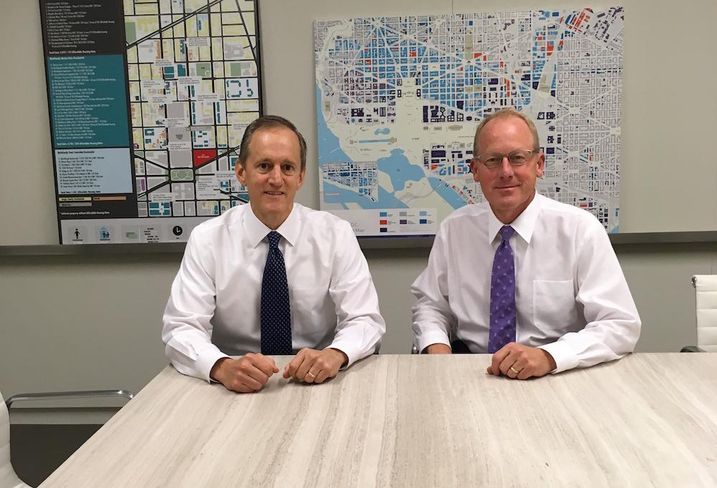 Brookfield is also in the process of leasing vacant space, with about 120k SF currently vacant at Potomac Tower. Dave Bevirt, right, says he is "cautiously optimistic" about the change in administration, but he says it is too early to tell what the true impact will be. Dave tells Bisnow that Brookfield recently signed an LOI for 33k SF, although he could not disclose the tenant.

He says this tenant represents one of the largest tenants Brookfield saw in the market for Potomac Tower, with most of the prospects being small to midsized tenants of around 10k SF.

"There's just not a lot of traction for large tenants in the market," Dave says.

Brookfield has another major block of space opening up in 2021 when the TSA finally moves out of its 550k SF, two-building office in Pentagon City. Dave says they are considering redeveloping it into a mixed-used project with a residential component, but could keep it entirely office if the leasing market picks up. For now, he says they are evaluating both options and waiting to see what the market will look like when the TSA departs.

Developers like Tim, John and Dave are all crossing their fingers for another large tenant like CEB to hit the market. The JBG Cos signed the technology firm to a 350k SF lease in 2014 to anchor its Central Place office tower in Rosslyn. 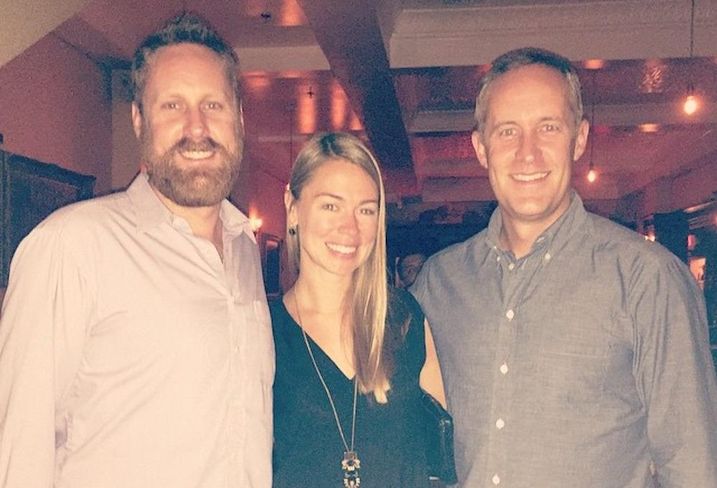 Arlington landed another new technology company in September when Lyft decided to open its regional HQ in Crystal City. The ride-sharing company is leasing 5,500 SF at Vornado's 2011 Crystal Drive.

Lyft's DC region head, Steve Taylor, says the company was considering locations in the District and Maryland. He said Crystal City was the most convenient for many of Lyft's drivers, who need to come in for on-boarding and support, and he says the company fits in well with the area.

"Crystal City has a like-minded demographic," Steve, on the right with his brother Jeff and his wife, Jacki, says. "There are a lot of tech-minded companies in the area and a lot of innovative concepts like 1776, Eastern Foundry and WeLive...It's interesting to see Crystal City transform from what was a heavy concentration of defense contractors to the regional focus point of a growing tech and innovation community."

Steve, Dave, John and Tim will join hundreds of real estate professionals at Bisnow's State of Arlington County and Alexandria event on Dec. 7.