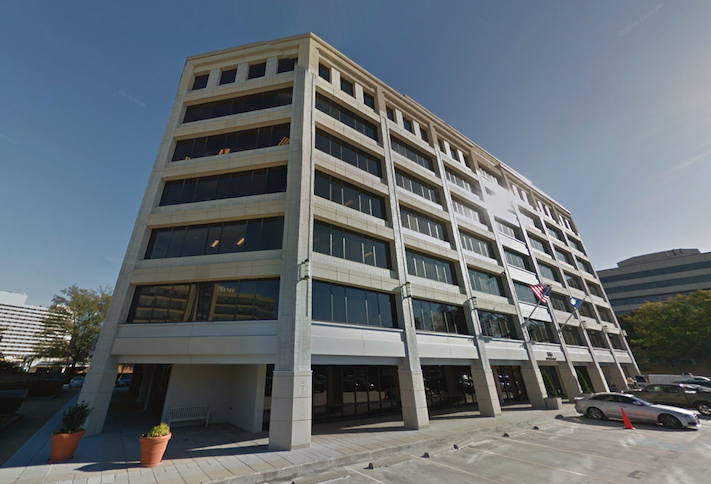 An office building in Tysons with nearly half its space vacant has just traded for significantly less than its previous sale price.

An affiliate of Colony Capital sold the building at 1945 Old Gallows Road to Morning Calm Management, Bisnow has learned. The price of the sale was $22.5M, according to the CoStar database.

The price represents a 40% drop from when Colony Capital bought the building in 2012 for $37.6M, property records show. Its previous price tag was even higher, trading for $43.3M in 2006.

The 164K SF office building, constructed in 1981, is about 55% leased. It sits near the interchange of the Beltway and Leesburg Pike, about a half-mile south of the Tysons Corner Center mall.

Morning Calm CEO Mukang Cho tells Bisnow the company acquired the building as a value-add play. He said it plans to make about $3M in renovations to the property, adding lounge areas, upgrading common spaces and restrooms and building out spec suites in hopes of increasing the building's occupancy.

"We like opportunities in which we believe we have a compelling basis in the asset that affords us the ability to capitalize the property, create amenities, and make it a destination that is interesting and exciting for companies," Cho said. "We think this will give us an ability to create leasing momentum and stabilize the asset over the next few years."

The deal represents the first Virginia acquisition and fourth in the region for Boca Raton, Florida-based Morning Calm. The company in 2016 acquired the six-building Capitol Office Park in Greenbelt for $49M and it has also purchased buildings in Landover and Baltimore. Cho said he expects to make more acquisitions in the region as his firm continues to seek opportunistic deals where it can add value.