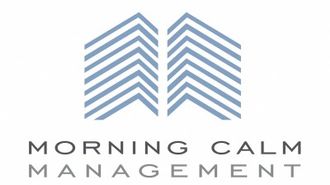 As office rents in D.C. and surrounding submarkets continue to rise, a number of local corporate tenants are struggling to find space that offers the flexibility and affordability that can accommodate their growth. Seeing this, Morning Calm Management CEO Mukang Cho bought the 810K SF, 40-acre Capital Office Park in Greenbelt for $49M in December.

He said employees accustomed to D.C. and its perks are largely reluctant to give up the amenities and lifestyle offices there offer, with dining options, gyms and other conveniences and services nearby. This is why he plans to reinvigorate the Prince George’s County campus with $7M worth of improvements aimed at introducing urban features and fully leveraging the expansive property’s unmatched scale.

Capital Office Park’s availability of various footprints, affordability and central business district-caliber amenities have enticed a number of notable tenants to relocate. CliftonLarsenAllen LLP, the ninth-largest accounting firm in the U.S., recently moved its regional office from Calverton to 15K SF at Capital Office Park. The Transit Employees Federal Credit Union will also vacate its long-standing home in the heart of D.C.’s Atlas District for 7,300 SF at the campus this fall. The two join The Bozzuto Group, which leases 100K SF for its headquarters, Whiting Turner Contracting Co., which leases 21K SF, and many others.

“Prince George's County has had some challenges over the past few years, but we’re seeing the tide slowly turning. At Capital Office Park, we have generated a lot of momentum and have been signing new leases at a steady clip,” Cho said. “Accessibility is critical, and because we’re less than a mile from the Greenbelt Metro station and right on the Capital Beltway, we appeal to both decision-makers and employees who constitute our tenant base. Many of the people who work at Capital Office Park reside everywhere, from D.C., Bethesda and Silver Spring to Annapolis, Baltimore and even Northern Virginia."

He sees new tenants leveraging the move to drive down their fixed costs and reinvest that money in growth and talent acquisition.

"We have six buildings at Capital Office Park, so there’s something for everyone depending on the tenant's size, use and budget," he said. "Our capital improvements, however, will benefit all tenants alike, and we're about a third of the way into our repositioning strategy."

Cho considers his peers and chief competitors to be not only buildings in Prince George’s County, but also properties in the broader D.C. Metro area. Capital Office Park has daily Metro shuttle service, 24/7 roving security, modern conference and training centers, numerous fitness centers, renovated common areas inside the building, underground parking, a food truck hub and more. An indoor-outdoor pavilion for tenants is in its design stages. The buildings have corporate signage and Energy Star certification.

“For any company, the ability to attract and retain employees, especially millennials, is critical, so we have designed our business plan to enable our tenants to do just that,” Cho said. “In markets where we’ve had a presence, our tenants and the brokerage community understand we are 100% focused on the continued success of our tenants. In fact, we believe that our success is rooted in theirs. So long as something is financially feasible, physically possible and legally permissible, we will do it.”

Morning Calm Management
Morning Calm Management is a vertically integrated real estate investment and management firm with a focus on special situation investing. Through its affiliates, the firm owns and manages more than 5 million square feet of commercial real estate throughout the United States on behalf of private and institutional capital.
Confirmed! You are subscribed to the Bisnow Washington DC E-Newsletter.
Most Read Stories
More Top Stories
Bisnow DC Newsletter
Bisnow DC Newsletter