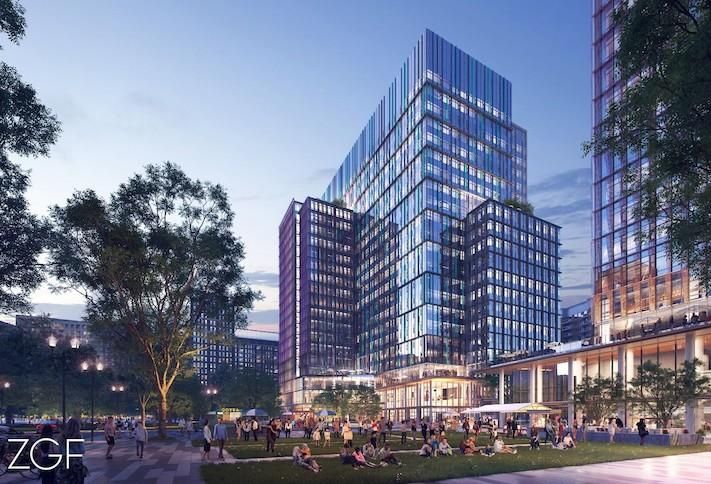 Amazon has been given the green light to move forward with the first ground-up development on its HQ2 campus in Northern Virginia.

The project would be built on a 6-acre site along South Eads Street between 13th and 15th streets South, currently occupied by 1950s-era warehouses. Amazon plans to buy the property from JBG Smith, which will manage the construction as development partner for the project.

The 2.1M SF development is planned to include more than 69,500 SF of retail and 1,900 underground parking spaces. ZGF Architects is working on its design. 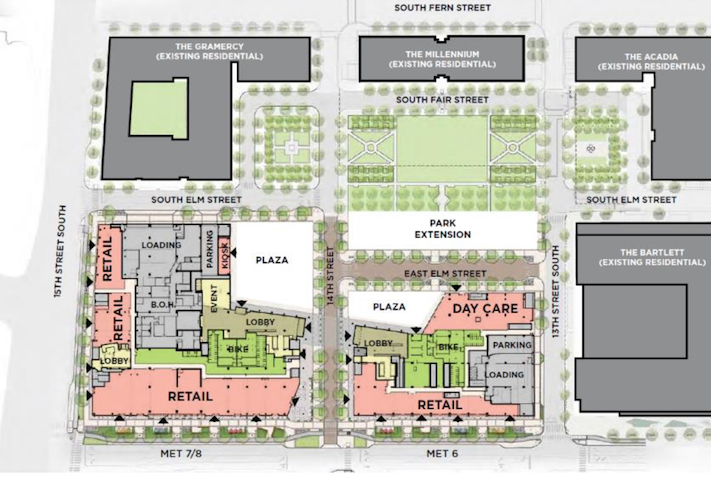 Arlington County
A site plan of the Metropolitan Park development, with the two new Amazon buildings on the bottom left

The new office towers will be constructed next to a 2-acre central public park that is also fronted by four existing residential buildings. The development will also include the creation of two new public streets, breaking up the existing super block by extending 14th Street and South Elm Street through the site.

The development approval comes nine months after the Arlington County Board approved a $23M incentive package at a lengthy, contentious hearing filled with shouts of "shame." Saturday's hearing was not as long, but it did feature some opposition.

Amazon Global Vice President of Real Estate and Facilities John Schoettler told the county board Saturday that the labor violations were unacceptable and the company fired the general contractor and subcontractors involved, according to the Post.

Amazon hopes to complete the buildings on the Metropolitan Park site by 2023, the Washington Business Journal reported. Following that project, Amazon plans to build the next HQ2 buildings on the 10-acre Pen Place site to the north.