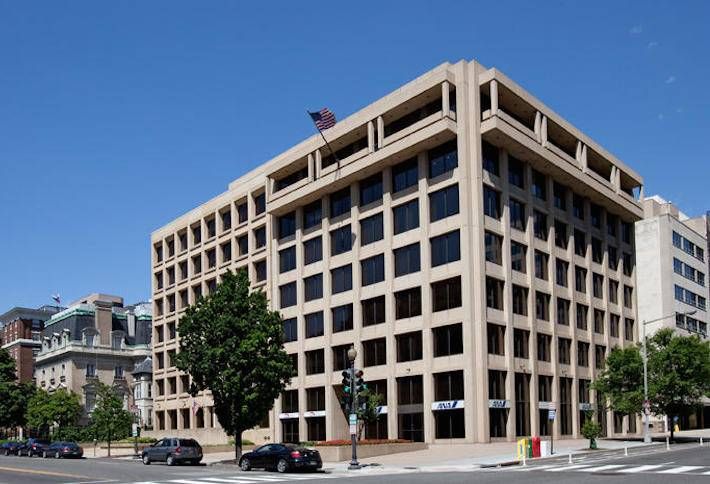 Akridge is making another entry into the DC trophy office market, signing on to tear down two office buildings in the CBD and replace them with a 100k SF, stand-alone building. Akridge, backed by Stars Investments, acquired 1101 and 1111 16th St NW, it announced yesterday evening, from the American Beverage Association and the American Association of University Women. The price was not disclosed.

Demolition is expected to begin June 2016, according to Akridge, and the new building will be ready in 2017. It sure helps the construction timeline to not have buildings on either side. The two associations have signed leases elsewhere and won't be coming back, we're told. 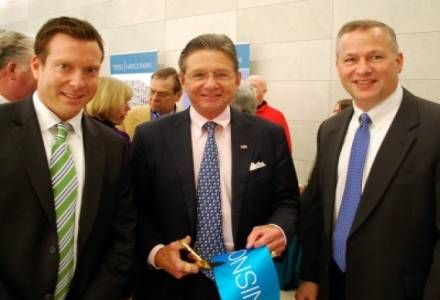 After Akridge turned 1200 17th St NW from Herman Cain's former National Restaurant Association HQ into a trophy office 60% occupied by Pillsbury law firm, one of DC's most prominent office developers is at it again.

"The success of our recent redevelopment at 1200 17th St has demonstrated the strong demand for high-quality and efficient office space," Akridge president Matt Klein (right, snapped with Chip Akridge and Rockwood Capital's Joe Gorin) says. "The project will complement the historic character of 16th Street and will appeal to law firms, associations, and government affairs clients who appreciate a floor plan that maximizes windowed offices, as well as the impressive location near the White House and the city's best hotels."

Cushman & Wakefield brokered the deal for the two associations. Akridge is on a winning streak with 1200 17th and the recent sale of 7550 Wisconsin Ave in Bethesda for $627/SF.