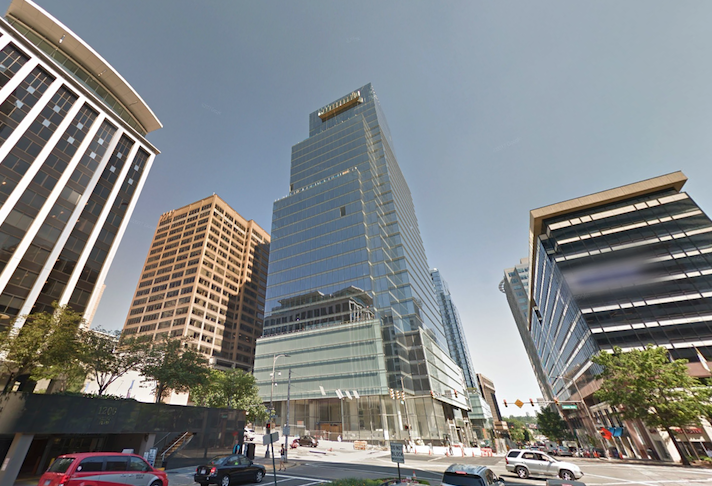 Google Maps
The CEB Tower at Central Place in Rosslyn

Consulting firm Accenture opened a new cybersecurity hub at Rosslyn's Central Place Wednesday and announced plans for a major expansion in the region.

The jobs will bring Accenture's workforce in the region to 8,000 employees and will be based primarily in its D.C. and Arlington offices, with some in Baltimore and Annapolis, the Washington Business Journal reports.

The Cyber Fusion Center in JBG Smith's CEB Tower will be the company's fourth in the world, joining locations in Bangalore, India, Prague, Czech Republic, and Tel Aviv. It will have a "war room" to help coordinate Accenture's 5,800-person global security team with its clients around the world to predict and respond to cyberattacks.

The hub will also feature an Accenture Lab, which the company will move from its Ballston office, for research and development of new cybersecurity technologies. Additionally, it will have a Fjord Studio to incorporate a design-thinking approach into its strategy.

Accenture is the latest tenant to open a space at JBG Smith's 30-story tower at 1201 Wilson Blvd. Convene announced earlier this month it plans to open a 35K SF meeting and event space on the top two floors below the building's observation deck. It is subleasing the space from Gartner, the parent company of CEB, which signed a 350K SF lease to anchor the building ahead of construction. The Central Place development also includes a 31-story tower and retail space with several fast-casual chains.