The owners of the Thurmond Arnold Building at 555 12th St NW have been trying for a few years to find a replacement tenant for Arnold & Porter after the law firm moved to Boston Properties' 601 Massachusetts Ave NW, and they have finally succeeded. 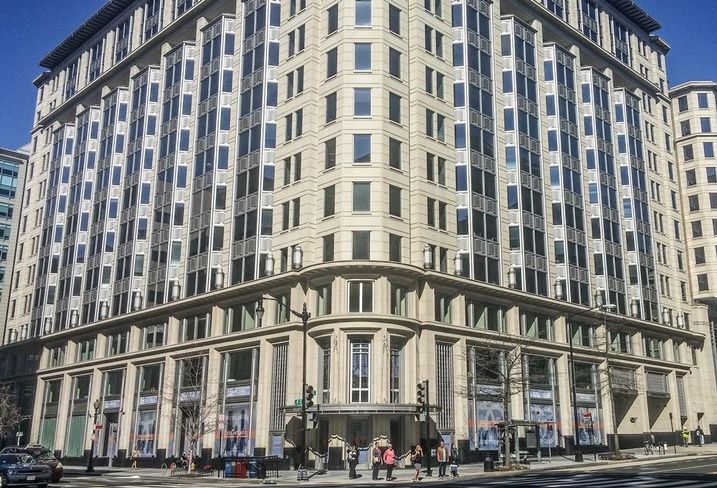 FTI Consulting recently signed a 10-year lease for 93k SF, according to JLL's Q3 market report. A source close to the deal confirmed it to Bisnow this morning. Fannie Mae had been this close to filling Arnold & Porter's space before turning around and signing with Carr Properties at Midtown Center.

FTI will move from 1101 K St NW, just a flew blocks north of 555 12th, and, according to JLL, will take roughly the same footprint. Cushman & Wakefield's team of Brian Raher, Michael Katcher, Mark Wooters and Kyle McFadden handle leasing for the building.

Also in JLL's Q3 report is a letter of intent for IT contractor Macfadden to take 120k SF in a five-year deal. Macfadden is based in Silver Spring at 8403 Colesville Road. Bisnow was unable to confirm the LOI, but if the lease is signed, it would be a blow to the shaky leasing market in suburban Maryland. 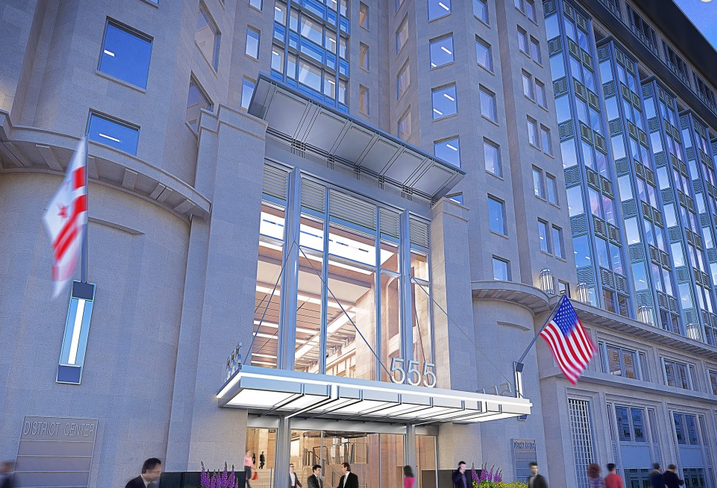 The two leases continue an impressive roll for the building, which has been rebranded as District Center. MetLife and Norges Bank bought the 782k SF, full-block structure in 2014—after Arnold & Porter decided to move—for $505M and immediately planned amenity upgrades. The building opened in 1998 and had huge vacancies in its office space and retail, after the ESPN Zone closed.

Over the last 12 months, the owners have signed 78k SF of retail deals with Saks Off 5th and Nordstrom Rack, two deals brokered by Dochter & Alexander Retail Advisors. If you're counting, that's nearly 300k SF in deals, almost half the space in the mammoth East End trophy, signed in a year. Around 200k SF in the building is still available, we're told.

The building was the first acquisition for the power couple of MetLife and Norges, the Norwegian sovereign wealth fund. They just closed on their second last month: Three and Four Constitution Square in NoMa. Unlike District Center, the 839k SF property comes with a long-term lease in hand from the Department of Justice.