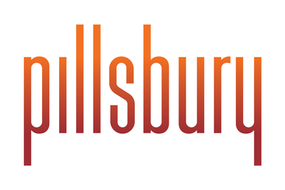 For a decade, steady population growth powered a residential building boom in the heart of Washington. Now, an economy stuck on hold threatens to end that record run.

Developers like MRP Realty, who invested heavily in D.C.’s multifamily market in the last few years, will have their financing, amenities and development plans put to the test to see if they can not only survive the current economic hardships, but come out the other side stronger.

Bisnow sat in on a conversation with MRP Managing Principal Bob Murphy as well as MRP Managing Director Allison DiGiovanni. Led by Jamie Bobotek, an attorney and partner at Pillsbury Winthrop Shaw Pittman, who has worked with MRP on many of its most recent multifamily projects, Murphy and DiGiovanni discussed the state of D.C. multifamily and MRP’s long-term plans that will carry it through and beyond the current crisis.

Jamie Bobotek, partner at Pillsbury Winthrop Shaw Pittman: Though MRP has always had a mix of office and retail in its portfolio, your focus in the last few years has been on multifamily housing. What led you to expand in that space?

Bob Murphy, managing principal at MRP Realty: It’s a response to the market as different neighborhoods have taken off. When we broke ground on Washington Gateway in 2012, NoMa and Union Market hadn’t really kicked in yet, and we were one of the first big projects there. Down in the ballpark area, there was only one development in 2008. Now look at it. And established neighborhoods like Shaw have come into their own as multifamily markets.

Bobotek: Since 2007 and 2008, it’s felt like a perfect storm of high population growth and absorption rates. How long can that continue?

Murphy: Obviously, the current situation with the economy has thrown a wrench in the works, but even over the last few weeks, we’ve seen a high pace of leasing, even though it’s all been conducted virtually.

The market will grow more quickly in some years than others, but I do think it will keep growing. When we started MRP 15 years ago, the entire Class-A apartment market was maybe 15,000 units total. Since then the ballpark area alone has 10,000 units delivered or under construction. The young workforce is still getting married later. After the current health crisis, people will still want to be close to their jobs and to their favorite restaurants and bars.

Bisnow/Jon Banister
The front of Coda on H, with 6K SF of retail and a D.C. Streetcar stop outside.

Bobotek: How important will cultural and socioeconomic factors be in whether that momentum can continue?

Murphy: The elephant in the room is affordability, especially considering how many people are losing income right now. When we started Elevation at Washington Gateway, we went forward with the typical [Inclusionary Zoning policies, which dictate] 8% affordable. Today, over 25% of our pipeline is affordable, many of which are set aside not just for people with 80% of [annual median income], but 60%, 50% and 30% of AMI.

Bobotek: How do you think the recovery from the current crisis is going to look different from say, the last recovery?

Murphy: The banks got really beat up in 2008. When MRP made its first purchase, the Hartford Building in Arlington, in June 2009, it was a struggle to put the financing together, even though the space was 91% leased. The banks weren’t able to play as significant a part in the turnaround in the economy as they will be able to this time.

Once the growth rate in infections has slowed, we should start to see workplaces and restaurants ease back into normalcy. But a lot is going to depend on how quickly we can get a vaccine and how diligent real estate operators are with how we clean our spaces. There could be a long period where restaurants won’t seat anybody at a bar and offices won’t allow workers to sit within 6 feet of one another.

Bobotek: What are you doing right now within MRP’s office assets with respect to coronavirus?

Allison DiGiovanni, managing director at MRP Realty: All the buildings are open with keycard entry, and many of our tenants are providing essential services. We’ve reduced staffing at our buildings to reduce human contact and keep everybody at the property healthy. We’ve adjusted cleaning for high-touch, high-traffic areas.

We’ve also been completing maintenance projects that might have been deferred because they were difficult to complete with a full complement of tenants in the building: work in common areas like painting and cleaning; preventative maintenance like cleaning cooling towers; things that are important but not urgent. This is an opportunity to come out the other side of this crisis better, stronger and having improved the asset for our tenants.

Bobotek: How has D.C. partnered with you in your growth efforts?

Murphy: The Office of Planning and Deputy Mayor’s office have had strong collaboration with developers, but it’s still a work in progress. If the city wants to hit its housing goals, though, it’s going to have to rethink its relationship with density. Not many people are going through the [Planned Unit Development] process because there’s been so many issues with those plans being appealed. So instead, they’re choosing By-Right development and leaving density behind in order to avoid litigation.

When these PUD deals get held up, it holds up density and workforce housing. I think about if those By-Right deals had gotten through the PUD process, we could have several thousand more affordable housing units than we do right now. MRP hasn’t submitted a new PUD in a year now, and we probably won’t until the city’s zoning policies change. It’s very close to getting resolved, and I think it will be soon. Everyone wants to work with the city to come up with a solution that makes sense.

Bobotek: How are you thinking about tenant experience, not just now, but for after the coronavirus crisis?

Murphy: It’s a combination of enhanced physical amenities and technology to provide more services. On the physical side, it could be pools or larger fitness centers, indoor-outdoor space and bike storage. Some of our buildings now have dedicated coworking spaces that build on the club or lounge space that other assets might have.

It also makes a big difference what retailers we are able to bring into our mixed-use assets. Having a grocery store in their building is absolutely a nice benefit to our residents, who don’t need to venture out right now to get supplies.

DiGiovanni: We’re exploring the process of developing an app for all of MRP’s buildings. The goal would be to handle all the basics like a building events calendar and identification, cleaning requests and security and visitor management modules. At our office properties, it will also lower friction for our tenants when they move in and out to handle technology like audiovisual and IT hookups and assist them with reserving conference rooms and placing food and beverage orders.

On the services side, we’ve been partnering with Hello Alfred, especially at our Coda locations, to provide concierge services like automated package delivery, dry cleaning pickup and services like dog walking or grocery delivery. It also handles visitor management and access to your building and your apartment.

Bobotek: At least in big law firms, there was a move to incentivize employees to work from home even before coronavirus. Have you considered that impact both on multifamily amenities and maybe a reduction in overall need for office space?

Murphy: The office has really been on this kind of trajectory since the advent of the smartphone, when we realized we could not just work from home but work from anywhere. I think coronavirus is certainly going to speed up the adoption of work-from-home policies, but that was where we were going anyway.

Will we use less office space thanks to coronavirus? Certainly. But humans are social animals, and social interaction of being in an office can’t be replicated on Zoom. There’s always going to be a need for office.

This feature was produced in collaboration between Bisnow Branded Content and Pillsbury Winthrop Shaw Pittman. Bisnow news staff was not involved in the production of this content.

Pilllsbury Winthrop Shaw Pittman LLP
Throughout the United States and worldwide, Pillsbury Real Estate lawyers advise market-leading clients on transactions and development projects of every kind involving all asset classes. Offering deep market knowledge, a coast-to-coast U.S. presence, with global reach, Pillsbury is one of the few firms with the size and geographic footprint to handle the full range of real estate assignments, from multijurisdictional portfolio transactions to single-asset deals in local markets. As needed for specific projects, our Real Estate lawyers build teams to include our firm’s construction, insurance advisory, project finance, litigation, tax, environmental, labor and employment, and bankruptcy practice lawyers to assure comprehensive streamlined service. Beyond handling complex transactions and advising on development projects, we are highly experienced in public-private partnerships and a leader in design and construction projects and real estate litigation. Our lawyers work closely with clients to understand their goals and business needs. We anticipate issues, overcome hurdles, minimize costs and risks, and expedite permits and approvals to close deals efficiently. Our clients rely on our decades of experience and impressive record for creative, effective representation.
Confirmed! You are subscribed to the Bisnow Washington DC E-Newsletter.
Most Read Stories
More Top Stories
Bisnow DC Newsletter
Bisnow DC Newsletter