'The Floodgates Are Going To Open': Virginia Lifts Ban On Apartment Evictions

Virginia courts were authorized to resume hearing eviction cases Monday, allowing hundreds of landlords to try to force nonpaying tenants out of their apartments as the coronavirus pandemic and economic crisis continue to rage on. 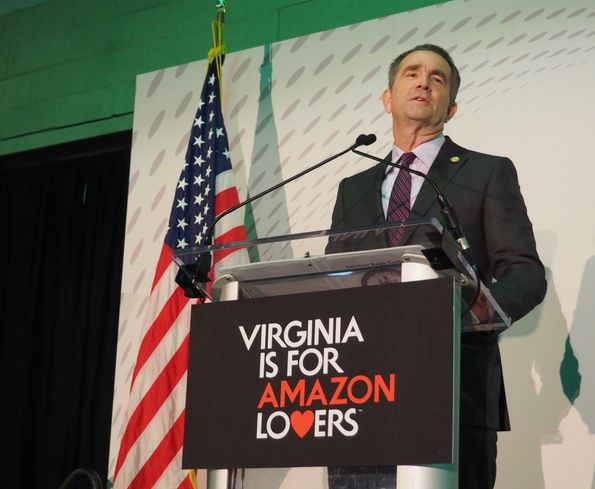 Eviction proceedings in Virginia were first halted in March, when Gov. Ralph Northam declared a state of emergency. There was then a temporary resumption of court eviction proceedings in mid-May, when Virginia entered Phase 1 of its reopening process, but Northam then issued an eviction moratorium June 8 as he worked to set up a rent relief program.

Northam said Thursday he would use CARES Act funds to deploy $50M in rental and mortgage assistance to residents. Some advocates say that money likely won’t be sufficient, and it may not reach renters quickly enough to avoid evictions.

Landlords are already lining up and preparing to bring hundreds of eviction cases before Virginia judges.

One law firm that represents landlords, Offit Kurman, had roughly 200 eviction cases pending in Fairfax County when hearings were halted June 8, Offit Kurman attorney Alyssa Davies said. It will now continue to move forward with those cases, plus another 50 to 100 new cases it has received from clients over the last few weeks.

"We have a huge backlog of cases in Fairfax," Davies said. "If we have 200 cases, you can only imagine how many the clerks have. The floodgates are going to open and we are going to be in court for a really long time."

The resumption of eviction cases comes as many Virginia renters are still struggling to pay their monthly bills. According to a weekly U.S. census survey released Wednesday, 11% of Virginia's 1.8 million renters had no confidence they could pay next month's rent, and another 17% had only "slight confidence" in their ability to pay.

Virginia Legal Aid Society Housing Attorney Lydia Turnier, who represents tenants in eviction cases, said many renters who face eviction have no other place to go.

"It's really difficult for our clients to find housing because there's not a lot of the usual turnover in apartments, because people are staying put," Turnier said. "A lot of our clients aren't working, we have a lot of clients who are high-risk population for COVID, so to get out and move at this time, they have a lot of worries for their health.”

“Also, when someone has an eviction on record, it makes it that much more difficult for them to secure housing," she added. 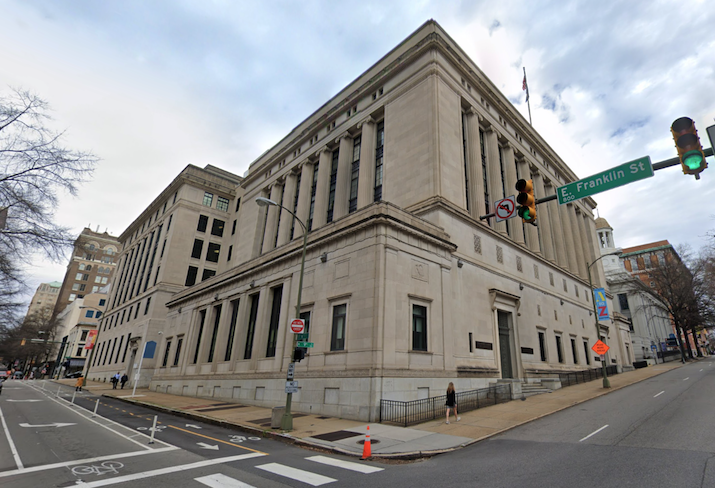 Tenants who can prove they were financially affected by the coronavirus can petition the judge for a 60-day postponement on their eviction proceedings, Davies said. Additionally, tenants in buildings covered by the CARES Act, such as those with federally backed loans or Section 8 housing vouchers, will remain under an eviction moratorium until at least late July.

In many cases where her landlord clients are pursuing evictions, Davies said tenants were already behind on rent prior to the crisis, or they breached the lease agreement with noise complaints or other violations.

Bozzuto, one of the largest apartment owners and managers in the region, said it may pursue evictions for residents who have broken lease terms or had missed rent before the crisis but would be more lenient with those whom the pandemic has directly affected.

"We continue to follow guidelines set forth by the jurisdictions where we operate, and we will continue working with our residents who have been impacted by COVID-19," Bozzuto Management Co. Managing Director of Operations JoLynn Scotch wrote in an emailed statement. "For residents who were previously flagged — due to chronically late payment or non-payment, or for breaking their lease terms — we may proceed with evictions where appropriate."

Salim Furth, a senior research fellow at George Mason University's Mercatus Center, said landlords may not aggressively pursue evictions against tenants who couldn't pay rent during the crisis, because it could be difficult to fill those vacated units during an economic recession.

"They're taking into account the question of whether they can get another paying tenant," Furth said. "Landlords don't want to try to fill a ton of vacancy at once."

Furth released a policy brief June 19 recommending a series of actions states can take after lifting eviction moratoriums to ease the burden on the housing market.

The first — and easiest — of his recommendations was that states should publish a model payment plan agreement to help landlords and tenants settle disputes before reaching courts. He also recommended elected officials and courts should set priority rankings of eviction cases to be heard, putting cases involving violence, nuisance and property damage ahead of those solely based on missed rent.

"It may be that it happens naturally that the market says, 'We don't want a tsunami,' because the landlords will lose just as much from evicting tenants," Furth said. “But policy can push us toward a point where we have neither a moratorium nor a tsunami.”

Furth said most states, including Virginia, haven’t adopted any of the policy solutions he recommended. He said the $50M rent assistance program Northam announce sounds "reasonable," but it may be difficult to efficiently deploy the funds.

The Virginia Department of Housing and Urban Development asked the governor for a $200M rent relief program, and the National Low Income Housing Coalition pegged the state's rental assistance need at $1.6B, Bloomberg CityLab reported.

"The trickiest thing is going to be allocating it and identifying people who aren't receiving other government aid that makes them capable of paying their rent," Furth said. "It's easy to say, 'I can't pay my rent right now,' but the [state] government wants to be able to actually target people who aren't already being taken care of by the federal government."

Turnier said her tenant clients still need to jump through a series of hoops before receiving the money from Virginia's new program, and she was unsure whether people in need would receive the funds before their eviction cases are heard in court. She said she would have liked to see a more coordinated, better-communicated eviction policy from Virginia and its counties.

"A more unified approach that took into consideration the reality of what the population who are going to face these evictions are going to face, as far as not having a place to go and homeless shelters already having a large number of people there, it would have been nice to have things already put in place and have more cohesiveness to it," Turnier said.