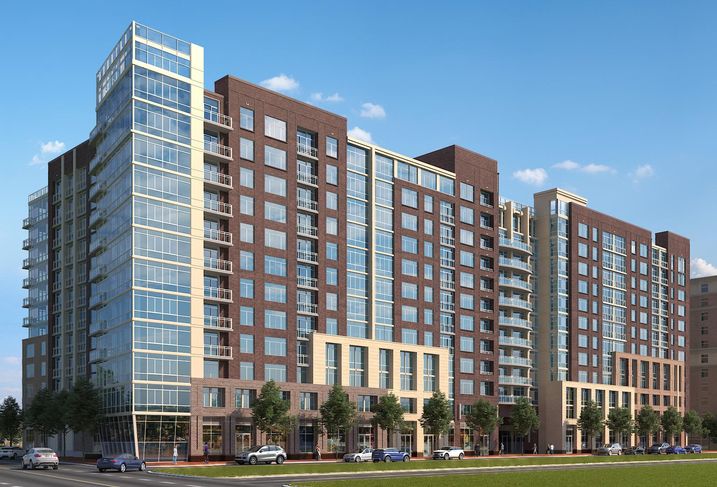 The National Landing residential boom is underway. Even before Amazon announced that it would make its second headquarters in Northern Virginia, developers and investors were interested in the area, which encompasses Pentagon City, Crystal City and Potomac Yard.

Now, demand and excitement for new residential stock in National Landing is growing, and more than 4,300 residential units in new mixed-use projects are under development, in addition to recently completed projects The Altaire and The Witmer.

Though the National Landing area already includes over 15,000 residential units, these developments will deliver much-needed housing supply in a region that continues to see lagging housing production in the face of increased demand.

“It’s an exciting time for the neighborhood,” Gabriel said. “This area has long been considered a 9-to-5 community made up mostly of auto-oriented office buildings. These new, well-designed residential buildings and street-level retail offerings will pave the way for us to create a more urban, walkable downtown with greater options for places to live, work and visit.” 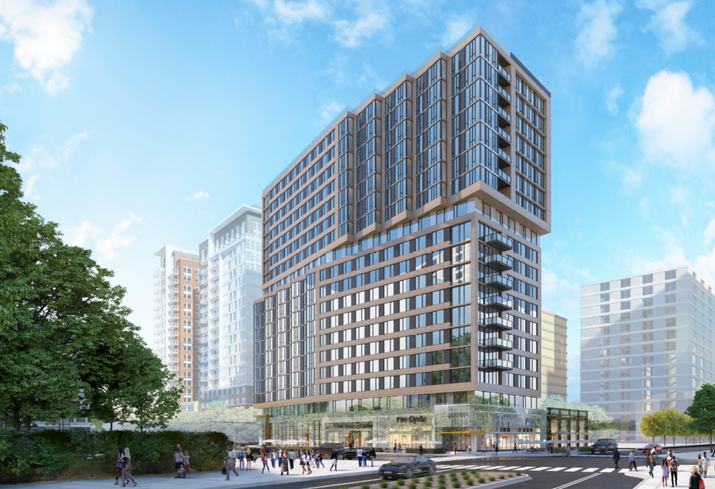 Emblematic of this transformation are two new luxury apartment projects under construction in the area’s southernmost district, Potomac Yard. The Clark from Property Reserve Inc. and the Sur from Erkiletian Development Co. will together deliver more than 700 residential units and 21K SF of retail by 2020.

Gabriel said these buildings will each offer an array of experience-based amenities to complement the new, park-centered urban design envisioned for Potomac Yard.

Just north, Crystal City is preparing to welcome another nearly 2,200 units. Projects currently in the review process include the 12th Street Apartments from LCOR with 280 units and ground-floor retail; Crystal Houses from Roseland with nearly 820 units; JBG Smith’s two residential towers at 1900 Crystal Drive, which will add approximately 750 units; and the Century Center from LaSalle Investment Management.

LCOR’s 12th Street Apartments promise to further transform 12th Street South into a vibrant urban corridor, while the Crystal Houses project, which represents a unique infill opportunity, will include townhome offerings in an effort to provide "missing middle" housing options. 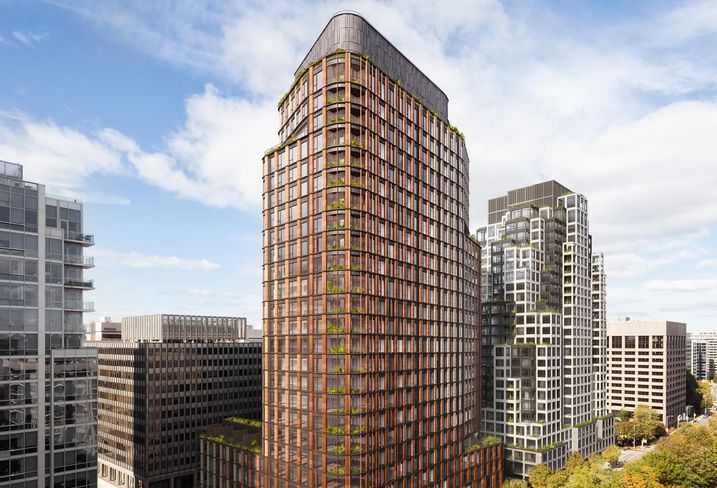 Courtesy of JBG SMITH
1900 Crystal Drive will be over 700 units.

Finally, in Pentagon City, Kimco plans to add an additional 264 units and 15K SF of retail in the second phase of the Pentagon Centre redevelopment, which will complement the recently completed Witmer as well as future plans for over 700K SF of office space and nearly 70K SF of retail.

JBG Smith’s recently announced plans for another 1,000 units on the existing RiverHouse site further takes advantage of the infill redevelopment opportunity, while also providing additional retail to meet the increasing demand for street-fronting space in the area.

“As developers deliver new residential units through a mix of housing types — all of which are in walking distance to transportation options and retail amenities — the area is set to become an even more attractive and vibrant urban downtown,” Gabriel said.

This feature was produced in collaboration between Bisnow Branded Content and the Crystal City Business Improvement District. Bisnow news staff was not involved in the production of this content.