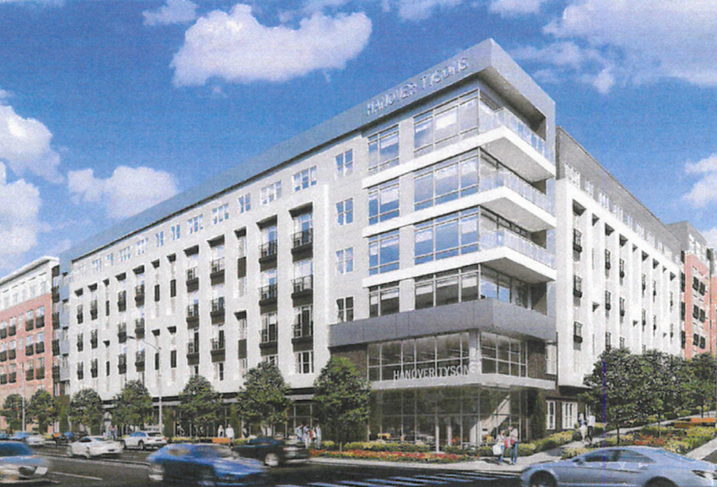 A vacant Tysons office building could soon be torn down and replaced with apartments.

Houston-based Hanover Cos. submitted an application with Fairfax County to build a 400-unit project at 1500 Westbranch Drive, the Washington Business Journal reports.

The 5.8-acre site at the corner of Jones Branch and Westbranch drives sits near the intersection of the Dulles Toll Road and the Beltway, and is nearly a mile from the closest Metro station. The vacant, 135K SF office building on the site was built in 1983. Hanover bought the property in April for $16.5M.

The project would not be Hanover's first foray into the Tysons multifamily market. The developer in 2015 completed the Nouvelle at Tysons Corner, a $136M, 27-story high-rise with 461 units. It also built the Hanover Shady Grove apartment building in Montgomery County. The Houston-based firm also works in Baltimore and several other major markets across the U.S.

Tysons, an area typically known for its office buildings and malls, is experiencing a growing multifamily market, with major projects in the works near its four Silver Line stations, including The Boro and Scotts Run. The rapid growth of Tysons' apartment market has caused some developers to worry it is being overbuilt and will not be able to achieve rent growth.