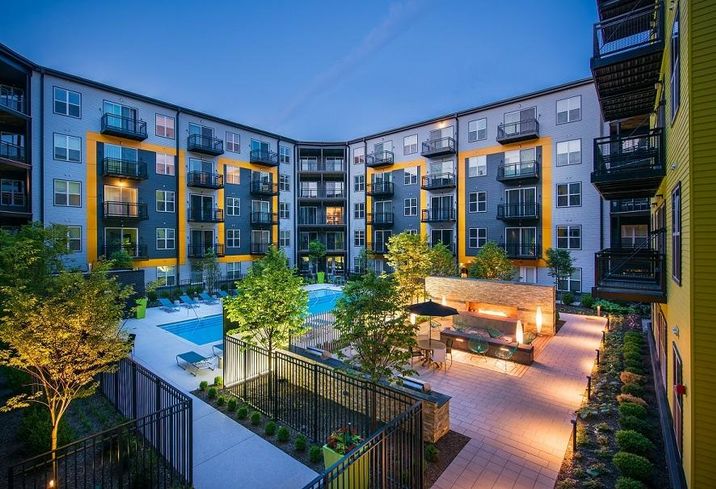 Courtesy: Passco
The outdoor courtyard at The Parker, a 360-unit apartment community near the Huntington Metro

After breaking into the D.C. market last year with a $70M buy, California-based Passco Cos. has added to its portfolio with the purchase of a 360-unit multifamily community near the Huntington Metro Station.

The investor acquired The Parker from a JV of MRP Realty and AEW Capital Management for $112.75M. Eastdil Secured's David Nachison brokered the deal.

The property at 2550 Huntington Ave. sits just south of the Beltway in the Alexandria section of Fairfax County. It is across the street from the Huntington Metro station, the southern terminus on the Yellow Line.

MRP and AEW jointly acquired the site, previously a 40-year-old office building, in late 2012 for $22.5M. The JV then rezoned the property to include the 360-unit apartment community, a 110K SF hotel and a 260K SF office building and broke ground in 2013.

The Parker, a multifamily community with two landscaped courtyards, a swimming pool, a virtual sport simulation room, a fitness center and a dog park, was 92% occupied at the time of the deal.

The Irvine, California-based investor has more than 50 properties in its portfolio across 17 states. It entered the D.C. market in March 2016 with the $69.5M acquisition of The Shelby, a 240-unit Alexandria multifamily community developed by Insight Property Group that sits just over a mile from The Parker.