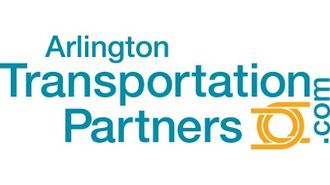 How Arlington’s Multifamily Properties Are Prepping For Amazon HQ2

Now that both Nestlé and Amazon are coming to town — and bringing thousands of new commuters with them — Arlington County is increasingly focused on making its wealth of local public transit options more accessible, and building owners are focused on providing their residential tenants with something they all want: a smooth commute.

1. Introduce Residents To The Neighborhood — Including Public Transit, Pedestrian and Bike Routes

"Sometimes new residents need an encouraging word from a savvy leasing agent to get out and explore all their options beyond driving," ATP Business Development Manager Claudia Pors said. "Organizing activities and initiatives that show new residents around the neighborhood can help them find new commute options such as walking, biking and taking public transit. This could be all it takes to cut back on the number of cars on the road at rush hour."

At Kettler’s m.flats in Crystal City, management has made a dedicated effort to introduce new residents to the neighborhood and encourage them to get the most out of the transportation resources close at hand. The property manager and the leasing team participated in an ATP training session to get up to speed on local transit options in order to give residents and prospective tenants the most accurate information about everything from the new Metroway route to Capital Bikeshare. They also encouraged building-wide participation in National Walking Day to help residents become familiar with Crystal City’s walkability.

Commuting by bike can be intimidating, especially for residents who are new to a city or neighborhood.

Garfield Park, a Kettler-managed development in Clarendon, conducted a tenant survey and found that even though their building was located in a famously bike-friendly area and equipped with a bike room with elevator access to the sidewalk, few residents were cycling to work. To help encourage more commuters to take to two wheels, Kettler worked with ATP and BikeArlington to host a guided ride from the building to Theodore Roosevelt Island, during which guides brought tenants up to speed on wayfinding, traffic etiquette, safety tips and local bike laws.

And to build up the infrastructure of support along commuter routes, last year E.G. Reinsch created a free and publicly usable bike fix-it station at Dorchester Apartments on Columbia Pike for cyclists who need a hand.

AvalonBay Communities, which owns and manages the AVA Ballston apartments, wanted to make sure traveling around Arlington by foot, bike, metro, bus or car-share was easy and accessible for their residents. They installed TransitScreen near the building entrance, giving all residents access to all the data they need to gauge their best route on the fly.

With just a glance, TransitScreen tells residents when the next bus or Metro train arrives, and how many Capital Bikeshare bikes are available nearby. Plus, AVA management provides a private shuttle for residents to the Ballston Metro Station.

For residents who need to drive just once in a while, management also worked with Zipcar to add a car-share program on-site.

4. Keep Up With The Latest Transportation Tech

New green tech is not only a step toward sustainability — it can help attract a growing population of new residents who want green features and infrastructure to be part of their residential life.

At Dittmar-owned Courtland Towers in Courthouse, management noticed a growing number of electric vehicles among its residents, and opted to retrofit the building’s garage with electric charging stations, setting them apart from the competition and giving prospective tenants who drive electric vehicles an extra incentive to move in.

This feature was produced in collaboration between Bisnow Branded Content and Arlington Transportation Partners. Bisnow news staff was not involved in the production of this content.