A four-story apartment project within a half-mile of a Montgomery County Metro station has taken nearly a decade to move forward, but the developer sees the roadblocks facing suburban housing construction as a potential benefit to its portfolio. 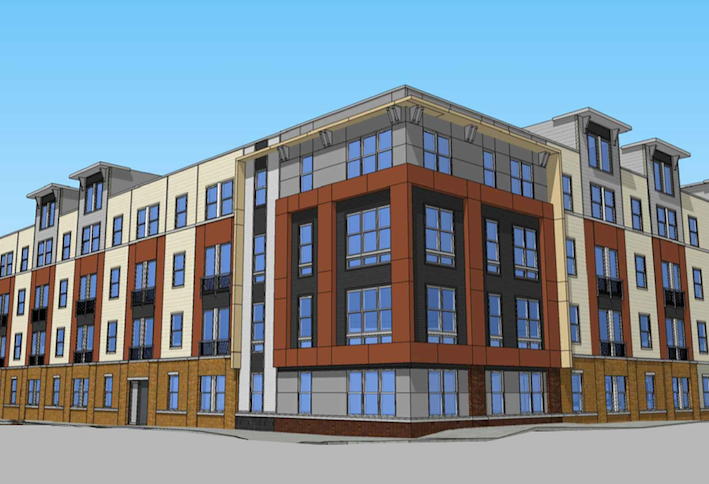 AvalonBay Communities announced in its Q4 earnings report Monday it broke ground on Twinbrook Station, a 238-unit project in Rockville.

The developer filed an application in June 2009 to replace a series of one-story office buildings with a four-story, 55-foot-tall apartment building. The site at 12720 Twinbrook Parkway is less than a half-mile from the Twinbrook Metro station.

The Rockville Planning Commission approved the project in 2015 following a contentious debate over its effect on local schools. It was the first project approved after Rockville loosened an ordinance restricting development around over-capacity public schools. The proposal was allowed under the new regulation, but one Rockville planning commissioner said during a 2015 hearing the panel still had the power to take matters into its own hands and reject the project despite its compliance.

Montgomery County last year placed a new moratorium on development in three school districts, and it could expand it this July to include six more areas, preventing new housing until new school space is constructed. A Sage Policy Group report, commissioned by a business advocacy group, last month criticized the moratorium and said the county should dip into its reserves to build more schools and allow new development.

But the time it takes to move forward on projects can be advantageous for developers who have the balance sheet to navigate a long process. AvalonBay told investors Tuesday it is pursuing a strategy of developing in suburban areas where roadblocks to development can reduce the competition.

"At this point in the cycle, all of our starts this year are high-density, wood-frame product, typically in infill suburban locations where demand is strong and there are more supply constraints than urban submarkets, so it takes a little longer to get through the process and that tends to reduce supply," AvalonBay Chief Investment Officer Matthew Birenbaum said on its Q4 earnings call Tuesday.

The Twinbrook Station development is planned to deliver in 2020, according to AvalonBay. It will include 24 studio units, 115 one-bedrooms and 99 two-bedrooms. Thirty of its units will be set aside as affordable. 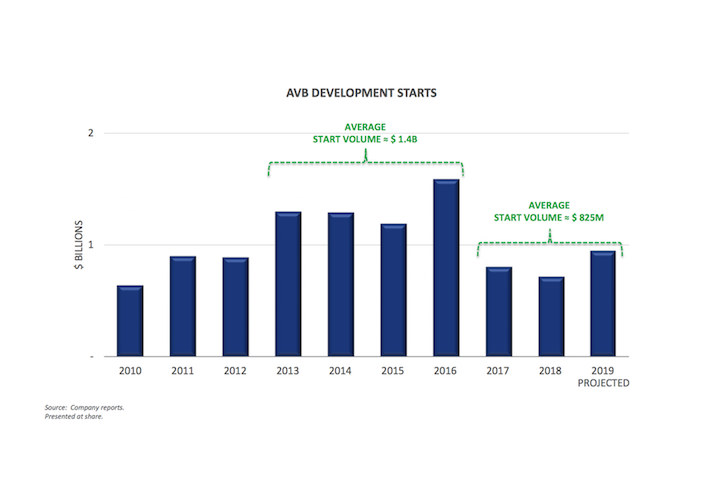 The $66M project has the lowest projected rents of the 21 apartment developments AvalonBay is currently building across the country. The developer projects average rent at Twinbrook Station will be $1,710/month, according to an investor filing.

The developer's pipeline of projects under construction include 6,609 units across 21 projects, largely in Maryland, Massachusetts, New York, New Jersey, California and Washington. The pipeline represents $2.4B in planned investment.

While it still has a large development pipeline, the REIT has reduced its pace of construction starts over the last two years. Its average annual project starts between 2017 and 2019 total $825M, down from $1.4B annually in the prior four years.

"Our development activity has been moderating as the cycle matures ... as good deals are harder to find and capital becomes more costly," Birenbaum said.