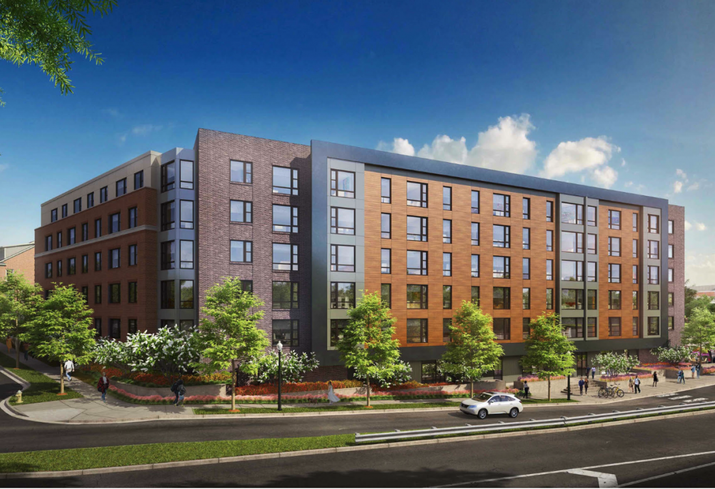 The site of Arlington's former Red Cross headquarters will soon be home to a 199-unit multifamily project.

The Arlington County Board Saturday unanimously approved Wesley Housing Development Corp.'s plan to redevelop the property near the intersection of Arlington Boulevard and North Glebe Road in the Buckingham neighborhood.

The project encompasses a full block at 20 North Thomas St., 19 North Trenton St. and 4333 Arlington Blvd., about 1 mile south of the Ballston Metro station. The four-story multifamily building will front Arlington Boulevard, while the three-story townhouses will front Thomas Street. It will be built in two phases, with the townhouses coming first.

The developer filed plans for the project in March 2017. It received strong opposition from some neighbors, who argued the building would be too tall for the neighborhood, would reduce the amount of green space or worsen traffic conditions. Housing advocates, such as Greater Greater Washington, pushed for the project to be approved, arguing it would create much-needed affordable housing. The units in the multifamily building would have an average affordability of 60% of area median income.

“This redevelopment meets many of the goals of our Affordable Housing Master Plan,” Arlington County Board Chair Katie Cristol said in a release. “It adds to our stock of affordable housing, and importantly, adds affordable homes in our Metro corridors, north of Arlington Boulevard.