Inside The Wharf's Apartment Buildings, Less Than A Month From The Grand Opening 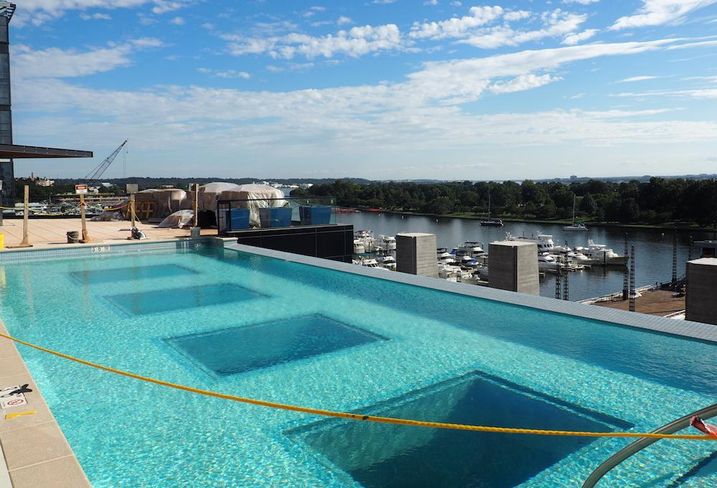 Bisnow: Jon Banister
The outdoor pool at The Wharf's 501-unit The Channel apartment building, above The Anthem music venue

The Southwest Waterfront is bustling with construction workers as The Wharf prepares for its Oct. 12 grand opening. But before the celebration, residents will begin moving in as early as Friday to The Wharf's two apartment buildings, The Channel and Incanto. Bisnow took a look inside the two new properties Hoffman-Madison Waterfront is offering to renters.

The Channel consists of 501 units in two towers sitting above The Anthem, the 6,000-seat concert venue 9:30 Club founder Seth Hurwitz is creating. The infinity pool in the building's sixth-floor courtyard has windows in its floor that look down to the lobby of The Anthem.

The water runs off the pool's edge down a fountain that sits on the outdoor terrace of La Vie, the French-Mediterranean restaurant from the team behind popular 14th Street spot Provision 14. La Vie will also operate a bar for residents near the pool in The Channel's courtyard. The courtyard also features bocce courts, a dog run, grills, seating areas and a community garden. 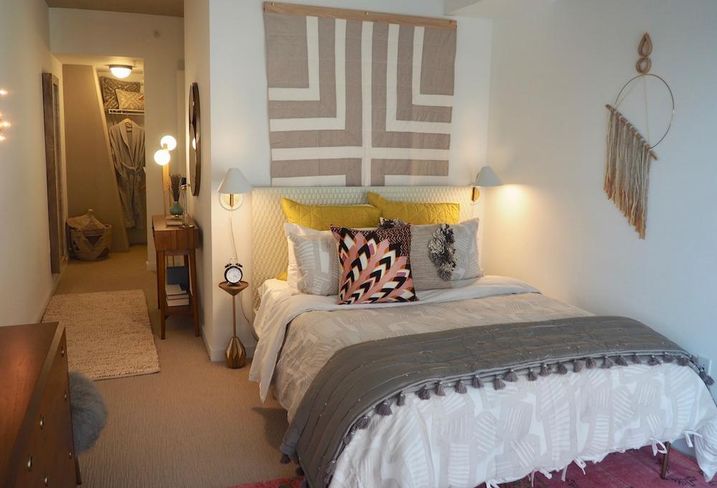 Bisnow: Jon Banister
The bedroom in the one-bedroom model unit at The Channel 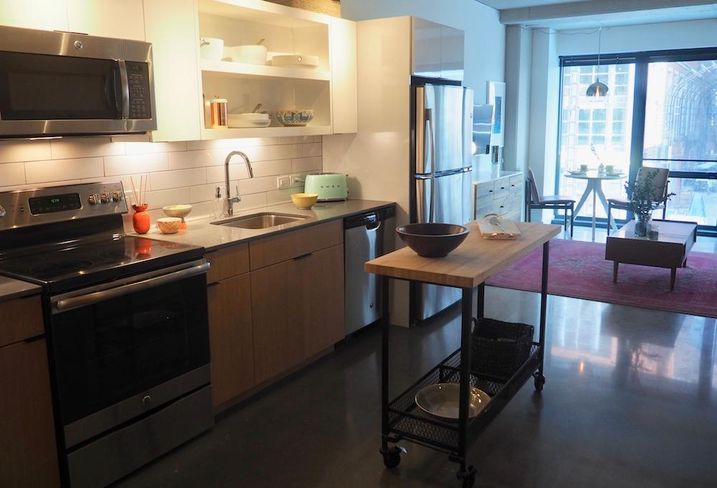 The units at The Channel have concrete floors and exposed concrete ceilings, barn-style doors and floor-to-ceiling windows. The studios have Murphy Beds that fold up into the wall to create the feel of a living room. The larger units have movable islands in the kitchen. 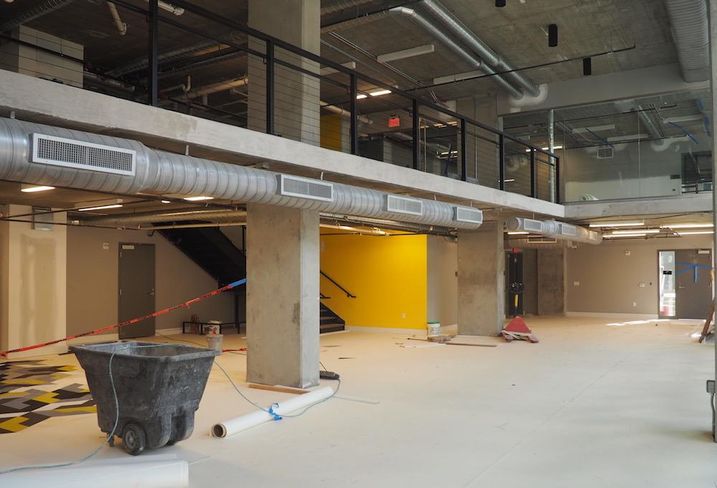 Among the channel's indoor amenities is the two-level, 5K SF fitness center. When construction is completed, the gym will have cardio machines along the windows, free weights, machines and a studio that will offer 32 classes each month.

The two towers are connected by a wide social hallway called The Link that will have shuffleboards and foosball tables. The Channel also has a party room with a bar and kitchen where residents can host events. Additionally, it has a library lounge with a television and seating, tables and bookshelves. 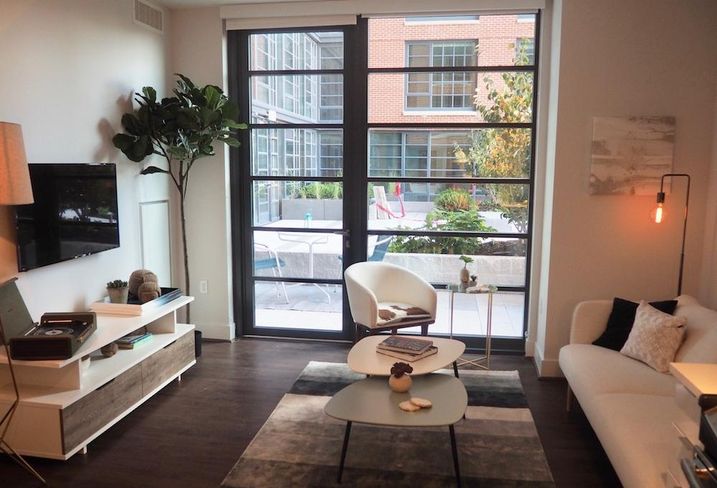 Bisnow: Jon Banister
The living room inside the model unit at The Wharf's 148-unit Incanto building

While The Channel is targeted toward a younger, more social audience, Incanto was designed more like a high-end condo building for those looking for a quieter, more refined living experience. The 148-unit rental building has less space for amenities, but residents can pay an extra fee to access all of the social spaces at The Channel.