Inside The Westlight Condos, Where People Camped Out To Buy

When the first 20 contracts were released last month for EastBanc's new Westlight condo building, a line of 50 people formed outside the sales office, with more than a dozen waiting overnight. For one of the most expensive new multifamily projects in DC, at $1,200/SF, even the sales team was surprised, so we took a look inside to see what all the excitement is about. 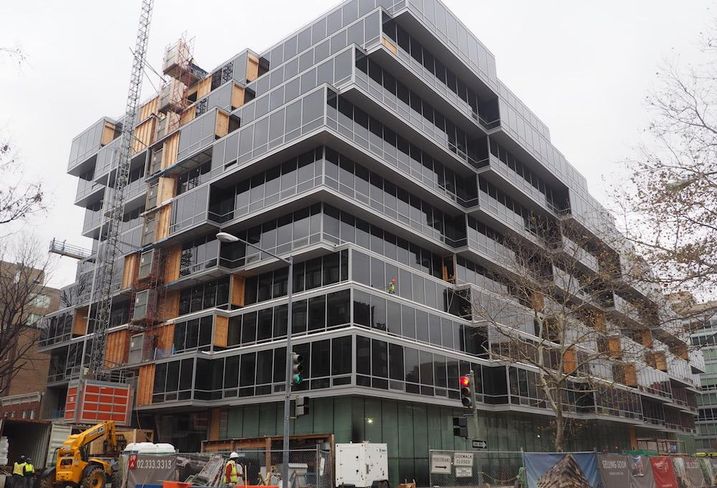 The building, designed by architect Enrique Norten, stands out in its West End neighborhood with a cantilevered glass façade. It is split into two separate towers, one with 71 for-sale condo units and another with 93 rental apartments.

The first phase of condo contracts, the original 20, plus three backups, were signed within a week of the release. Sales director Mei-Mei Venners tells Bisnow they tried to avoid the bidding war that happened with the opening of Eastbanc's 1055 High condo project in Georgetown, where some ended up paying $800k above the asking price.

She says all 23 of the contracts signed for Westlight have been at asking price or higher, with some above $4M. Since the project still has 48 more condos to sell, they were able to avoid a bidding war, but the impassioned interest in the units was evident from the overnight campers.

"[Eastbanc president] Anthony Lanier has a following in the community," Mei-Mei says, "so when he opens a new one, people are going to camp out." 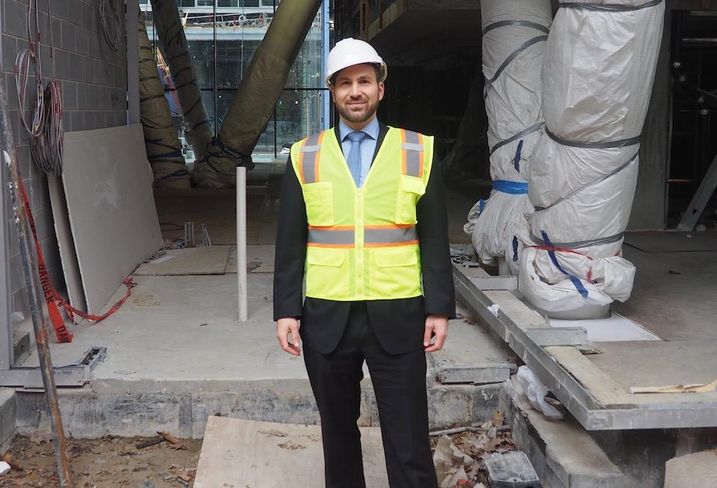 Because of the unique architectural design, the building's lobby and many of its rooms feature diagonal beams, like the ones in the entrance above, behind sales associate Chris Blakemore.

The majority of the units are larger, with two or three bedrooms, some as big as 3k SF.

"If someone’s coming in from a big house and they want to live the city life," Chris said, "this is the square footage they’re going to need. It’s becoming more and more attractive." 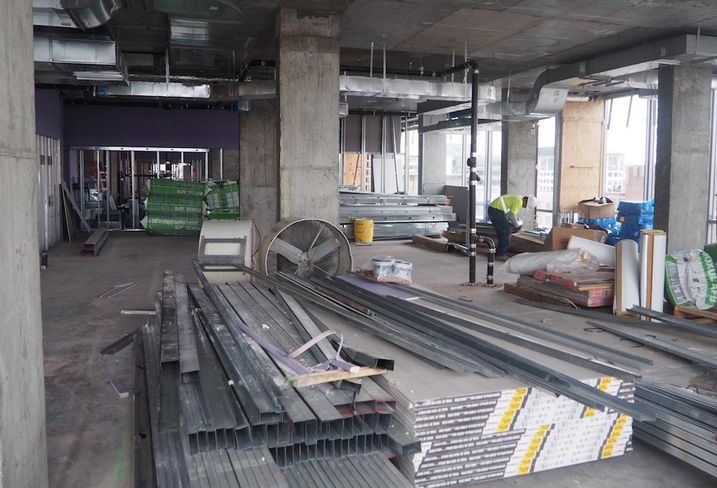 The space above will be unit 10C, the building's top-floor corner penthouse and its most expensive unit.

When the first 23 contracts went out, prospective buyers were able to choose from any of the 71 units, and Chris says the 3k SF penthouse unit is under contract for roughly $1,500/SF. This brings the price tag to about $4.5M, according to Bisnow's back-of-the-napkin calculations. 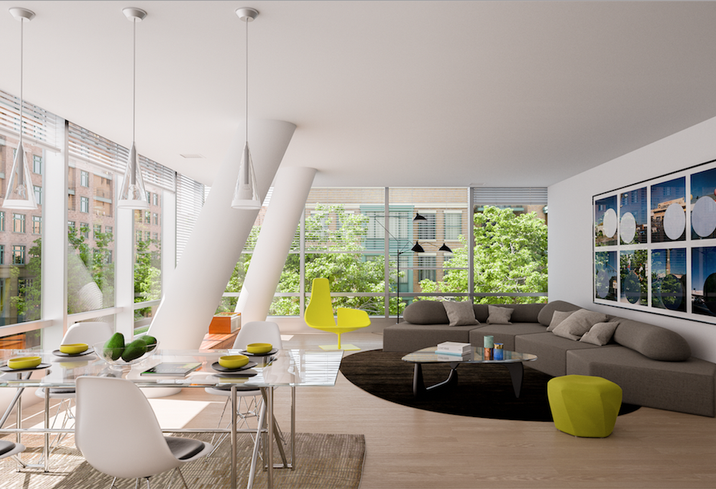 Here's what unit 10C will look like upon completion. The building is slated to deliver in June with residents moving in between June and September.

The second phase of contracts, either 10 or 15 new ones, will be released in late February or early March, but Mei-Mei is unsure if they will use the same in-person release method since it will be awfully cold for an overnight wait. The remainder of the contracts will be released upon the building's delivery.

The developer will likely be able to price them higher once people can tour the finished product, but the sales team wanted to get out in front and sell a portion early because of the intense interest in the building. 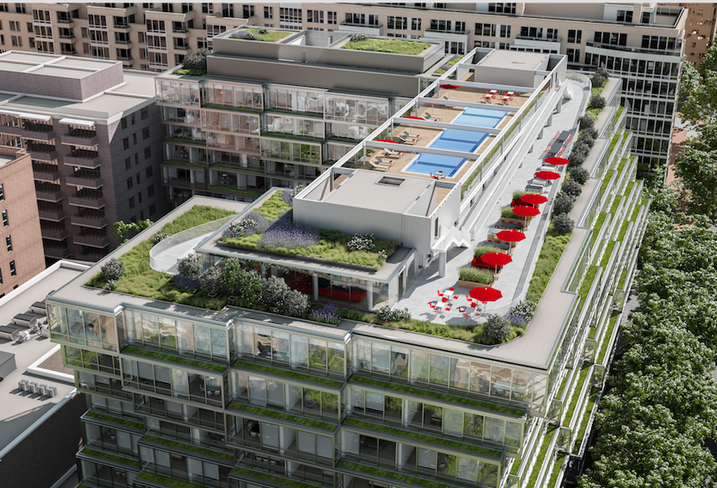 The building has a massive roof deck with a 25-meter-long pool. The green space in the front left of the above rendering, along with the indoor club room, will be private to the condo residents. The pool deck and grill patio will be shared between the condo and apartment dwellers. 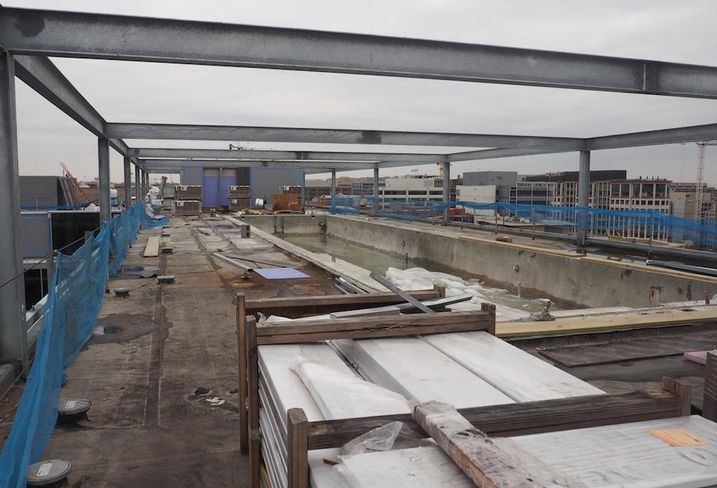 Here's what the pool looks like now. At 25 meters, it will be one of the biggest rooftop pools in the District.

On the ground floor, the building will have a 21k SF public library and a café with outdoor seating. Chris said buyers were equally excited about the rooftop amenities and opportunity to go downstairs and grab a book and a coffee.

"I think it’s going to be a great asset," he said of the library. "It will be very modern and sleek." 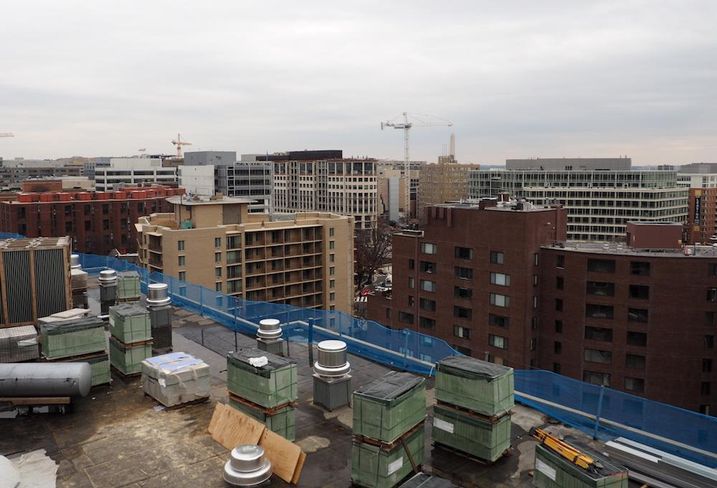 Residents enjoying the rooftop amenities will have views spanning from the Washington monument to Rosslyn and Georgetown. 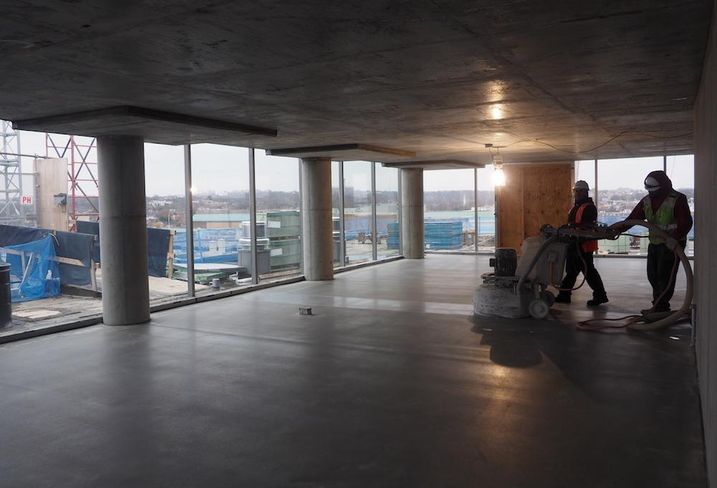 While walking the roof, we snapped some workers polishing the floor of the private clubroom. The clubroom will have a catering kitchen plus a private outdoor terrace with grills. The building's other amenities include a fitness center, on-site maintenance and a porter who will run quick errands for condo residents. 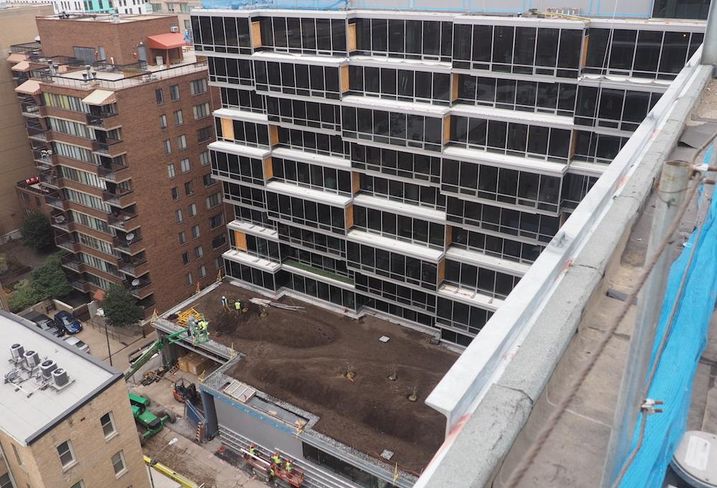 Pre-leasing has yet to begin on the 93-unit rental component, shown above. Apartment residents will have a separate lobby, entrance and address than the condo owners. The elevated platform on the back of the building will become a green garden space with seven-foot trees. 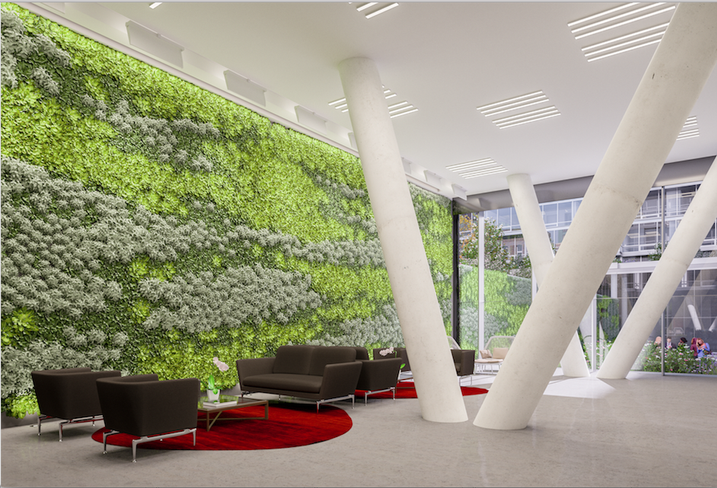 Speaking of green, the lobby will feature a 50-foot-long living green wall, shown above. It also will have a lighted hanging sculpture from artist Ingo Maurer.