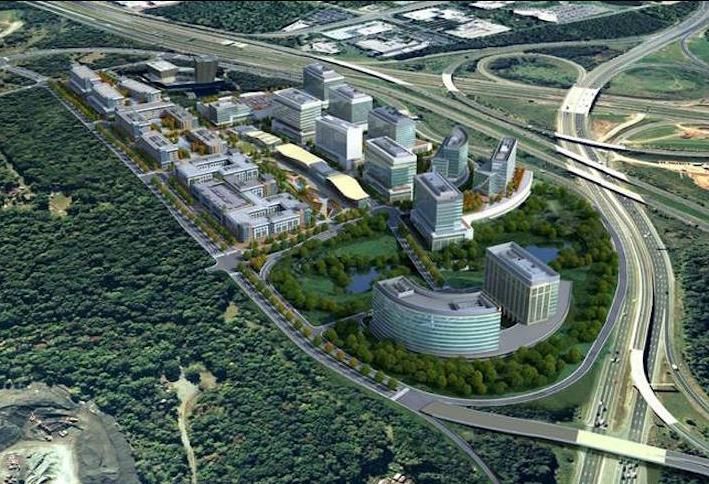 The billion-dollar-plus, planned Dulles Word Center site has been turned into a JV of Greenfield Partners, the original owner, and Chicago-based Origami Capital Partners. The 85-acre project, at the intersection of Route 28 and Innovation Avenue, next to the planned Innovation Center Metro, will be renamed "The Hub."

The JV says its two big infrastructure projects—realigning Innovation Avenue and building its interchange with Route 28—are nearly completed. The Hub is approved for 5.5M SF of development, including 400k SF of retail, 1,265 multifamily units, 350 hotel rooms and 3.5M SF of office space.

Part of the development is a 20-acre secure land bay ready for 1M SF of federal government offices. Pure speculation: Could this potentially be a new cybersecurity campus near Data Center Alley? 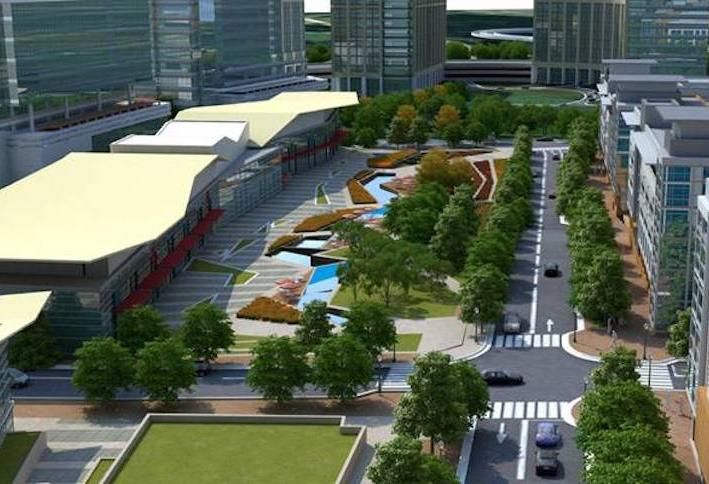 “We have a high degree of confidence in the timing with Metro coming that this is the time to be pursuing the infrastructure development,” David Bennion tells Bisnow. David was an executive for Greenfield until February, but has stayed on as a third-party representative for the new JV. "We’re ready now to be breaking ground on delivering these vertical uses to the site" as soon as an office tenant is signed.

An affiliate of Greenfield was the sole owner of the site when it was zoned in 2011 and amended to build residential first in 2014. Greenfield brought in Origami as a JV partner in October, David says. Origami specializes in "acquiring private assets trapped in complex structures, (and) providing patient, flexible solutions to owners who are seeking liquidity," according to its website.

David says the plan is to build the project, which could include six to eight office buildings beside that secure campus with frontage on the Dulles Toll Road and Route 28, in phases. Phase 1 would be office and residential, and the partnership hopes to be far along by the time the Silver Line delivers in 2020.