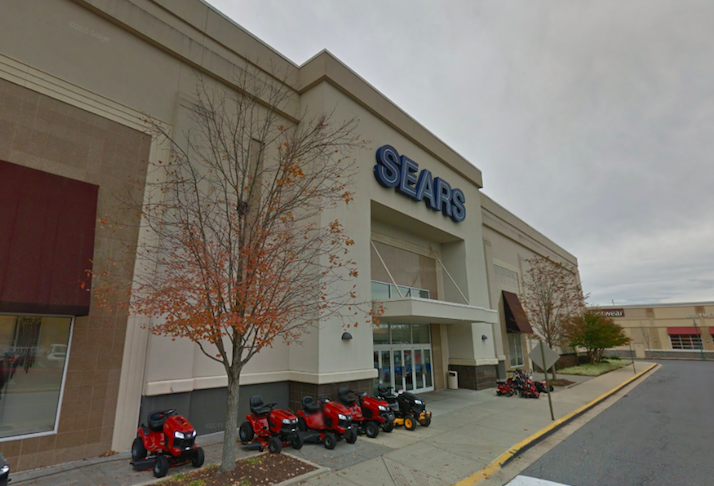 The site of a vacant Sears department store in Prince George's County is being eyed for a mixed-use development.

The store closed last year, and Seritage previously indicated it planned a mixed-use development. Last week it unveiled new details in a public presentation. Seritage said the project could include up to 800 multifamily units, retail and office uses, plus a potential hotel of up to 150 rooms.

Seritage representatives presented the plans last week to a virtual stakeholder meeting, which the Bowie city government posted on YouTube. The team has another Bowie public meeting scheduled Tuesday night, and the Prince George's County Planning Board has a meeting on the application scheduled July 16.

Shipley & Horne partner Rob Antonetti, the owner's land-use attorney, said the team has four rezoning processes it must complete before beginning construction. During last week's meeting, he estimated a groundbreaking could take place in two to three years.

"We think introducing a residential component in addition to the retail offerings here is a fantastic opportunity to leverage all of the existing uses that are at Bowie Town Center ... and to bring a new mixed-use anchor to help revitalize and re-energize this portion of the retail core of Bowie Town Center," Antonetti said. 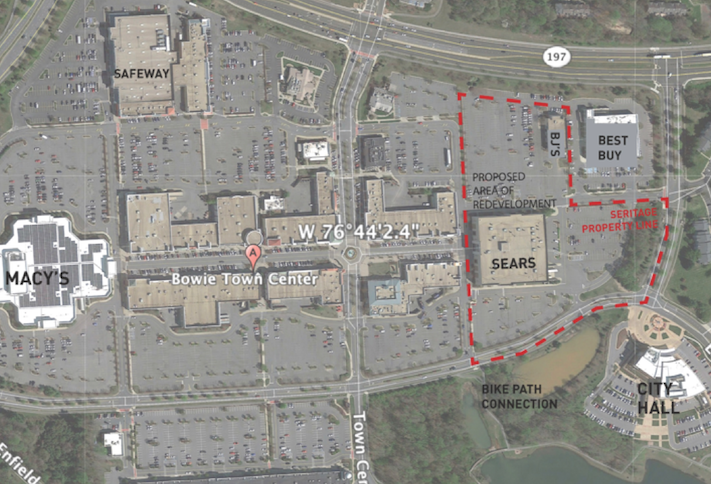 The Bowie Town Center mall sits just off Route 50 near the interchange with MD 197, about 7 miles outside the Beltway. The 274-acre mall property, owned by multiple companies, has open stores including Macy's, Safeway, Best Buy and several smaller retailers.

The 10.8-acre Sears property includes the two-story department store building, which Antonetti said would be demolished, plus a surface parking lot and the stand-alone BJ's Restaurant & Brewhouse, which he said would remain open. Seritage Development consultant Rob Ursini estimated another three restaurants could open as part of the redevelopment.

"I would envision them being supportive through the project and seeing, as opposed to an empty Sears building, seeing some life and vibrancy at this end of the center," Ursini said.