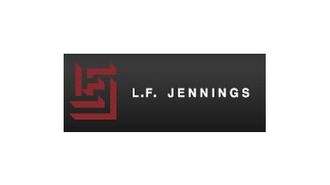 Rising Up: The Evolution Of DC Mixed-Use

As 2016 enters full swing, a lot of questions remain about the future of the DC market, which has evolved and grown considerably over the last few decades. With more big-name projects like the Riverfront growing or coming online, and as the office market cools, where should you be focusing your attention?

To try and get some sense and predictions for the upcoming months, we sat down with Bisnow partner L.F. Jennings, which has been working in the DC market for decades and prides itself on its ability to keep in touch with the market and its evolution. Over the course of our conversation, SVPs Mike Killelea and John F. Martin talked about the market’s most significant evolution for 2016: mixed-use.

In the late 1990s and early 2000s, Mike tells Bisnow, mixed-use flourished in sprawling, suburban town centers like the Kingstowne Towne Center, Lansdowne Town Center and the Kentlands Market Square. Originally retail-centric developments, more and more office and multifamily tenants were being added to the mix over time. With more land to work with, these horizontally oriented developments not only had traditional retail, but small offices and apartments in close proximity, creating an interesting live/work/play environment with a much wider footprint.

Their generous sidewalks and seas of surface parking were pleasant and convenient, John says, but also took up acres of increasingly expensive space.

The turn in thinking came in 2008. Driven by the live/work/play mentality, the transition to transit-oriented development, the rise in land prices and even overdevelopment in the suburbs, developers and consumers turned back to the urban landscape. These days, consumers want the convenience and experiences that come with city living, rather than just a quick stop at the grocery or convenience store on the way home.

“Our work started coming closer in to the city as opposed to the suburbs,” he tells Bisnow. “People stopped buying 100-acre sites, but were trying to combine the same amount of retail to a 15-acre site.”

As developers sought to max out value on limited land in dense, urban environments, the focus went from building out to building up. Developers want towers that incorporate every possible asset class stacked upon a foundation of structured parking. These stacked spaces are beneficial for developers, and provide big-box retail chains—like Target, which set up shop in Eden’s Mosaic District development in Merrifield, VA (above)—an entry point into the dense DC market. But the most interesting aspect of these stacked structures is how all the different asset types start helping and benefiting each other.

“By having them all close together, each becomes an amenity to the other,” John explains. “To have people live right across the street from where they work or on top of where they want to shop for groceries, it’s more convenient. It’s about a lifestyle that’s being driven by a market that’s not as spread out as the suburbs were 10 to 15 years ago.”

Mike agrees, and adds the coordination and cooperation between all the different asset types in a space can be a catalyst for creativity. Retailers have to be flexible and adapt their design and marketing plan around such close proximity to office and multifamily spaces.

This focus on verticality and maxing out the value of limited space can be seen in L.F. Jennings’ newer projects like Mosaic, Tysons West (above) and the Village at Leesburg (below), which include combinations of office, retail and multifamily, as well as structured parking facilities and even some top-tier entertainment amenities like theaters, restaurants, bowling alleys, ice skating rinks, parks or interactive fountains. In addition, the town centers of the past have also been retrofitted to become more integrated—both vertically and horizontally—and more urban. With the slowdown in office development, developers are trying to use land that may have been office surface parking and get more retail in it.

John says the company is working on a project in Reston where there is an existing office park and it’s being converted to include new retail and even retail into the ground floor of the existing office structure.

How do all of these changes affect L.F. Jennings’ daily operations? Mike explains these compact and dense developments have equally compact and dense worksites and even a change in materials. The masonry that made up most conventional shopping centers and suburban office centers is going the way of the dodo, and glass and exterior metal and wood panels have become more popular. Even the retrofitted suburban shopping centers are using these materials to look more urban and unique compared to surrounding structures. John says the best example of this is L.F. Jennings’ One Loudoun project (above). Although the property does feature some masonry, it’s also made up of glass and metal panels that make it stand out from the brick buildings that make up the majority of Loudoun County.

Mike and John both believe this focus on dense, urban developments will only become more noticeable and popular as time goes on. L.F. Jennings’ current projects—such as Riverdale Park Station, Skyland Town Center for Rappaport (above) or the Cascades Overlook project out in Loudon for Meladon (below)—are not only denser than ever before, but include more retail, residential and other asset types. John believes that the trend of adaptive reuse of the one-level, suburban shopping centers will also continue, with more vertical elements being added.

“At the end of the day,” Mike says, “these vertical structures provide a future-proofing and flexibility that you can’t find in any other format. No matter what asset class is hot at the moment, these stacked uses provide the ability to plug and play into the market’s demands. So not only are they super-convenient and maximize your land value, but they can also help you adapt as market demands change in the future.”

To learn more about our Bisnow client, click here.