A New Chapter For Veterans: AFRH Sees Development As Key To Future

As Americans take Veterans Day Monday to honor the service of military heroes, the agency that operates the nation's oldest retirement community for veterans is looking ahead to a major development that could help it support future generations of retired military personnel. 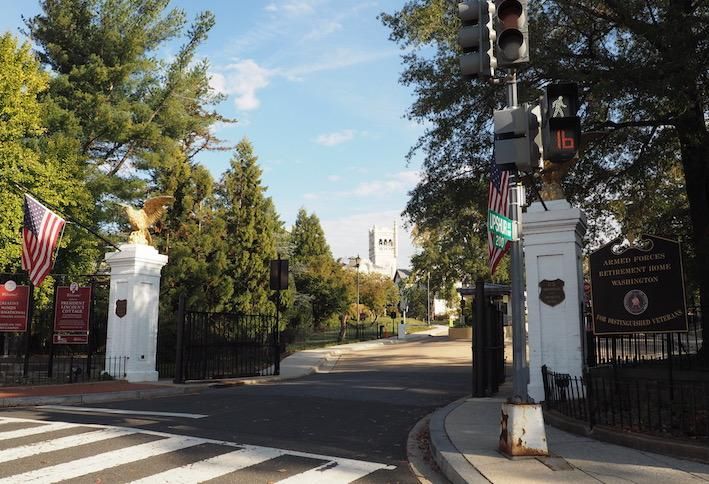 The Armed Forces Retirement Home, opened in 1852, encompasses an expansive 272-acre campus in Northwest D.C. The property is rich with history, such as a cottage where Abraham Lincoln lived during his time as president, but in recent years it has faced financial challenges that are forcing it to make major changes.

The independent federal agency that operates the community has depleted much of its trust fund, incurred a $135M backlog of deferred maintenance and has seen its occupancy drop. The D.C. property can accommodate 550 people, but as of now, only 250 call it home, a spokesperson said.

The most notable change coming to AFRH is a large-scale mixed-use project — the development team for which was selected last week — that is planned to include 4.3M SF of buildings on an 80-acre portion of the campus. The mixed-use development will bring new activity to a campus that has remained largely closed off from the public, and it could help bring the AFRH into a new era of financial stability.

The redevelopment is one part of a multipronged plan AFRH's new leadership is pursuing to bring the agency back onto solid financial footing. In November 2017, retired Army Maj. Gen. Stephen T. Rippe was appointed CEO of AFRH, and he says his primary objective is to chart a way forward for an agency that had previously operated without a long-term strategic plan. 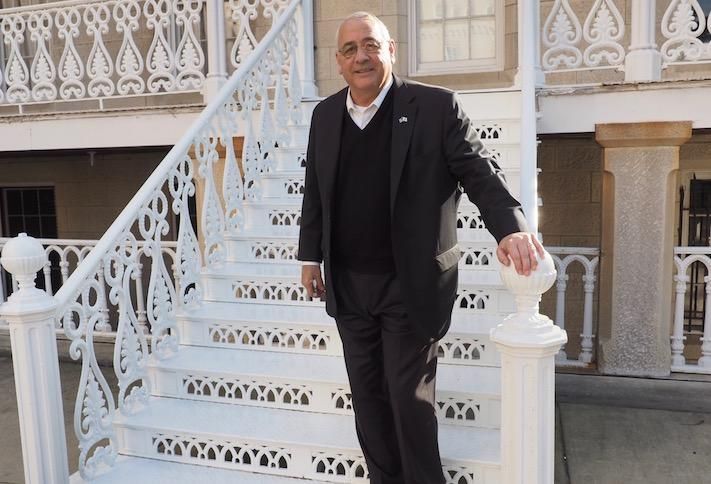 "There was no senior leader with the military, they didn't know how to relate to residents, there was no plan for a way forward at all," Rippe said. "We've fixed all that."

A Project 180 Years In The Making

The history of the Armed Forces Retirement Home's D.C. campus goes back to before the Civil War.

The property, previously called the Old Soldiers' Home, features a cottage where Lincoln spent the summers during his presidency. 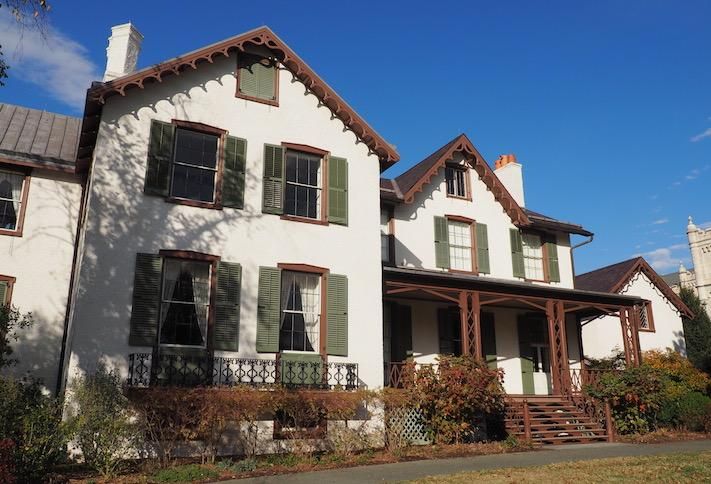 The cottage, constructed in 1842, still stands today and is a historic site operated by a nonprofit group.

The Sherman Building, now home to AFRH's administrative offices, was constructed in 1852 as the first new building on the Old Soldiers' Home campus.

The campus once spanned 575 acres and included a 300-acre dairy farm, which provided half the milk for the city of Washington, Rippe said. The Washington Hospital Center sits directly to the south of AFRH on a piece of land that used to be part of the Old Soldier's Home campus.

In 1991, the Old Soldiers' Home campus was merged with a 40-acre Naval retirement home in Gulfport, Mississippi, to create AFRH, the agency that now operates both properties. 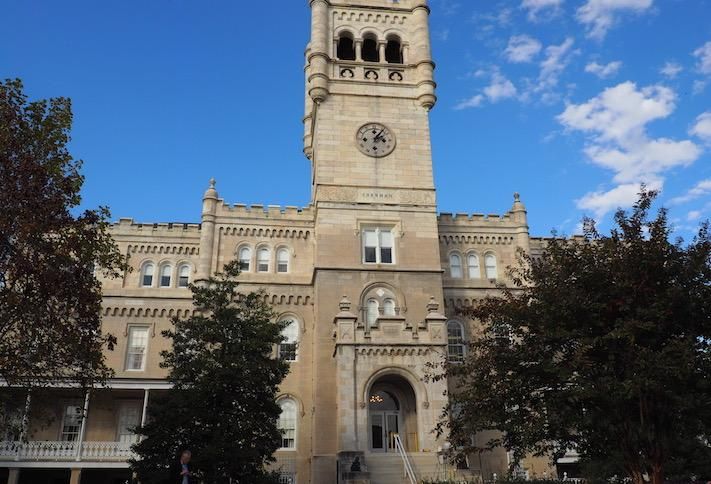 Additional buildings to house veterans have been constructed in the century and a half since its founding, including the Sheridan Building in 1960 and the Scott Building in 2013.

Amenities have been added to the campus, including a nine-hole golf course, a wellness clinic, a community facility and landscaped gardens with seating areas. AFRH's housing options range from independent living to assisted living, long-term care and memory support. Its residents pay a subsidized fee, but low-income residents are accommodated with a more heavily subsidized price they can afford.

While there are thousands of retired military personnel in the U.S., the Old Soldier's Home has struggled to stay full, a problem Rippe attributes to its image.

"When you retire, AFRH scares you to death because it sounds like a retirement home," Rippe said. "It's not."

He said the agency plans to bring on a marketing expert and is looking to come up with a new brand, including changing the name of the D.C. campus from the Armed Forces Retirement Home moniker to something more appealing. 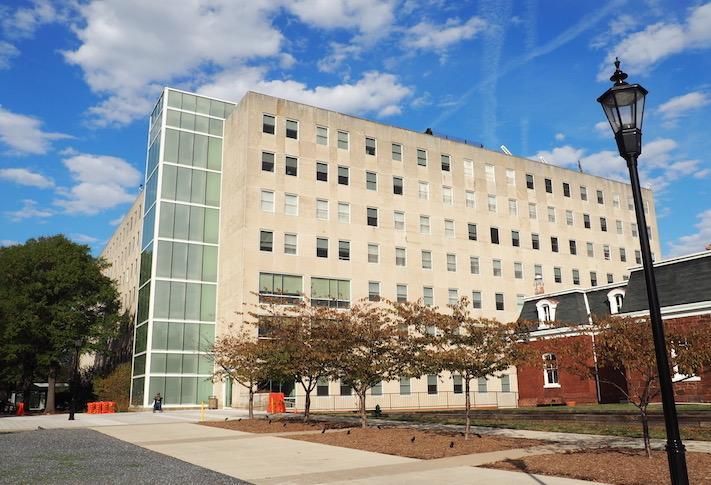 The challenges it faced in attracting retirees did not stop AFRH from investing $88M to construct the Scott Building in 2013, a move Rippe said depleted its trust fund and led to the "financial trouble" it now faces.

"It was a lack of foresight, poor assumptions and a lack of real planning," Rippe said. "They built an $88M building but didn't fix the horizontal infrastructure."

Rippe has begun instituting a series of changes at AFRH aimed at bringing in new sources of revenue. It raised fees for its residents in January and plans to make higher-income residents pay a fully unsubsidized fee by 2023.

The agency leased a parking lot on its property to the nearby Washington Hospital Center for excess parking, and it extended a lease with a charter school that operates on the property, two agreements that bring in revenue.

Additionally, AFRH is looking to increase the revenue it brings in from enlisted military personnel. Every enlisted military member now pays 50 cents a month to AFRH, and it is looking to increase that to $1. Rippe said the military had been hesitant to increase the contribution without assurances that AFRH would be financially responsible. But with his new strategic plan in place, he said he is now confident it will double the per-member contribution, leading to a "significant uptick" in revenue.

The agency has had to rely on a $22M appropriation from Congress, but Rippe said he aims to tell Congress by 2023 that AFRH is self-sufficient and no longer needs the appropriation.

"The intent is not to rely on taxpayer funds," Rippe said. "We don't want taxpayers to subsidize this place. We want to use the sources of revenue that we have to take care of that." 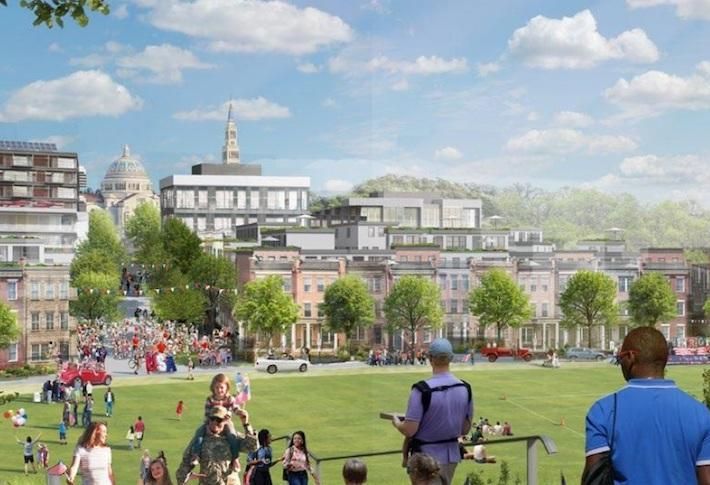 The 80 acres on the southeast portion of its campus, bordering North Capitol and Irving streets, has been eyed for development for over a decade as a way to bring in revenue.

Efforts to move the development forward have been pursued and scrapped multiple times since 2007, but last week's selection of Madison Marquette and Urban Atlantic as the development team represents a major step forward in the process. AFRH is now beginning to negotiate a ground lease with the developers that will allow it to bring in revenue from the property as new mixed-use buildings are constructed.

The project is planned to include 2.3M SF of residential, 1.2M SF of office, 290K SF of medical space, 214K SF of retail, 214K SF of assisted living and a 126K SF hotel around a 20-acre central park, according to an AFRH plan shared with Bisnow. 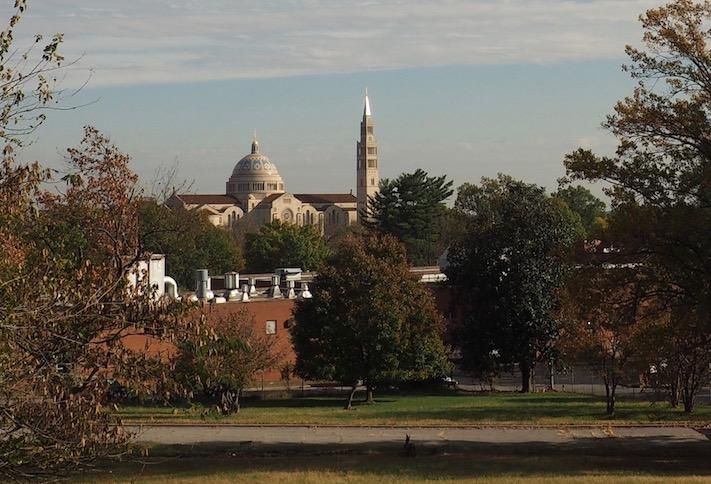 Bisnow/Jon Banister
The Basilica in the background, with factory buildings in the foreground that could be demolished as part of the AFRH development

Rippe said he hopes to break ground by next year. He did not comment on the zoning entitlements it will pursue, a cause of concern from some local officials who think AFRH may circumvent the normal process, and Rippe said the development team will be leading the approval process. The development team declined to answer questions and instead sent a written statement. 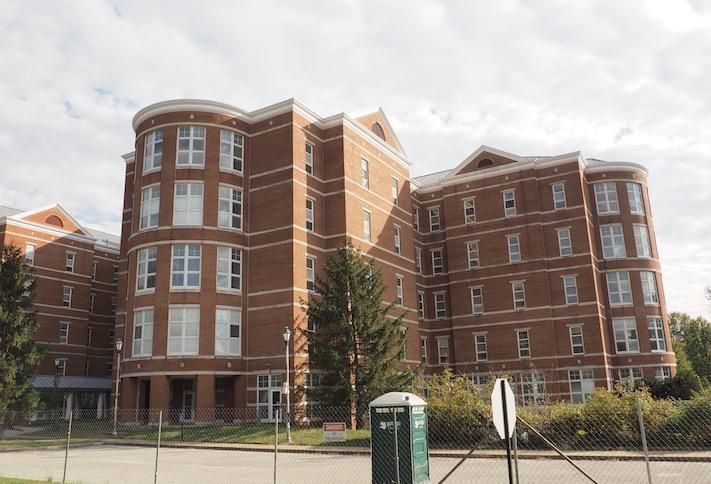 Bisnow/Jon Banister
AFRH's LeGarde Building, constructed in 1991, sits on the 80-acre development site and will likely be repurposed

The site consists of several existing buildings, some of which have been deemed historic and can be renovated, and some of which can be demolished if the developer chooses.

One of the buildings likely to be repurposed is a 168-room assisted living facility built in 1991. A 36K SF heating plant on the site is planned to be converted to a brewery, Rippe said. 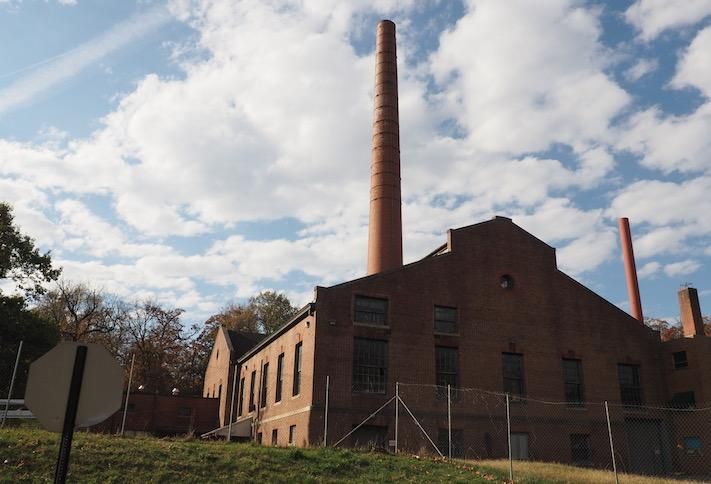 The new retailers and recreational spaces at the project will bring amenities to AFRH residents that they haven't previously had access to, Rippe said, and he said it will also be a win for nearby residents and the District as a whole.

"It's a win for residents, they're going to have state-of-the-art amenities, a brewpub, restaurants, walking paths and athletic facilities," Rippe said. "D.C. will have an increase in tax revenue and jobs, and local residents can take advantage of the amenities and have the value of their real estate increase." 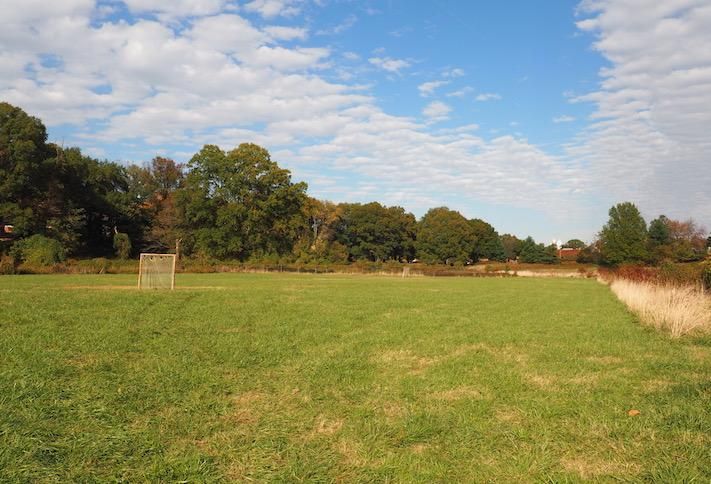 Rippe said there is enough of a barrier between where AFRH's retired veterans live and where construction will occur that it will not be a nuisance. The development team also said it will ensure it respects AFRH residents and the surrounding community.

"Our focus will be to create a unique development beneficial to and respectful of the AFRH residents and surrounding community by maintaining the historic character, maximizing the mature landscape character and bucolic open spaces, as well as integrating with adjacent communities," Davis said in the statement.

Urban Atlantic is also working on a major redevelopment of the former Walter Reed Army Medical Center in D.C., and a large-scale transit-oriented development in Prince George's County. Madison Marquette is a partner on The Wharf megaproject in Southwest D.C.