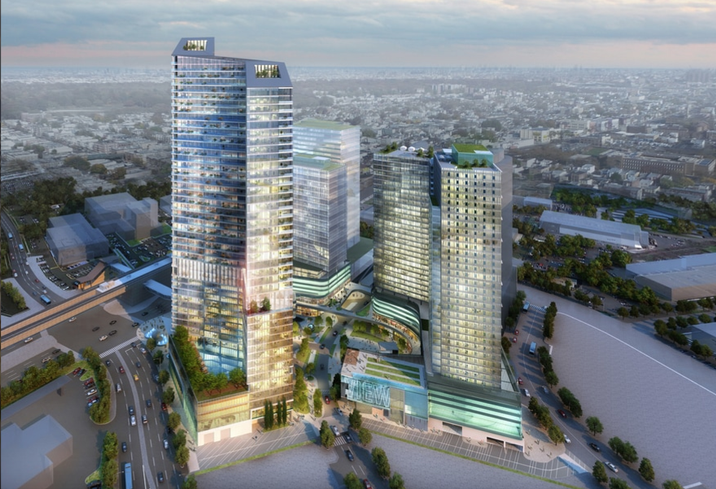 The region's tallest commercial building is under construction in Tysons, but a new tower has been proposed that would eclipse it by 145 feet.

Clemente Development has applied to build a 2.8M SF mixed-use development next to the Spring Hill Metro stop on the Silver Line, featuring a 615-foot-tall tower, the Washington Business Journal reports.

The project, branded as The View at Tysons, is expected to cost $1.3B. The centerpiece would be the 48-story, 1.25M SF high-rise currently called Iconic Tower. It would be composed of 840K SF of condos, 412K SF of hotel and 44K SF of retail, including an open-air shopping plaza.

Clemente is under contract to buy the seven-acre site, currently made up of low-rise office, automotive businesses and vacant land. The plan still must go through the Fairfax County zoning process before becoming reality.