For several years, Robert Seldin has envisioned the concept of live-work units becoming the way of the future.

Now his company is opening a Northern Virginia building featuring the hybrid units just as the coronavirus is forcing millions of people to adapt to working from home, a change he expects will create more demand for his concept. 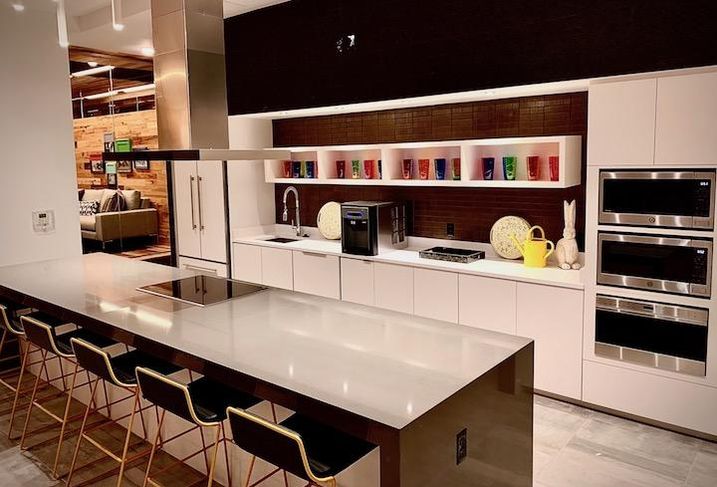 Seldin's Highland Square Holdings is preparing to welcome its first tenants in the coming days to Mission Lofts, a converted office building at 5600 Columbia Pike in Falls Church.

The building has received entitlements that allow its 156 units to be used as traditional apartments, as an office for small businesses with up to 10 people or as a combination of the two.

The concept comes from what Seldin sees as a major inefficiency in the way people live and work. People waste time and money commuting to an office each day, he said, and small-business owners pay rent for an apartment and an office when they could instead combine the two.

"People have noticed those things are increasingly inefficient,” Seldin said. “Now that the pandemic has been thrust upon us, these issues are a lot more front and center. People are asking the question of, ‘Why do I have to go somewhere else? If my home was more like my office that just makes a lot more sense.’

"We’ve been asking those same questions for a while, so at this point we’re uniquely well-positioned to help people navigate through this experience.” 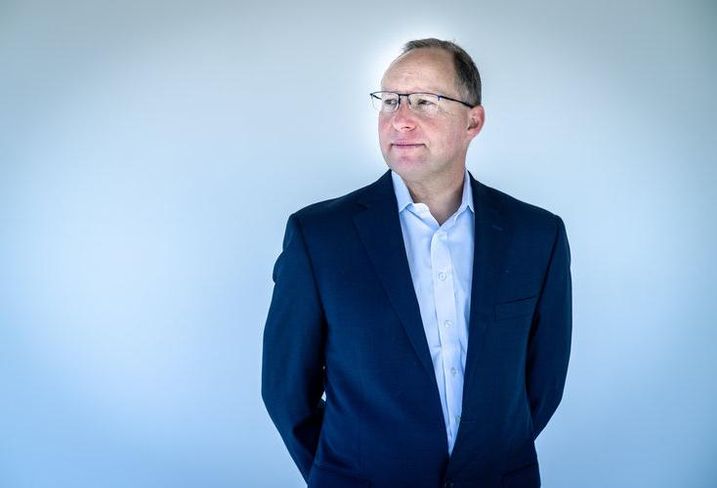 Seldin previously served as CEO of Novus Residences, a subsidiary of Cafritz Interests that built e-lofts, a similar live-work concept that was converted from a former Alexandria office building in 2016. Novus in 2016 received approval to pursue a live-work concept at the 5600 Columbia Pike building.

In 2017, Seldin split from Novus and launched Highland Square Holdings, and that same year he acquired the Columbia Pike building along with his capital partner, The Wolff Co. The office building has been eyed for redevelopment for years, with Foulger-Pratt abandoning a conversion effort in 2015.

Highland Square and Wolff are also partnering on the conversion of three office buildings at the Skyline office park in Bailey's Crossroads into the live-work concept. The team submitted plans in December to turn three largely vacant office buildings into 764 live-work units. 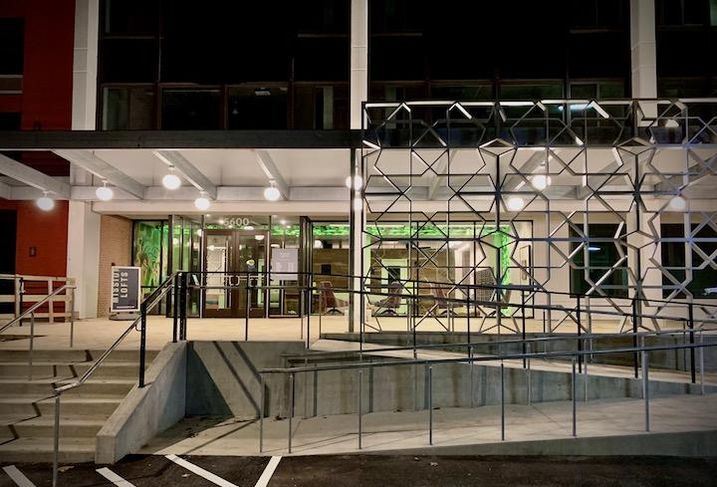 Courtesy of Highland Square Holdings
The entrance to the Mission Lofts building at 5600 Columbia Pike.

Seldin said he hopes to receive approval for the Skyline project this summer, as long as Fairfax County can continue its entitlement process amid the coronavirus pandemic. He then plans to begin the conversions one at a time, with roughly six months between the start of each project. He said former office buildings are particularly well-suited for the concept.

"Empty office buildings are an excellent source of raw material for the live-work product to be inserted," Seldin said. "We’re carving them out of these spaces and bringing new life to old things that don’t have as much utility. When you start with something you wouldn’t have designed from scratch, it creates interesting outcomes."

The units in the Mission Lofts building range from 600 SF to 1,100 SF with an average around 900 SF. The smaller units have one "chamber" with a sliding door that can be used as a bedroom for residential tenants, while the larger units have two. Business tenants can use the rooms as a conference room, private office or for other functions. 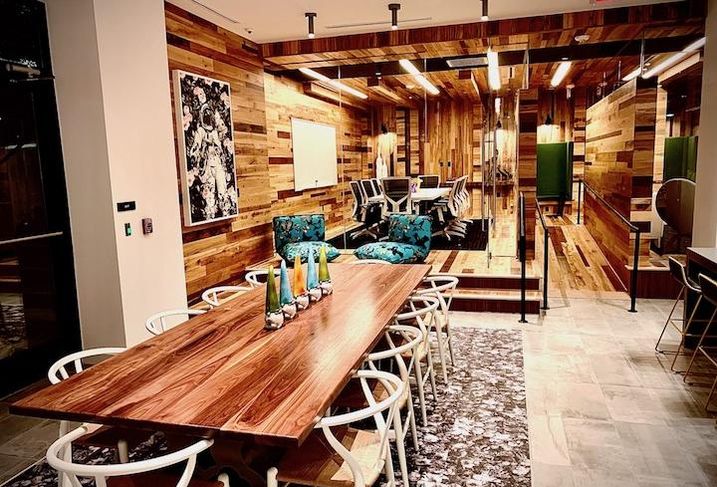 Courtesy of Highland Square Holdings
A common area in the Mission Lofts building.

The building was designed to meet the code requirements for residential buildings and office buildings. This gives it various elements not seen in many apartments, such as common area bathrooms and water fountains, filtered air and water, emergency generators and office-compliant parking and staircases. The units also have fully separated utility systems with fiber-optic connections and access to more power than traditional apartments.

"There is a difference between working from home and running a business from home, because in order to run a business you need specific things that meet office codes," Seldin said. "When you explore what is code compliant for office, a lot of that is additive and accretive to the residential experience. By combining them we create opportunities for the market."

The building's amenities include a common-area coworking facility, a gym, a pet spa, music practice rooms, and package and dry cleaning services. Rents range from $2K to $3K per month, Seldin said.

Construction at Mission Lofts is about 95% complete, Seldin said, and he hopes to get a certificate of occupancy in the coming days to begin moving people in. He said the building has a "substantial" waiting list but did not disclose exact numbers.

He said people are drawn to the building because it can help them save money, an increasingly important factor in this period of economic uncertainty. Someone who runs their own business or works as a freelancer in a coworking facility can cut costs by combining that expense with their residential rent.

"One of the things that’s great about the live-work concept is it really does help people reduce whole life costs," Seldin said. "If you want to start a business, you’re going to need a place to live anyway, so that costs something, and if you also need to rent office space someplace else, that can cost a lot more."

Skyline is about a mile from the Mission Lofts project, and Seldin said he sees enough demand in the area for at least two more buildings with the same live-work concept. For the third Skyline building, he said he is considering adapting the concept for the senior housing demographic.

Fairfax County has been forward-thinking in allowing the live-work concept, Seldin said, and in return his company is taking vacant office space off the market and drawing new residents and businesses to the properties.

"Because of Mission Lofts and the Skyline redevelopment, the Bailey’s Crossroads area really has become a national leader in innovative ways of living and working," Seldin said. "So that small section of Fairfax is now what we would describe as 'innovation corridor.'"