Plans are moving forward for the next phase of one of the largest developments in the D.C. region. 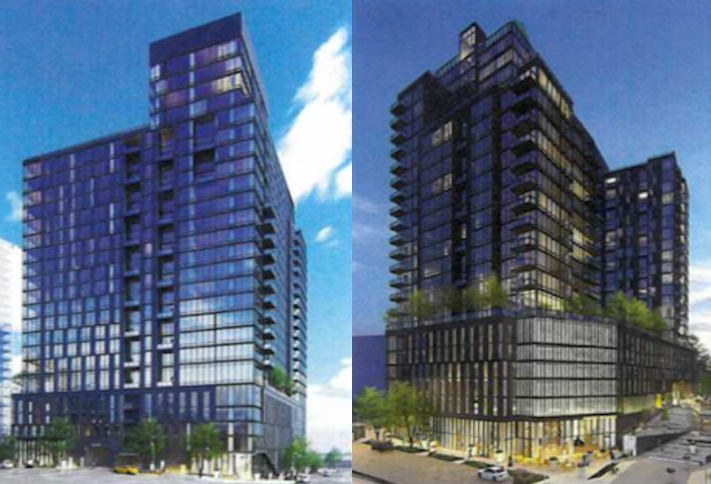 Lennar Multifamily Communities is under contract to buy a 1.3-acre piece of the Scotts Run development site in Tysons from CityLine Partners, and the team recently filed plans for a 26-story, 447-unit apartment building on the site.

Cityline Partners Managing Director Donna Shafer tells Bisnow that Lennar approached Cityline unsolicited to propose the deal, and that she thought its proposed project would complement the other buildings that have moved forward on the site. She said Lennar is bullish on Tysons' multifamily market and hopes to begin construction as soon as possible.

"If they could break ground tomorrow, they would," Shafer said. "They have their foot on the accelerator."

The project would be built at the intersection of South Dartford Drive and Chain Bridge Road on the southern portion of the Scotts Run development. It sits about a half-mile from the McLean Metro station, one of the four Tysons stops that opened in 2014 and have spurred a wave of mixed-use development in the area.

The application calls for a 300-foot-tall building with 450K SF of residential and 18K SF of retail, plus a parking podium. DCS Design is serving as the project's architect and Walsh, Colucci is the land-use attorney.

"The building design combined with high quality materials, including masonry, high-performance glazing and various finishes, will ensure an iconic residential building that will enhance the Tysons skyline," Walsh, Colucci's Lynne Strobel wrote in the application. 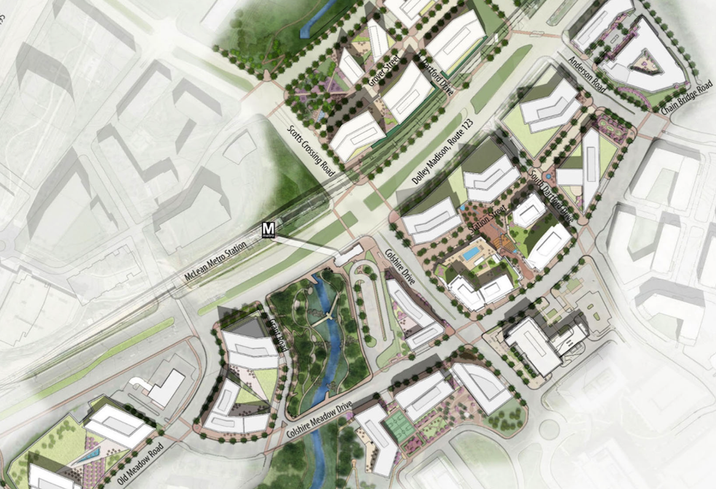 The project represents the latest phase in the ongoing development of Scotts Run, which is ultimately planned to include 8M SF of multifamily, office, hotel and retail space. The development is split into Scotts Run North and South, straddling Route 123.

Two buildings have been completed at Scotts Run South, a 425-unit apartment complex branded as The Haden and a 340K SF office building occupied by Mitre.

Cityline in 2018 sold a portion of the site to Skanska to construct a 350-unit apartment building with retail, which is expected to break ground soon. The developer also reached a deal in 2018 with hospitality company Lodgeworks to bring the boutique Archer brand to a 178-room hotel planned for the site. The hotel is under construction and expected to deliver in about 18 months, Shafer said.

The developer has long sought a major office tenant to anchor Scotts Run, but has yet to announce any pre-leases that could kick off new office buildings. Cityline had pitched the site for Amazon HQ2 and a new Apple campus, but both companies chose other locations. Shafer said she thinks the activity created by the new multifamily buildings and the hotel will be attractive to potential office tenants.

"When we chased some of the recent significant office deals, the consistent refrain was, 'Wow, as soon as you have some activity, this place is going to take off,'" Shafer said. "With the hotel crane up, Skanska's building and all the retail they will deliver and Lennar's application filed, we are feeling pretty bullish about the office here at Scotts Run."

The new Scotts Run apartment building will not be the first Tysons project for Lennar Multifamily. The developer also built a 32-story, 398-unit project near the Greensboro Metro station.