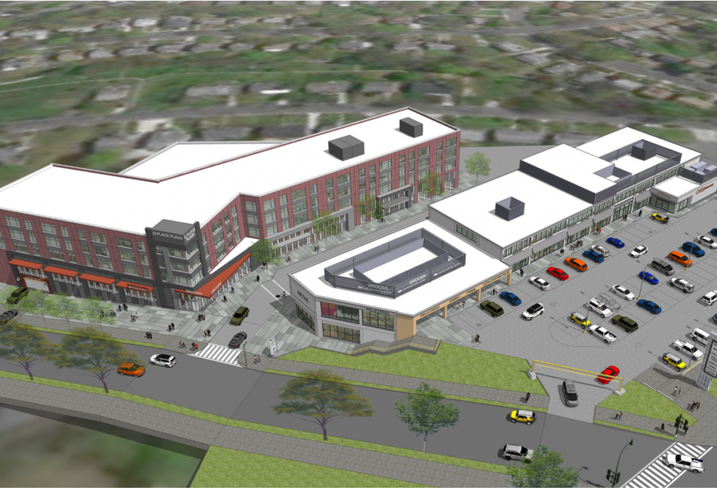 A local restaurant is planning to open its second location at the Shops at Penn Branch redevelopment, adding a highly desired new amenity to the Southeast D.C. neighborhood.

Jair Lynch Real Estate Partners Director of Investments Anthony Startt told Bisnow that café and restaurant The Highlands signed on for a 1,900 SF space at the project. Rappaport brokered the deal.

The developer also landed nonprofit KBEC Group for a 2,600 SF lease in the second-floor office space, he said. The property has around 16K SF of office space, and he said he expects another deal to close soon.

Jair Lynch in 2016 acquired the 89K SF shopping center, sitting at the intersection of Pennsylavania Avenue SE and Branch Avenue. It began renovating the existing property while planning additional residential development on the parking lot. It has yet to move forward with the ground-up development and is still considering its options, but Startt said it hopes to decide on a path forward in the next six to nine months.

The developer in 2017 landed Planet Fitness for 20K SF at the property, and the latest restaurant deal represents its second new retail tenant since acquiring the shopping center.

The Highlands' first location opened in 2008 at 4706 14th St. NW. The second location will be larger than its first and will feature a bar and full-service restaurant with seating for around 40 people, Rappaport Director of Leasing Alex Shiel said. It will serve breakfast, lunch and dinner, plus weekend brunch. Shiel said he hopes it will open in the next six months.

The owner of The Highlands, Chef Moe Garay, lives in the Penn Branch neighborhood, a factor Shiel said helped convince the tenant to sign on. Jair Lynch also offered to invest in helping Highlands build out its new space, Startt said.

The city has been pushing to help bring new restaurants and grocery stores to neighborhoods like Penn Branch, as many parts of Southeast D.C. remain underserved for food options. Startt said The Highlands' opening will be an important step for the neighborhood.

“When we first acquired the asset and started meeting with neighborhood residents, it was clear that the No. 1 priority for everyone in the neighborhood from a retail perspective was to have better food options,” Startt said. “It’s generally not national sit-down restaurant organizations that are taking the lead, it’s really locals, so we very much looked for a local operator that could start the renaissance in the neighborhood.”