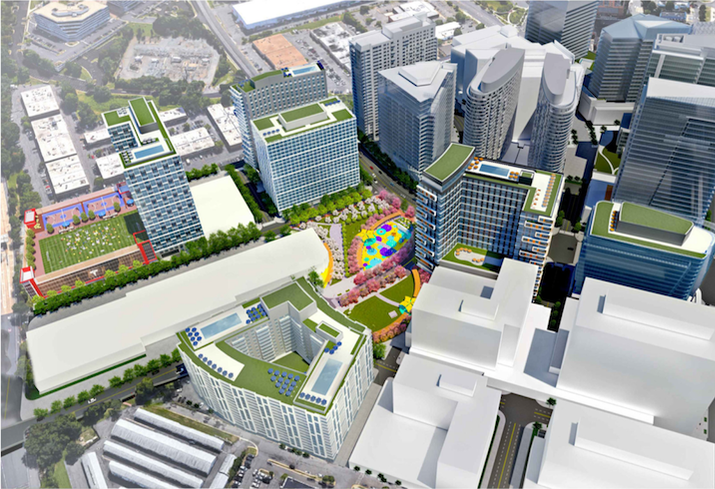 Georgelas Group's plans for a 1.2M SF mixed-use development near the Spring Hill Metro station in Tysons are coming into focus.

The Fairfax County Planning Commission is scheduled April 22 to consider Georgelas' application, which call for 745 apartments, 378K SF of office space and retail on a 7-acre site, UrbanTurf reports.

The developer originally filed the application in 2018 for the project, North Spring Hill Station, sitting at the intersection of Tyco Road and Leesburg Pike. Georgelas also has a 6M SF development underway to the south of the site, dubbed Spring Hill Station, where it has already built at least 800 apartments and 160 workforce housing units. 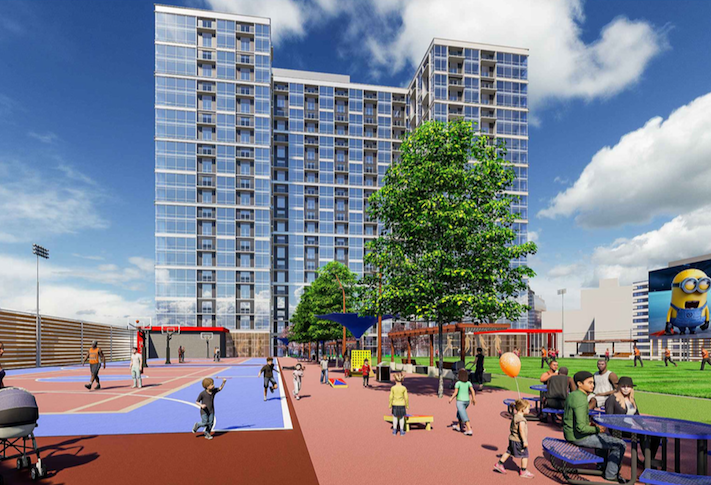 The latest plans include a 225-foot-tall building with 378K SF of office space and 20K SF of retail, two apartment towers reaching 270 feet and 215 feet, and a 60-foot-tall building with parking garage, retail and an expansive rooftop park. The 1.6-acre park, called the Galaxy Sports Deck, would include a turf field, two multipurpose courts and a children's playground. WDG Architecture is working with Georgelas on the project.

The planning commission is still scheduled to hold its hearings on April 22 and April 29, despite canceling an April 2 hearing because of the coronavirus. Other Northern Virginia jurisdictions and the District have also canceled zoning hearings because of the pandemic.

Georgelas is not the only developer with plans for a large-scale mixed-use project near the Spring Hill station. Clemente Development received approval in October for its 3M SF View at Tysons development. That project is planned to feature a 600-foot-tall office tower, which would become the tallest in the region.