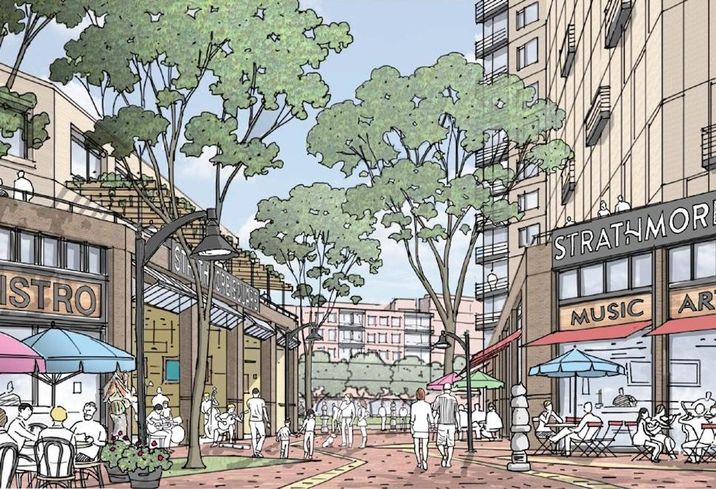 Sitting on the Rockville Pike just north of the Beltway, the Grosvenor-Strathmore Metro area was described in a 1992 sector plan as the "gateway to North Bethesda," and now a planning framework created a quarter century later could bring that vision to life.

After a year of public meetings and drafting sessions, the Montgomery County Planning Board on Thursday advanced a plan to allow 1.9M SF of development and up to 1,500 housing units on a parking lot next to the Grosvenor-Strathmore Metro station.

The Grosvenor-Strathmore Metro Area Minor Master Plan, if passed by the Montgomery County Council, would allow Fivesquares Development to move forward with plans for a six-building development with towers reaching up to 300 feet tall. The 3.0 floor area ratio given to the site would allow for the creation of between 1,400 and 1,500 apartments and/or condos.

Fivesquares in February reached an agreement with WMATA, which owns the parking lot, allowing it to move forward with planning and design of the mixed-use project.

The proposed development, dubbed Strathmore Square, would feature six residential buildings with ground-floor retail around a 1.25-acre open plaza in the center.

The original proposal had been for seven buildings, but a member of the planning staff recommended removing one of the buildings on the western edge of the plaza to bring more direct sunlight into the central square. Fivesquares adopted the recommended change, which allowed them to disperse the density of the lost building among the other components.

“It was a great idea, an improvement to our design and we embraced it,” Fivesquares principal Ron Kaplan said.

Kaplan expects the County Council, which he said has historically supported transit-oriented growth, to pass the plan this fall.

“It’s one thing to be near Metro, a quarter or half mile away, but it's another to be right on the Metro and this is the only site left like that,” Kaplan said. “The planning staff and board did the right thing and hopefully the County Council will too." 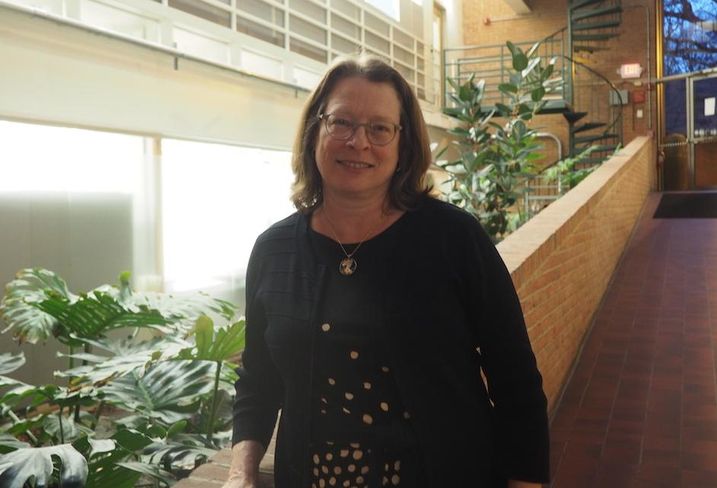 Montgomery County Planning Director Gwen Wright is also optimistic the county will embrace the master plan. She said this is one of the few remaining Metro stations in the county that has not yet been utilized for its development potential.

“This is literally on top of a Metro station, and it needs to be the place where we do our best transit-oriented development with the appropriate levels of density," Wright said. "It is an area where we can get appropriate amounts of good quality housing and some exciting open spaces.”

Once the county approves the master plan, Fivesquares can move forward with its sketch plan for the project. If it is approved this year, Kaplan said the development could break ground by 2021. It would be built in phases until about 2030, he said. In the meantime, Fivesquares has activated the lot by creating pop-up retail stands fashioned out of old Metro cars. The pop-ups were open in May and June, and Kaplan said he plans to bring it back for another five- to six-week period in September and October.