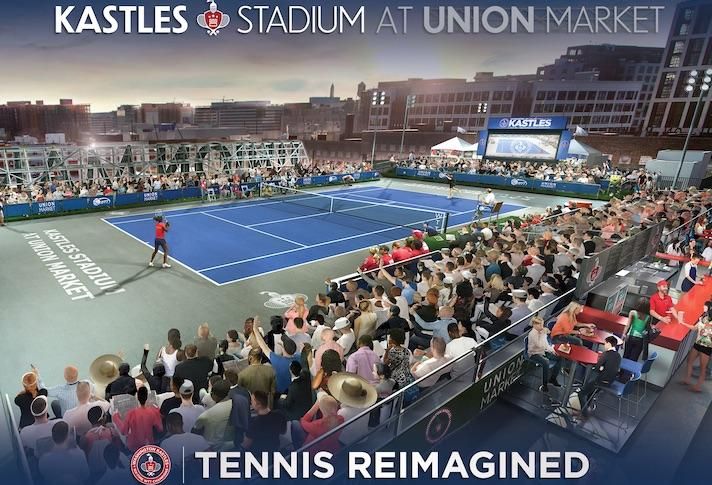 D.C.'s newest sports venue is planned to open this summer on top of the Union Market building.

The Washington Kastles will play the 2019 season and future seasons in a new venue Edens will construct on top of the food hall building at 1309 5th St. NE.

The venue is planned to include 700 seats, a more intimate setting than previous Washington Kastles stadiums that have included up to 3,500 seats.

The Kastles and Edens held an event on the rooftop of Union Market Friday to announce the planned stadium. Edens CEO Jodie McLean told Bisnow after the event the developer will invest several million dollars in the rooftop project, though she did not disclose the exact cost. She said construction will begin immediately so the team can start playing in just over three months.

The team plans to play its seven 2019 home matches, from July 15 to July 29, at the new stadium. The matches will feature famous tennis stars such as Venus Williams, Nick Kyrgios and Frances Tiafoe. 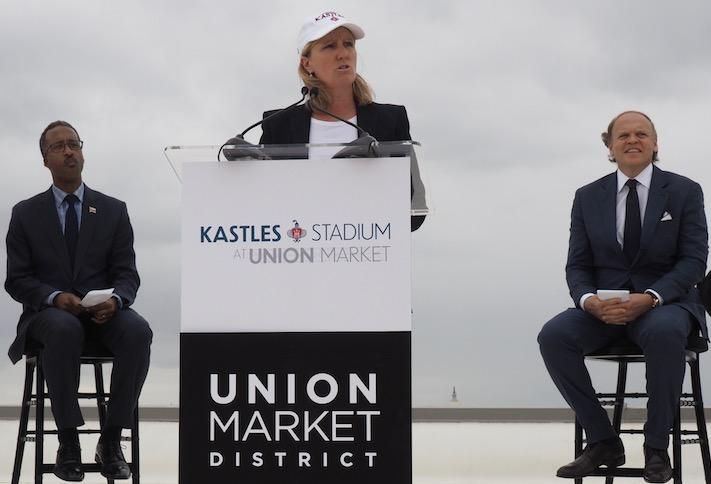 For the remainder of the year, the rooftop will turn into an 8K SF park with food and beverage offerings. The developer filed a Zoning Commission application for the park use, and McLean said it already has the necessary approvals for the tennis venue. McLean said the developer will welcome the Kastles back annually to play its home games at Union Market.

"The rooftop of Union Market is what I would consider the most unique and exciting setting for a tennis venue," McLean said. "What other sports venue offers the amazing food selection that will be provided by our restaurant partners in Union Market?"

The stadium will include premium seating offerings including dinner tables catered by Union Market-area restaurants, courtside boxes, and seats along the baseline and sideline.

Edens opened Union Market in 2012, and the food hall has sparked a revitalization of the Northeast D.C. neighborhood with a host of new retailers and apartment buildings opening. More than 5 million people now visit the neighborhood every year, according to the developer. 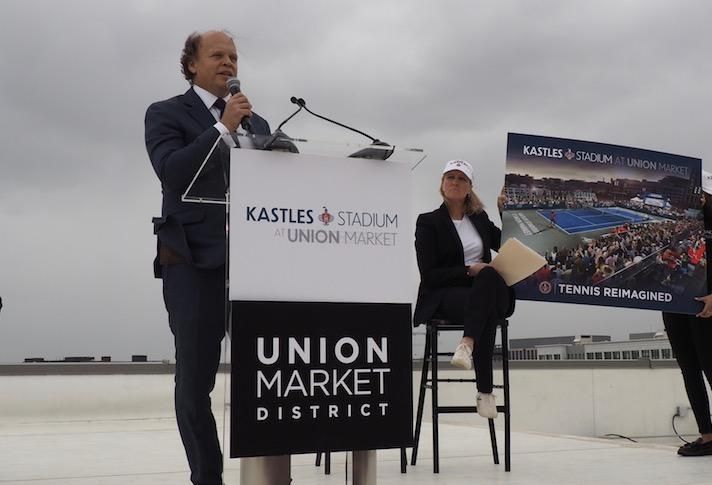 The Washington Kastles, owned by entrepreneur and venture investor Mark Ein, boasts that it is the most dominant franchise in the 44-year history of the World TeamTennis league. The team has won six championships, including five consecutive titles from 2011 to 2015. Ein earlier this month acquired the management rights to the Citi Open, which has been held at D.C.'s Rock Creek Park Tennis Center since 1969.

The Kastles have played at several locations across the District over the last 11 years, including the development sites that would become CityCenterDC and The Wharf, and more recently at George Washington University.

Ein, speaking to Bisnow after the event, said he has always sought to bring the team to emerging parts of the city, and the Union Market venue represents a continuation of that strategy.

"This is one of the hottest areas in DC," Ein said. "We looked at it five years ago when it was an emerging market and now it is squarely the hottest neighborhood in Washington. It just was a challenge to figure out where to go until Jodie suggested 'let's look at doing it on the roof.'"