Maggie Garrett walks her dog, Finn, each day to a small lot on a Columbia Heights corner that residents have long used as an unofficial dog park.

The 3-year-old dog, a mix of a foxhound and boxer, was a rescue dog with so much energy that he was returned to the Northern Virginia-based rescue group by his previous owner. Without the park, she would not have another open space within a 30-minute walk for Finn to run off his energy, and said she would not have been able to adopt him. 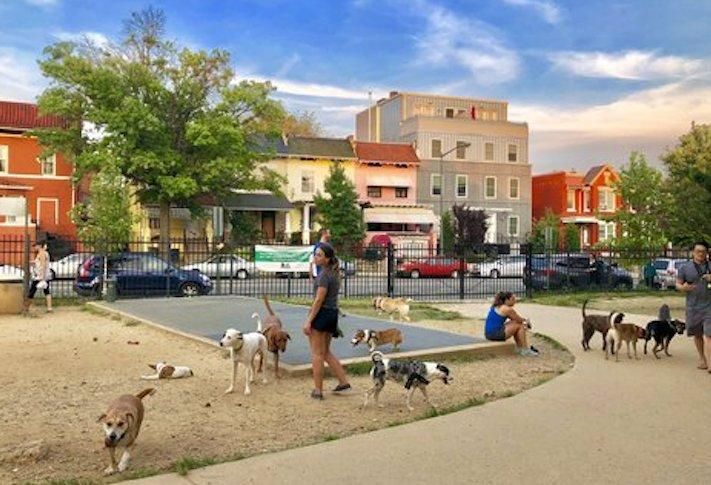 Garrett is one of scores of dog owners who bring their pets to the Columbia Heights park at the corner of 11th Street and Park Road NW. She is vice chair of 11th and Bark, a group that has been working with the District to take control of the property to make it an official dog park. But the property's owner, the Washington Metropolitan Area Transit Authority, put it up for public sale last month and marketed it as a development opportunity, a move Garrett said will make it more difficult for the efforts to keep the site as a dog park.

The saga is the latest confrontation in the dog-loving city between canine owners looking to preserve public space and developers and housing advocates looking to use the scarce city land to add to the residential stock and help bring down sky-high housing costs.

The Columbia Heights dog owners have been working for years to preserve the park and have gotten the D.C. Council on their side. The 11th and Bark group is working with an architect to design improvements to the park it plans to make if the city is able to take control of it. The District made a $2.1M bid in recent weeks to buy the site for a dog park, the Washington Post reported. 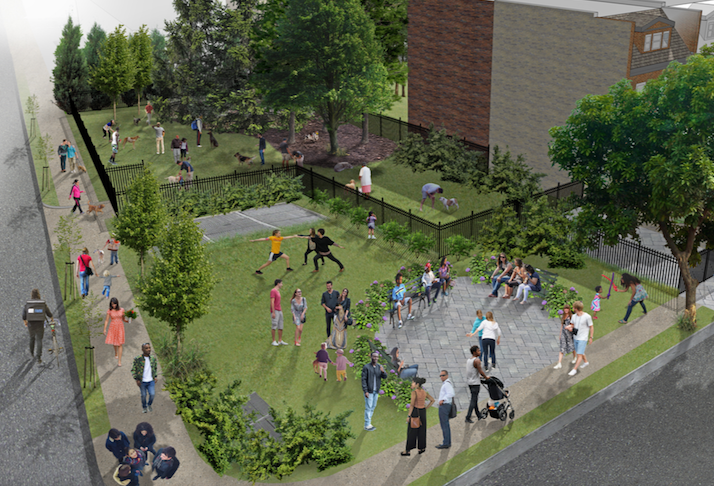 D.C. Council member Brianne Nadeau, who represents the neighborhood, has led the push for the funding. She had originally allocated $1.5M for the park before WMATA began marketing the site to the public, and then successfully increased the offer to what the city considers the market price.

But the District may not be the only one bidding for the land.

Nadeau said WMATA officials told her that the agency received two unsolicited bids for the site last year, which led to its decision to put it on the open market.

The sale of the property is being handled by NAI Michael. An NAI Michael broker and a WMATA spokesperson both could not comment on the level of interest in the property while the bidding is ongoing.

"Metro has an obligation to taxpayers to get the highest possible value from any property sold," WMATA spokesperson Sherri Ly said in an email.

Some smart growth advocates have argued the city should not pay more than $2M to keep the site as a dog park when the money and land could be put to better use by creating new housing.

The dog park in Columbia Heights is not the first in the D.C. area to be criticized for its price tag. A $1.3M dog park built in Clarendon in 2013 has been the target of criticism from residents over construction delays, the design of the park and the cost.

The Columbia Heights parcel, roughly 7,400 SF in land area, could likely support 10 to 12 housing units, Baca and Finio said. Nadeau said she is pushing to create affordable housing in the area, but she doesn't think 10 units is enough to warrant closing the beloved community gathering space.

"We need all the housing we can get, but it's not like this is going to be a place we can get a great amount of density," Nadeau said. "I think there’s a false narrative about this parcel being good for affordable housing. It’s just not ... The reason this parcel is good for a dog park is because it's not good for anything else."

If the parcel is sold to a developer, Nadeau said she will work with Columbia Heights residents to find a new site to turn into a dog park. But she said it is much more difficult to convince people to welcome a new dog park next door to their home rather than preserve one that has been there for years.

"What I’m worried about is if we're not the winning bid on the parcel, I'll have to find another piece of land and go through the process of convincing residents that new piece of land is best for a dog park," Nadeau said. "The existing use is really in our favor." 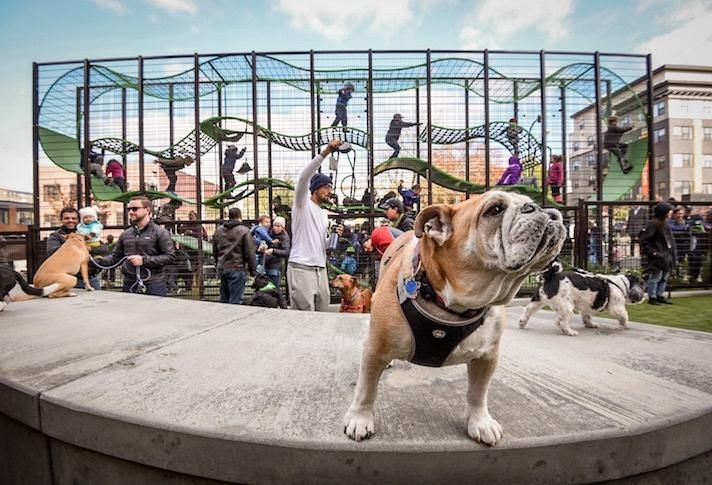 Those pushing to keep the dog park in Columbia Heights could look to the recent creation of a park in NoMa for inspiration. The site at Third and L streets NE had been owned by developer Cohen Siegel Investors, which had planned to build roughly 50 condo units.

The vacant site had also been used as an unofficial dog park in the past, but a group formed to create parks in the fast-developing neighborhood sought to prevent development and make it an official park. The NoMa Parks Foundation received funding from the District and was able to buy the site for $3.2M in 2015.

“They were a little bit generous," NoMa BID President Robin-Eve Jasper said of the seller. "We got it at a discount of a substantial amount; at least half-a-million below the appraised value.”

NoMa then solicited community input for the design of a park and heard from parents and dog owners who wanted more outdoor space, so it designed the park with a children's playground and dog park area. Swampoodle Park, named after a historic name for the neighborhood, opened in November.

"The place is packed," Jasper said. "We hear from people with dogs and with children and others that the park, since it opened, has become the hub of the community."

NoMa will open a second dog park as part of its 2-acre Tanner Park planned along the Metropolitan Branch Trail. NoMa has thousands of new and planned apartments, and Jasper said it is important to balance housing growth with open space.

"I feel like some of the folks who are saying you can have affordable housing or dog parks and you have to choose between them, it's juts a false dichotomy," Jasper said. "You have to have a healthy neighborhood with many assets and components to that neighborhood. The idea you wouldn’t have space for people to come together and that you don't need those spaces is silly."