Virgin Hotels Out At Union Market Project After Lenders Balk 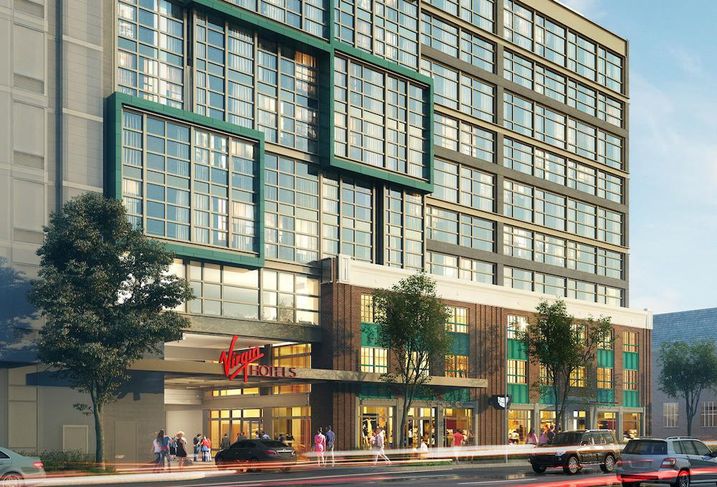 Virgin Hotels
A rendering of the hotel Virgin Hotel had planned at 411 New York Ave. NE near Union Market, released along with the 2017 announcement.

The deal to bring the first Virgin Hotel to the nation's capital has fallen through.

Virgin Hotels, in response to an inquiry from Bisnow, said it is no longer planning to bring its brand to the hotel planned near Union Market at 411 New York Ave. NE, a deal it announced in 2017.

The 178-room hotel project is being developed by a joint venture of D.B. Lee Development and Brook Rose Development. The team in May filed a request with the Zoning Commission to extend its planned unit development approval by two years. The commission approved its request.

In a May letter to the Zoning Commission outlining the reasons for its extension request, D.B. Lee Development's Dennis Lee said the team had trouble financing the project because of issues with the brand.

"The primary delay has been with the selection of the hotel brand and operator," Lee wrote in the letter. "As the applicant went through its financing exercises, it received negative responses due to the chosen hotel operator, only having one hotel open and no track record to support its proposed budget."

Virgin now has hotels open in Dallas, Nashville, San Francisco and Chicago, and it has additional projects planned for Las Vegas, New York, Palm Springs, New Orleans, Miami and Edinburgh, UK, according to its website.

Lee told Bisnow Thursday he hopes Virgin can find another property to open a hotel in D.C.

"It was a wonderful collaborative experience and everybody involved at Virgin is wonderful, so we wish them the best and hope that they find their presence here in D.C," Lee said.

Lee's project is the second planned hotel in the Union Market area to end its relationship with a brand in recent months. Trammell Crow told Bisnow in October it backed out of its agreement with Denihan Hospitality to bring the James Hotel to its Armature Works project, citing its new partnership with MetLife as the reason.