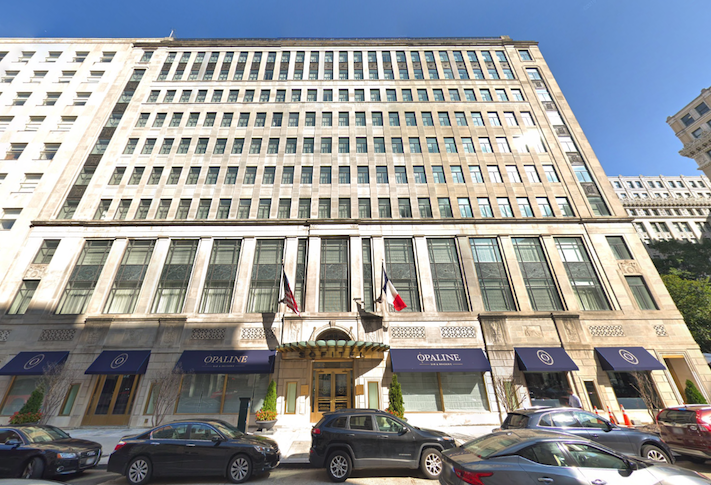 Pebblebrook Hotel Trust is continuing to sell hotels after merging with another REIT in late 2018, with the latest deals coming in D.C. and Atlanta.

The Bethesda-based REIT announced Monday it executed a contract to sell the 237-room Sofitel Washington D.C. Lafayette Square and the 422-room InterContinental Buckhead Atlanta for a combined $331M. Pebblebrook did not disclose the buyer of the hotels, but it said it expects the deals to close this quarter.

The D.C. hotel at 806 15th St. NW sits about a quarter-mile from the White House. The hotel is part of the portfolio Pebblebrook acquired from its December 2018 merger with LaSalle Hotel Properties. LaSalle bought the property in 2010 for $95M.

Pebblebrook did not disclose the individual sale price for each hotel. But it said the D.C. hotel sold for a 5.7% net operating income capitalization rate.

The Atlanta hotel, at 3315 Peachtree Road NE, sits about a half-mile from the Lenox Square mall in the Buckhead neighborhood. Pebblebrook acquired it in 2010 for $105M, and the REIT said it sold it for a 6.4% net operating income capitalization rate.

The deals represent the latest in a string of hotel sales for Pebblebrook. It sold a portfolio of five properties in an $821M deal that coincided with the December 2018 closing of the LaSalle merger.