Park Hotels To Acquire Chesapeake Lodging Trust In $2.7B Deal 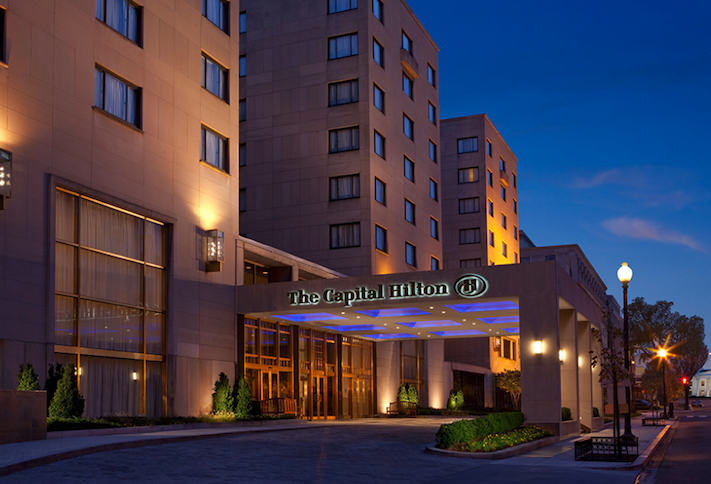 Tysons-based Park Hotels & Resorts reached a deal to acquire a fellow Northern Virginia hospitality REIT in a deal that will bring its market value to $12B.

The REIT announced Monday it entered into an agreement to acquire Arlington-based Chesapeake Lodging Trust in a deal valued at roughly $2.7B.

The combined company will have an estimated market value of $12B, making it the nation's second-largest lodging REIT. The acquisition is expected to enhance Park's revenue per available room, a key hospitality metric, by nearly 4%.

Following the sales, the merged company's portfolio would consist of 66 hotels across 17 states and D.C. It would include three hotels in D.C. — the Capital Hilton, Embassy Suites Georgetown and Courtyard Capitol Hill — plus three Northern Virginia hotels in Arlington, Alexandria and McLean.

"Chesapeake's high-quality portfolio of hotels will accelerate our strategic goals of upgrading the quality of our portfolio and achieving brand, operator and geographic diversity," Park CEO Thomas J. Baltimore Jr. said in a release. "This merger provides Park and its shareholders with identifiable synergies and opportunities to drive incremental growth through Park's proven asset management capabilities."

The deal follows another major merger of two hospitality REITs based in the D.C. area. Pebblebrook Hotel Trust in December completed its merger with LaSalle Hotel Properties in a deal that created the nation's third-largest lodging REIT. That deal came after a competitive back-and-forth process during which LaSalle backed out of a proposed merger with Blackstone, and one analyst thinks Monday's Chesapeake acquisition announcement could also spark a competitive process.

"We believe a competing all-cash bid is possible given that Chesapeake is now 'in play' and private equity's lower cost of capital could lead to some groups sharpening their pencils following this morning's announcement," Robert W. Baird & Co. Senior Research Analyst Michael Bellisario wrote in a report on the deal.