Fred Malek is a Washington power plant that doesn't quit. A top Nixon and Bush 41 official, and former president of both Marriott and Northwestern Airlines, he co-founded Thayer Lodging Group in 1991. This month marks the first anniversary of the sale of Thayer's operating company to Brookfield Asset Management, for which Thayer's 28 employees have become the hotel and resort platform. Fred could by lying on a beach at one of those resorts. Instead, he seems as active as ever. 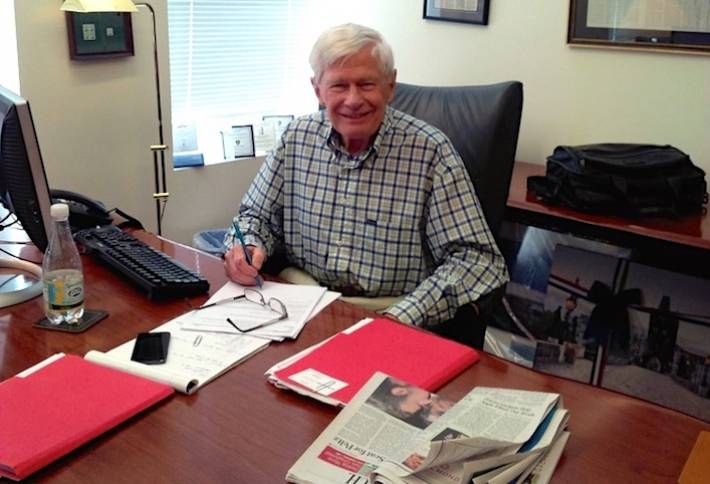 Here's Fred at his desk this week, dressed a bit more casually than in White House days. But the bottled water and Wall Street Journal say it all—he's a self-described fitness nut and financial junkie. He reminds us Thayer didn't sell its hotels, which continue to be owned by multiple funds it formed over the years as it acquired 49 assets for $3.5B. It also co-owns Interstate Hotels (which manages 450 properties) through a JV with Jin Jiang Hotels of China. Brookfield, for its part, had not been active in hotels except for acquiring (via loan conversions) the giant Atlantis resort in the Bahamas and the Hard Rock hotel and casino in Las Vegas. 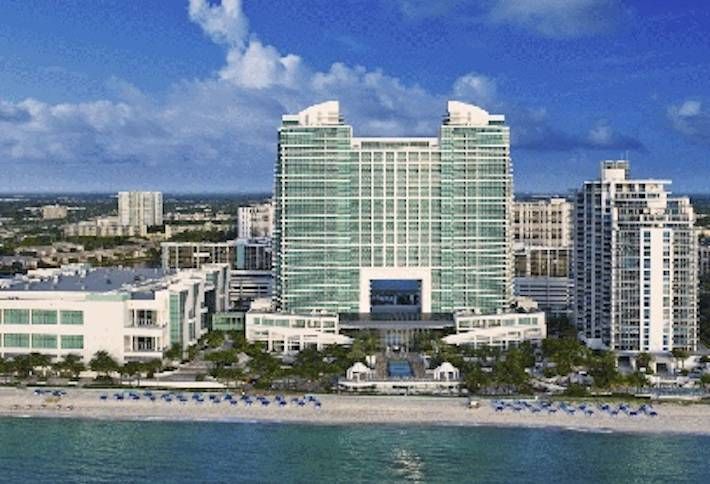 Fred says Brookfield's financial resources have given Thayer a big boost in making larger acquisitions, such as the 1,000-room Diplomat Hotel and Resort in Hollywood, Florida, for over half a billion dollars last August. Another advantage, he says, is getting the "analytical firepower" of Brookfield, which supplies a couple of members to the investment committee that does an update call for 90 minutes each Monday morning. In return, Brookfield accesses seasoned hotel advice from Malek and his colleagues. 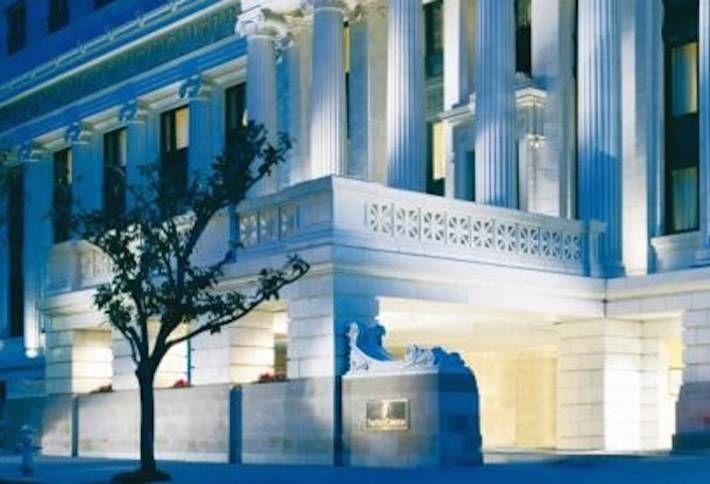 Previously, Thayer had to raise money when it wanted to buy hotels—for example, Fund VI was used to acquire the Ritz-Carlton in San Fran. (Yes, it looks like a Federal Reserve building, but in fact spent most of its life as the Pacific HQ of Metropolitan Life Insurance.) Fred knows something about the Ritz—after his tour as Marriott president, he led the 1995 buyout of the Ritz-Carlton Hotel Co with Marriott and co-invested. And with the government of Singapore in the '90s, he and business partner Lee Pillsbury, together with the Thayer team, developed the Ritz and JW Marriott in Orlando, selling it at spectacular profit. 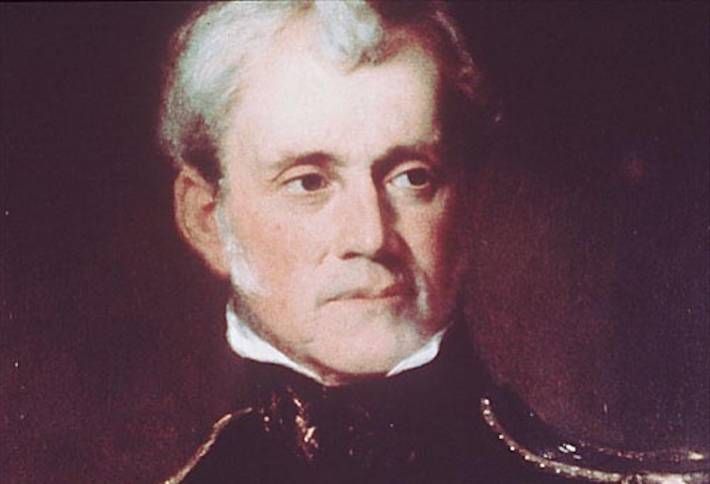 On the side, Fred continues his long service as finance chairman of the Republican Governors Association, and takes long hikes and bike rides in his beloved Aspen. We imagine that Sylvanus Thayer, President James Monroe's revered superintendent at Malek's alma mater West Point for whom Fred named his firm, would be pleased. Or maybe, since Colonel Thayer also lived a long and vigorous life, he would be asking Fred for advice on resorts.