Amid Massive Sell-Off, Marriott CEO Tells Investors: We Will Survive 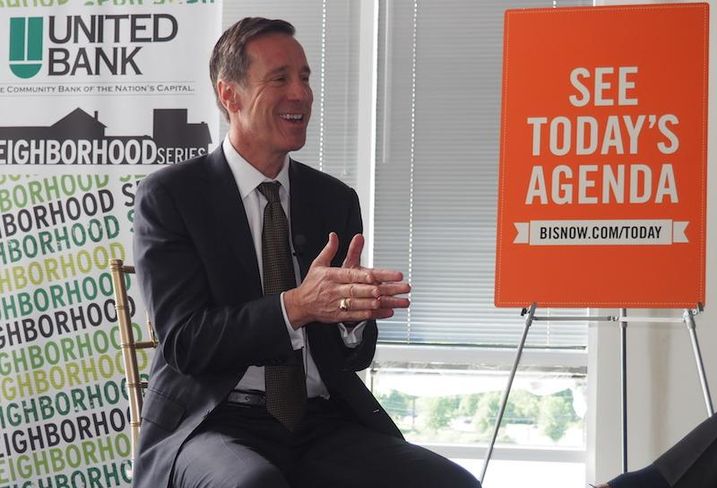 The world's largest hotel company, Marriott International, has been hit particularly hard as the coronavirus has stopped people from traveling, but its CEO said he is confident it will bounce back.

Marriott CEO Arne Sorenson updated investors Thursday morning on the cost-cutting measures the company is taking to address the crisis, and he said he sees the stock sell-off as as a sign people are questioning the company's survival. Marriott's stock dropped from $151/share Feb. 12 to $62/share at Wednesday's close.

"Markets are understandably looking for assurance that we will survive," Sorenson said. "There is no other rational explanation for the sell-off in our stock, even if you assume this crisis lasts many quarters."

Sorenson said Marriott expects the crisis will be over this year or by early next year at the latest.

"That leaves only one question: Will we survive that long?" Sorenson said. "I am confident the answer to that is yes.

"Our business model is sound. The future prospects for travel are sound. Through management of our costs and balance sheet, as to which we are taking very aggressive actions, we will work our way through this. Perhaps not next month or even next quarter, but nonetheless, reasonably soon."

Marriott's occupancy levels in North America and Europe have dropped below 25%. The Bethesda, Maryland-based company expects it could see that number drop further and does not anticipate a bounce back until there is a sense the spread of the coronavirus has moderated.

Sorenson said the situation is worse than the quarter after 9/11, a period when travel dropped significantly and nationwide revenue per available room, the industry's leading performance metric, fell 24%. He said in Q4 2001, about two dozen of Marriott's hotels were unable to cover their occupancy costs.

"The circumstance we've got today, to be fair, is meaningfully worse than that," he said. "We've got RevPAR running substantially lower than those numbers, so to some extent we're in uncharted territory."

R.W. Baird Director of Equity Research Michael Bellisario, who covers Marriott and other hotel stocks, said in a newsletter Wednesday investors are assuming the worst for Marriott.

"Following press reports citing expected hotel closures, investors have begun to price in worst-case scenarios for Marriott and the other Global Hotel Brands, which includes stress-testing Marriott's liquidity position under the scenario that revenue goes to zero for several months — quite a draconian situation, in our opinion," Bellisario said in the newsletter.

Bellisario, in an email to Bisnow, said one of his takeaways from Marriott's Thursday investor call was its liquidity, which it pegged around $1.5B. For comparison, he said Hilton has roughly $2B of cash on hand.

"Marriott is bigger than Hilton, but has less near-term liquidity available," Bellisario wrote in an email. "Something to keep an eye on." 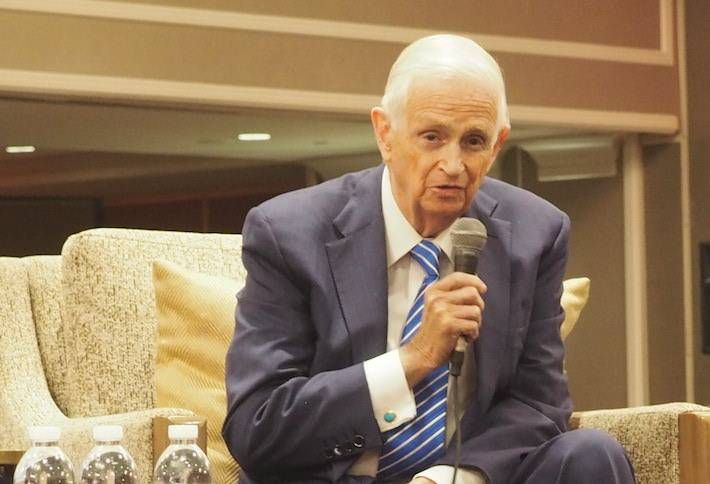 In response to the crisis, Marriott detailed a series of steps it is taking that it says will help preserve liquidity and cut costs this year by at least $140M.

The company said it is putting many North American employees on temporary leave, though it didn't disclose a number. A Marriott spokesperson told the Wall Street Journal Wednesday tens of thousands of employees will be furloughed without pay, but many will retain healthcare benefits. Marriott employs about 130,000 people in the U.S.

Sorenson and Marriott founder and Executive Chairman Bill Marriott are forgoing their salaries for the remainder of 2020, and other senior executives will take 50% pay cuts, the company said. It is also cutting nonessential travel and spending, including marketing, eliminating share repurchasing and suspending cash dividends.

For the hotel properties that use its brands, Marriott has suspended standard audits and delayed renovations until next year. It also said hundreds of hotels with Marriott brands are closing or considering closing.

Sorenson said he has met with officials in the White House and Congress, and with leaders in other countries including Italy, to push for relief measures. He said he is lobbying for emergency assistance for employees, preserving business liquidity and tax relief to ease cash flow challenges.

“It is clear, I think, to folks in government, including the federal government, that this is a crisis that descends upon us in the U.S. economy and our industry through no fault of anybody," Sorenson said. "It’s still quite early, but I’m optimistic that the tools will be there for the vast majority of our owners to navigate through this."