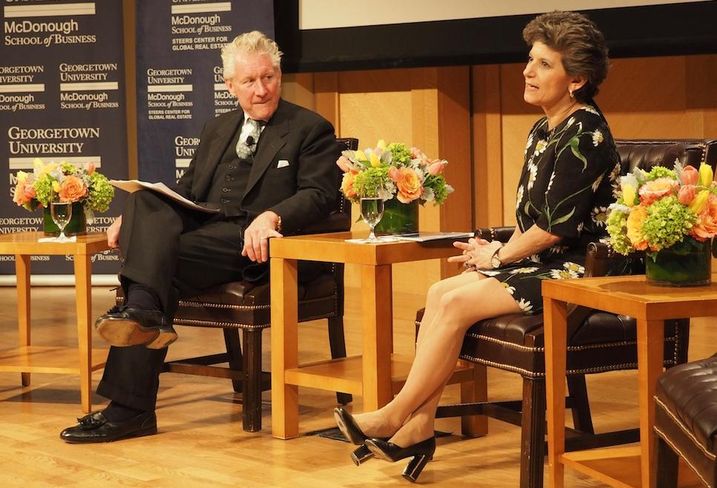 Recent months have proved tumultuous for REITs across all property sectors, and healthcare has not been immune.

Chicago-based Ventas, one of the largest healthcare REITs, has experienced a 32% decline in its stock price over the last nine months, falling from $69.36/share on Sept. 15 to $47.36/share April 25.

Ventas CEO Debra Cafaro, speaking at an event hosted by Georgetown University's Steers Center for Global Real Estate, shed some light on what caused the drop and how the company has weathered the storm.

Rising interest rates have been the primary driver behind the declining stock of Ventas and REITs in general, Cafaro said. The 10-year treasury yield has risen from 2.06% in September to over 3% as of Wednesday, affecting stocks throughout the market.

"REITs in general as dividend payers, along with utilities and other dividend-paying stocks, are inversely correlated with rising rates, particularly around changing expectations in rates, which we've had," Cafaro said. "I mean it has just been brutal."

But Cafaro said Ventas saw the headwinds coming and has been preparing. She said Ventas has been selling assets to maintain low leverage and has stayed away from any big deals that would require the REIT to raise equity and dilute shareholders.

Cafaro came on as CEO when Ventas was struggling in 1999 and turned the company around, expanding its market cap from $200M to a peak of over $20B. She thinks the challenges facing REITs are a precursor for how interest rates will affect the commercial real estate industry at large.

"What always happens, and what I think will happen again, is there will be a repricing of the underlying real estate and I think this will affect the real estate market writ large," Cafaro said. "It's just that the public markets are more forward looking and they are affected first, but ultimately the pricing on real estate assets will also be affected by this environment."