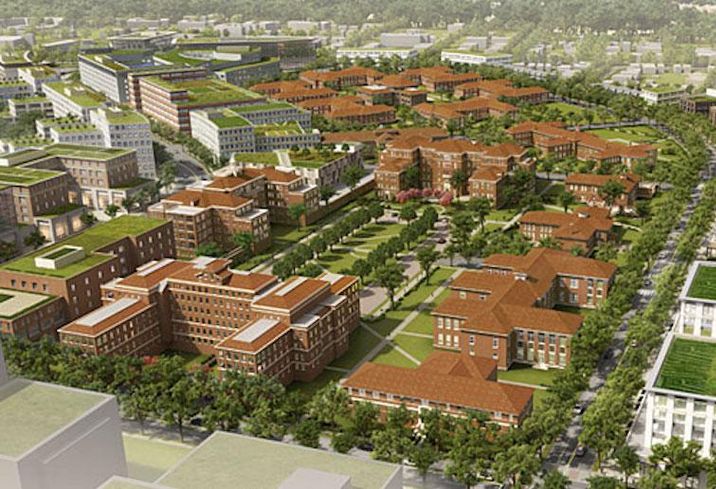 The D.C. government is looking for a site to build a new acute care hospital in Ward 7 or 8 to replace the struggling United Medical Center, and it has just narrowed its focus to the St. Elizabeths East campus.

The study, conducted by Healthcare Business Solutions, began earlier this year with six sites and then narrowed it to three: United Medical Center, St. Elizabeths East and Fletcher Johnson. After studying those three in greater detail it ultimately decided St. Elizabeths East could best accommodate a new acute care hospital.

HBS will now conduct an engineering, design and structure study of St. Elizabeths East before the District can move forward with construction of a facility. The District is also seeking to partner with a healthcare provider to own and operate the hospital.

“The site selection study is the next necessary step in the planning and design phase of a new acute care facility east of the Anacostia River,” Bowser said in a release. “This report moves the District closer to its goal of finding a sustainable, efficient solution that ensures residents in every ward have access to high-quality and affordable health care options.”

In the long term, the 183-acre St. Elizabeths East campus is planned to include 1.8M SF of office, 1,300 residential units, 206K SF of retail and at least two hotels. It will also soon be the site of a new sports arena where the WNBA's Mystics will play its home games and the NBA's Wizards will practice. The $65M complex is expected to deliver in 2018.