Growing demand for healthcare services has created a booming market for medical office buildings, bringing a host of new investors into the space and making it more challenging for the sector's traditional players. 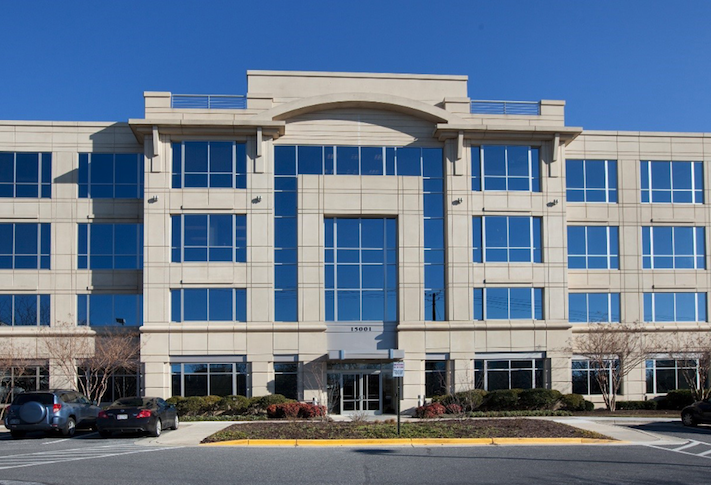 Anchor Health Properties Executive Vice President Katie Jacoby, whose company has been developing medical facilities for over 30 years, said she is seeing a surge of private equity competing for healthcare real estate deals.

"Ten years ago, healthcare was hardly even considered an asset class; now it's one of the top asset classes," said Jacoby, who will speak April 11 at Bisnow's National Healthcare Mid-Atlantic event in D.C. "There is increased competition to purchase properties and to develop properties."

"There's a lot of competition pursuing development," Soderlund said. "Our returns on costs are being driven down because there are plenty of players to respond to an RFP ... It's even more competitive on the acquisition side. There's so much capital chasing medical real estate right now." 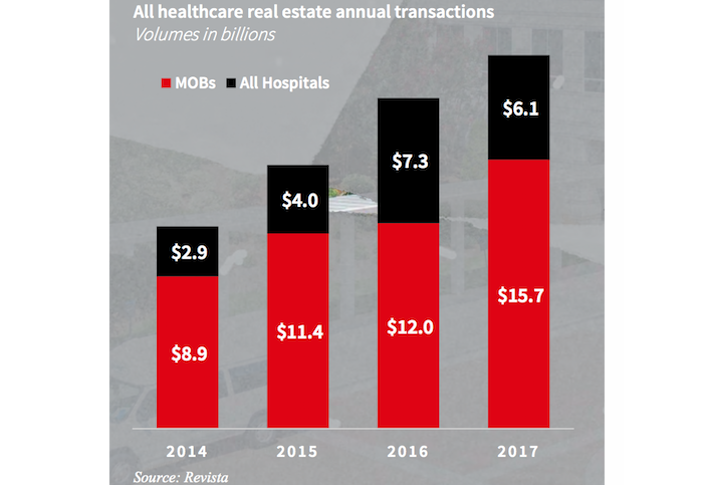 Nationwide transaction volume in healthcare real estate reached a new record in 2017, according to JLL's 2018 Healthcare Real Estate Outlook, with a significant portion of the growth in the medical office building sector.

The JLL report also found the sources of capital investing in medical office buildings are expanding. In 2017, 19% of MOBs were owned by private investors, 11% by REITs and the remaining 70% by healthcare providers, the traditionally dominant owners in the space.

The growing investment in medical real estate comes as the United States' aging population is creating more demand for healthcare services. The number of people 65 years and older will nearly double by 2050, according to JLL's report, and those over 65 spend five times more on annual medical expenses.

"People see it as a stable asset class," Jacoby said. "Everyone sees it . They have aging parents themselves ... They can experience it on their own personal level." 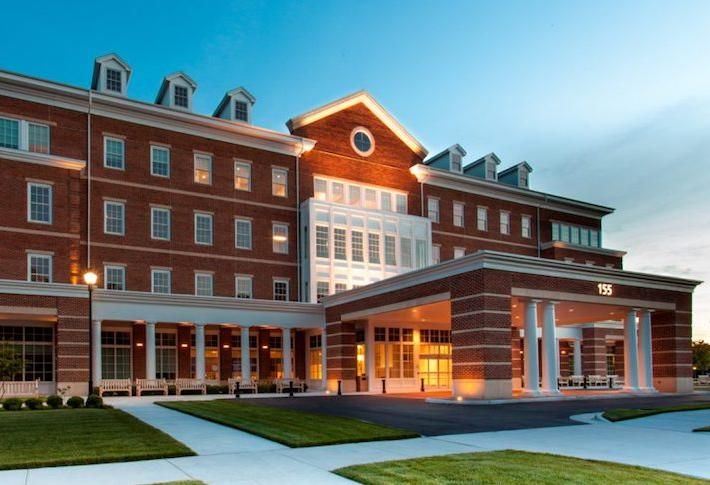 As recently as five years ago, the most common tenant in an MOB was a physician with a private practice in 3K SF to 5K SF. But individual private practices are less common today, with physicians being employed by health systems or forming groups of doctors, she said.

Soderlund also said he's seeing physicians being acquired by health systems and consolidating to lease larger blocks of office space, a trend he views as a positive for landlords.

"One day we might be leasing office space to a six-physician practice, and once they're acquired our lessee is now an investment-graded hospital system," he said. "From a credit perspective, that's great."

"Hospitals are consolidating, making them stronger, creditworthy tenants," Jacoby said. "I think that makes it more attractive for other investors that have traditionally invested in other asset classes."