The 5 Biggest Takeaways From DC's Q3 Office And Multifamily Markets

Three quarters down, one to go. The DC area, in the last three months, has seen some major groundbreakings (The Boro in Tysons), deliveries (The Old Post Office Hotel), investment sales (Constitution Square), and one massive merger terminated. To get a sense of how the market is doing as a whole, we dug into several Q3 multifamily and office reports and identified five key takeaways.

1. Multifamily Vacancy In The District Is Rising 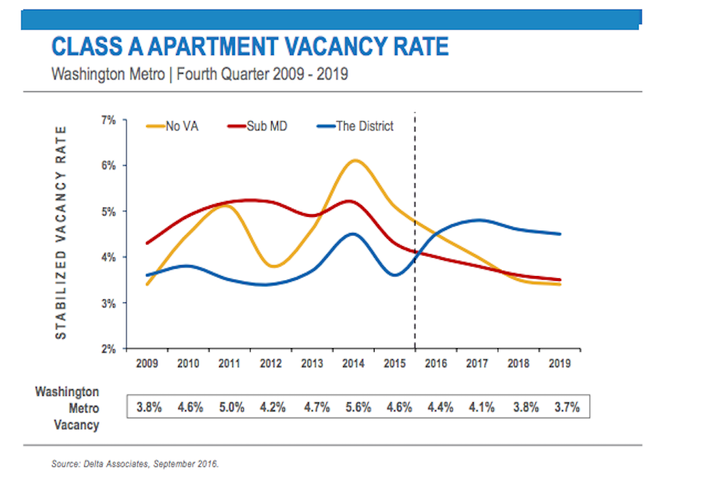 While vacancy throughout the Metro area remained unchanged, Washington, DC, proper saw stabilized vacancy rise from 2.4% in Q3 2015 to 4.1% in Q3 2016, according to Delta Associates' multifamily report.

Net absorption in the District over the last four quarters has dropped 33% from the four previous quarters, and supply continues to grow rapidly. Seven projects totaling 1,886 units broke ground this past quarter, bringing the District's 36-month pipeline to 12,662 units.

The report predicts this supply influx won't be matched by demand. Delta projects an absorption of 8,400 units over the next three years, bringing 2019's stabilized vacancy in the District up to 4.5%. 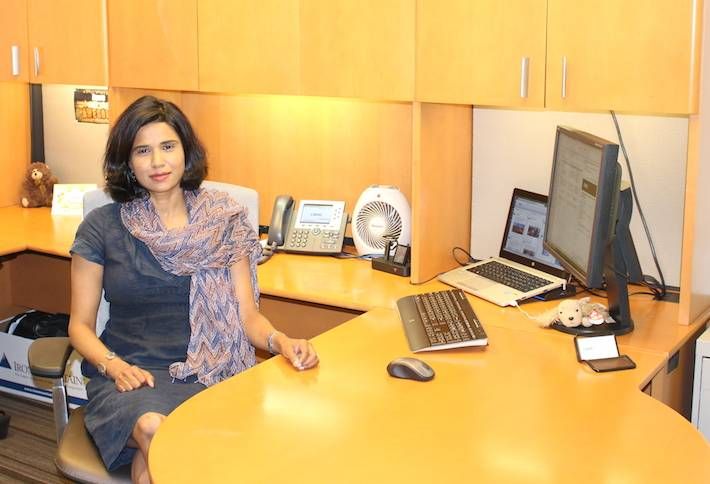 When CBRE measured tenant incentive packages in Q1, the average TI package in DC was $74/SF, the highest in the country. That number increased to $81/SF in Q3, still the nation's largest.

"Landlords are competing much harder for tenants," CBRE's Revathi Greenwood tells Bisnow. "I think part of the problem is the biggest tenant sectors in DC, legal and government, are giving back space, and that’s why there’s competition in the market."

3. Co-Working Is The Fastest-Growing Tenant Segment By Far 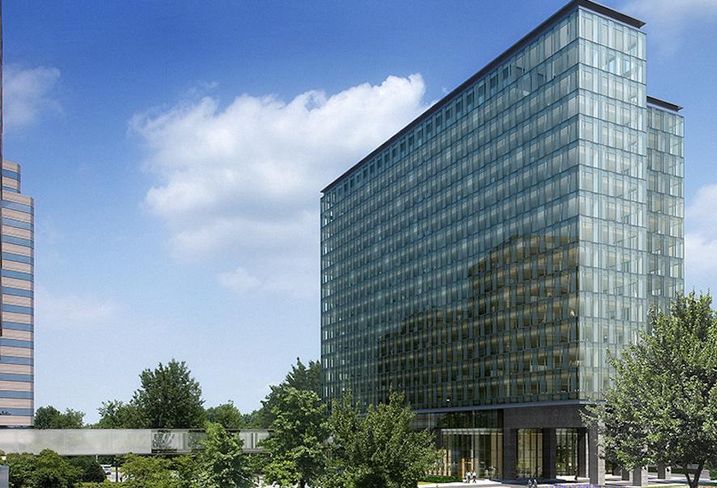 Co-working spaces accounted for 10% of Metro-wide leasing activity in Q3, up from 2% in Q3 2015. One of the most notable deals was WeWork signing 93k SF at Lerner Enterprises' 1775 Tysons, above, in September.

"It's really the fastest-growing sector," Revathi says. "Even though it has a small footprint, roughly 1% of overall market share, because of this growth, it's a tenant class people are paying a lot of attention to."

4. Office Absorption Dips Into The Negative 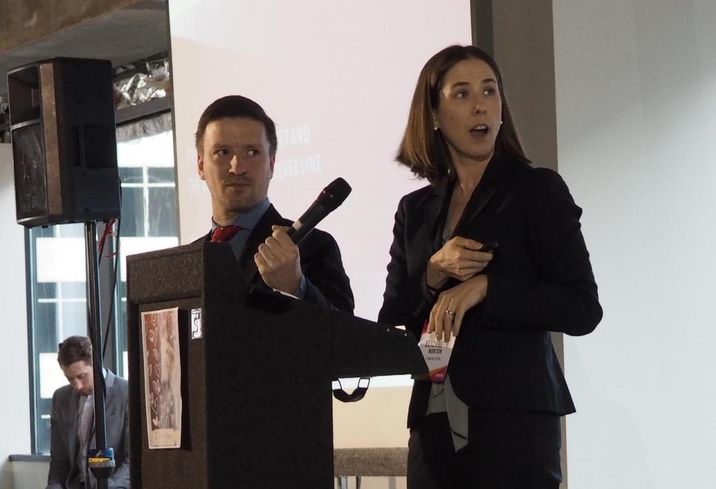 The District finished the third quarter with negative office absorption for the first time this year, roughly -88k SF, according to Transwestern's report. The losses were heaviest in the East End and Southwest submarkets at -141k SF and -95k SF, respectively.

Transwestern managing research director Elizabeth Norton says she expects the East End's struggles to continue, especially with the Department of Justice moving roughly 1M SF to NoMa over the next couple of years.

"This was primarily due to the East End," Elizabeth tells Bisnow. "There have been a handful of tenant move-outs that have impacted the demand there, we believe that’s going to continue through 2017 and even 2018 with some more tenants vacating space." 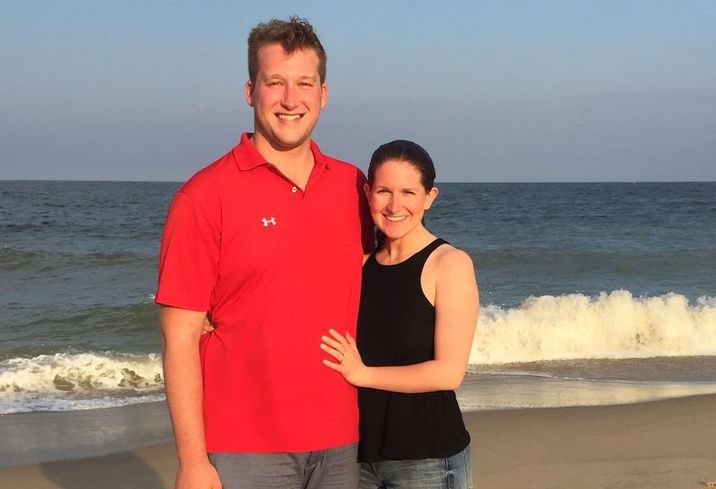 Across the Metro area, rent for Class-A mid- and high-rise apartments dropped 0.2%, according to Delta's report. This was largely due to falling rents in the suburbs: NoVa dropped 1% and suburban Maryland dropped 3.9%, while rent increased in the District by 2.8%. Rents in low-rise product in the suburbs, on the other hand, are growing.

Delta's Dylan Jones, left, says this may be a result of customers focused on lifestyle flocking to high-rises in the District while tenants looking for value are attracted to suburban low-rises, leaving more expensive suburban high-rises at a disadvantage.

"Rent growth toward end of 2015 remained stronger than we had expected given the amount of new supply," Dylan says. "This quarter, it is back in line with what we had been anticipating, with rent growth starting to taper."