Why Ashburn Has Emerged As A National Hub For Data Centers

The largest data center market in North America has emerged about 30 minutes outside of the nation's capital. Ashburn, Virginia, continues to be the top choice for data center facilities as proximity to population centers and fiber, energy and land costs, along with a favorable tax policy, draw more companies to the corridor. 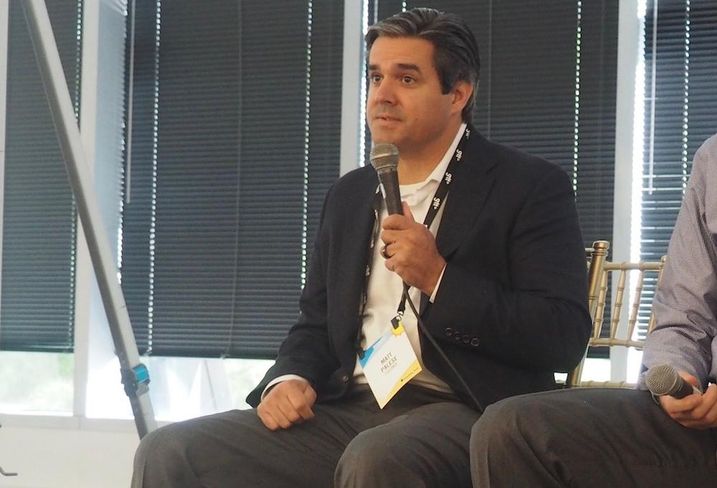 The importance of the Ashburn market to the data center world is evidenced by Equinix, the world's largest co-location data center provider with more than 175 facilities in 22 countries. The company has nine data centers in Ashburn with another under construction, two in Vienna, one in Manassas and plans to expand even more in the region.

“This is a key market for us,” Equinix Senior Director Matt Palese said Wednesday morning at Bisnow's Data Center Investment Conference & Expo East. “We consider Ashburn the crown jewel of our global platform. We continue to land bank and prepare for continued growth.” 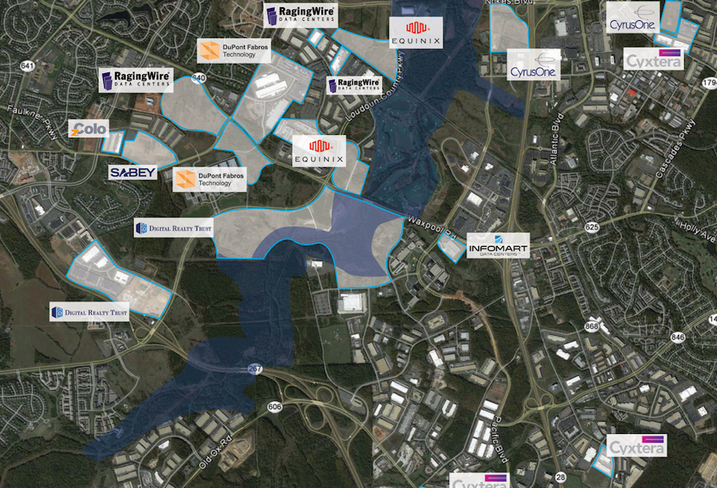 Courtesy: CBRE
A map showing all of the co-location provider data centers in Ashburn

Ashburn currently has 4.6M SF of data center space representing 616 megawatts of power, with another 70 megawatts' worth of space under construction, according to Cushman & Wakefield Executive Managing Director Miles Loo Jr., the moderator of the event's first panel.

The Ashburn market's supply of data centers has grown 76% since 2013, when its centers had 345 megawatts worth of power, according to CBRE's Rob Faktorow, who spoke at the start of the event. The full-day event was held at American Real Estate Partners' Quantum Park in Ashburn.

"Developers are jockeying for position with strategic site and land acquisitions in this market," Loo said. "Compared to the rest of the country, demand and development is unparalleled given this region’s proximity to fiber, favorable tax incentives and inexpensive energy costs." 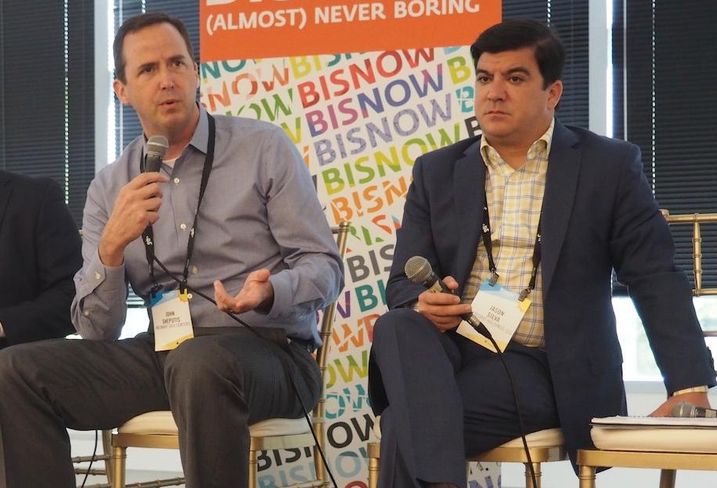 Infomart Data Centers entered the Ashburn market in 2015 with the $34M acquisition of AOL's 180K SF data center, built in 2001.

"This market has everything going for it," Infomart President John Sheputis said. "This market has low cost, it's in the middle of a huge population base, it's on a coast."

Sheputis contrasted Ashburn with Silicon Valley, where many data centers are built because of the concentration of technology companies.

"You could talk to the guys at Apple, Microsoft, Google or Amazon and I’m pretty sure they know that all the advantages Ashburn has, California has none of," Sheputis said. "Labor is expensive, rents are high, taxes are crazy, they’re anti-development. It's seismically unstable."

"It comes down to having a developed transportation infrastructure, a mature and educated pool of talent to pull from and an environment that’s friendly to business," Silva said. 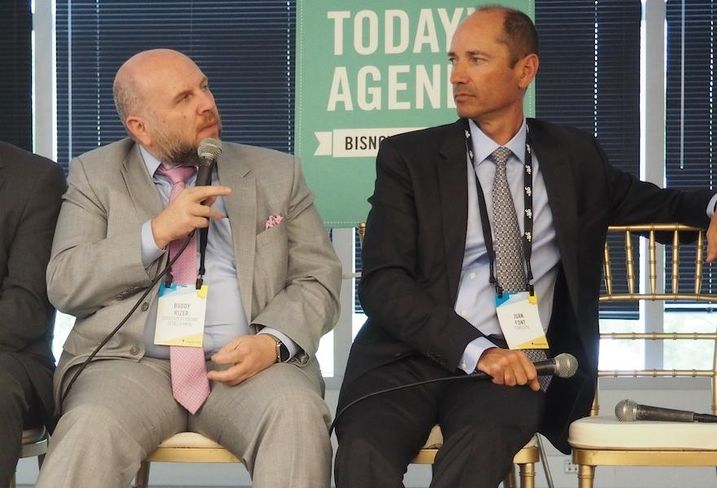 Loudoun County Economic Development Executive Director Buddy Rizer said the county has not had to offer economic incentives to data center companies because they naturally want to cluster in the market, but it has benefited from its tax structure compared to nearby jurisdictions.

He said his department is proposing a further reduction in the personal property tax that could go into effect next year, and would be a game-changer for the market. At this point, Rizer said the only thing that could slow down the Loudoun data center market is running out of land.

"Land is probably our only limiting factor here in Northern Virginia," Rizer said. "We've worked very hard to identify more parcels, but those prices are crazy."

Not long ago, the county had its first land deal that surpassed $1M per acre, Rizer said, and now there is already a parcel on the market seeking $2M per acre.

"To me, the numbers are crazy, but it doesn’t seem like it's really dampened interest in the market," Rizer said.

It is important to put those land costs in perspective, CoreSite Eastern Region Vice President Juan Font said. CoreSite has a campus in Santa Clara, California, that cost as much as $16M per acre, Font said. Even if Ashburn's land costs continue to grow, he does not think that will deter companies

“Companies will continue to want to be in Northern Virginia even if land cost is higher because everything else is there," Font said. "You have the fiber, you have the ecosystem and you have a plethora of providers that are willing to serve your needs.”