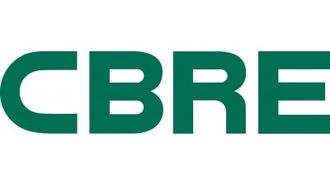 End users continue to flock to the fiber-dense Northern Virginia data center market, which had over 110 megawatts of net new absorption this year, according to CBRE. When it comes to data centers, electricity is the metric that matters. Square footage is secondary. The Northern Virginia region alone accounted for more than one-third of the U.S.' 195 megawatt total net absorption in 2016.

That figure has already doubled this year, as the world’s largest data center market solidifies its position as the prime destination for major enterprises in need of servers. Developers have begun building multistory facilities to keep up with co-location demand driven by retail customers wishing to rent bandwidth or equipment. But the procurement process has become increasingly complex.

The Northern Virginia co-location market is 654 megawatts and growing, according to CBRE, with an additional 40.7 megawatts expected to be delivered in Q4. With such new, dynamic supply and demand, availability can change quickly and dramatically.

“Every user has their own approach to procuring space,” said CBRE Senior Associate Jamie Jelinek, who has participated in 62 megawatts of transactions in three years as part of CBRE’s Data Center Solutions group. “Sometimes the providers’ tactic to the negotiation doesn’t match well with a given user’s process."

According to Jelinek, a majority of co-location requirements have immediate time frames, and despite a seemingly large number of co-location providers with offerings on the market, only one or two may be viable for a given deployment.

“We save the end user time in their process by informing them of availability in real time and giving them reliable feedback on provider proposals,” said CBRE Vice Chairman Rob Faktorow, a member of the DCS team with 32 years of experience. “It’s important to understand the lease structures in conjunction with what each provider seeks to achieve.”

According to Jelinek, it is imperative that end users consider the landlord’s track record.

"Without considering the landlord’s track record as part of the strategy, the tenant typically ends up leaving dollars on the table and loses precious time during lease negotiations,” he said.

According to Faktorow, providers have objectives relative to financial constraints.

“Being aware of these goals allows us to provide a high level of service, since we are considering all angles for each provider,” he said.

Faktorow, Jelinek and CBRE Associate Josh Greenberg are part of CBRE’s Northern Virginia data center team. Collectively, they have completed over 100 megawatts of requirements across the U.S. over the past five years. The experience has allowed the team to compile information within a proprietary dashboard, enabling them to provide co-location users with information on market trends and dynamics and even give their clients a virtual tour of the market.

“There is so much to track in this market, but our team advises many Fortune 100 companies in their local deployments, so we are able to stay up-to-date on available inventory and provide market context at any given moment in time,” Greenberg said.

The Art Of Dealmaking

Typical IT procurement for co-location has a process: issue a request for proposals, tour sites, negotiate terms and execute a lease. While this sounds simple, according to Faktorow there are a number of nuanced components to the process.

“It’s an art, not a science,” Faktorow said. “Historically, it was basically a white box with power. The evolution to a sophisticated service offering requiring deep knowledge of technical and contractual clauses has upped the ante for advisers and tenants.”

CBRE has found most co-location providers appreciate its involvement in the process.

“They recognize that when we advise our clients in the site selection process, the communication is clearer and the process is more efficient, which ultimately leads to the providers putting their best foot forward,” Faktorow said.