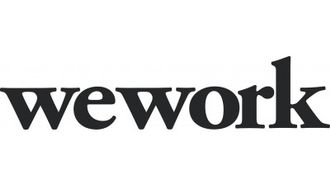 Millions of Americans have returned to the office after more than two years of working from home, and they have brought new expectations with them. Flexibility and hybrid work are now key to the future of the office, with workers splitting their time between home and collaborative common space. In fact, 72% of employees report that they prefer a flexible model where they can choose where they work, according to a report from Apollo Technical, an IT and engineering agency.

This shift toward flex work has many companies rethinking the traditional office lease, with many cutting back on their space and looking for different, more flexible leasing options. This is especially true in the Washington, D.C., office market.

Courtesy of WeWork
A rendering of an open office space in WeWork's new Dupont Circle location.

WeWork Atlantic Territory Vice President Suzie Russell said that demand for WeWork’s All Access and On Demand products has risen dramatically in the D.C. area. Bookings for WeWork All Access, which grants members the ability to access hundreds of WeWork spaces across the globe, grew 62% in the D.C. metro from January to September 2022. During the same time frame, the use of WeWork On Demand, which allows anyone to book a WeWork space without a dedicated membership, grew by 218%.

That demand has been particularly strong near Dupont Circle, Russell said.

“Our D.C. location at 1701 Rhode Island Ave. has been one of our most highly trafficked locations for the last few years,” Russell said. “This is clearly a neighborhood where people want to live and work, and a prime spot for us to expand.”

To meet the growing demand for WeWork space in the area, the company will soon open a new location at 1333 New Hampshire Ave. NW, at the tip of the Central Business District’s Golden Triangle, directly across from the 19th Street Dupont Circle Metro Station. The 12-story, 350K SF building is an ARC and Meridian joint venture featuring two floors of dedicated WeWork space with 551 desks, a mix of private offices and All Access space and a boardroom.

Courtesy of WeWork
A rendering of a conference room at WeWork's new D.C. location.

While the building was originally constructed in 1979, it has been significantly renovated using dark stone quartz and wood to create a warm, welcoming experience for guests, Russell said. It now includes a new modern lobby, updated retail streetscapes, new rooftop indoor and outdoor space, a fitness center and a bike room. There are ample dedicated phone rooms, and a main “center of gravity” area featuring All Access spaces, an amenity bar and espresso machine, a Pico Market where members and guests can purchase snacks, and a food drop-off area for deliveries.

The building also features a dedicated mother’s room with a refrigerator and sink, a wellness room for prayer, rest and meditation, and an event space.

In addition, there is art throughout the building spotlighting local D.C. artists Phaan Howng, Alex Ebstein and Yasmine Iskander.

“The art from Iskander is part of a public benefit corporation, ArtLifting, which champions artists impacted by housing insecurity and disabilities,” Russell said. “A common theme for the art in the space is the inclusion of cherry blossoms and flowers inspired by the local landscape.”

Courtesy of WeWork
A rendering of WeWork's Dupont Circle location.

This inclusion of local art is just one way that WeWork is collaborating with cities to enhance communities and make the transition to hybrid and flexible work, Russell said. Since early 2021, WeWork has partnered with local chambers of commerce and city governments, including Mayor Muriel Bowser's administration, to offer incentives to help companies return to the office and provide city partners with key data into the new ways that people are working.

Now that many companies have returned to the office and people are increasingly seeking flexible work options, WeWork expanded these partnerships in September to help local companies, including those in D.C., navigate moving to a flex and hybrid workforce model. The incentives include 50% off All Access monthly membership fees for three months for new members and private office space for up to 49 members in select locations — with one month free with a commitment of three or more months and two months free with a commitment of six or more months.

“People are returning to the office, but they are expecting more flexibility, comfort and overall quality,” Russell said. “We’re working with cities across the globe to help companies provide that.”

This article was produced in collaboration between WeWork and Studio B. Bisnow news staff was not involved in the production of this content.

WeWork
WeWork provides you with the space, community, and services you need to make a life, not just a living. We transform buildings into beautiful, collaborative workspaces and provide infrastructure, services, events and tech so our members can focus on doing what they love.
Confirmed! You are subscribed to the Bisnow Washington, D.C. E-Newsletter.
Most Read Stories
More Top Stories
Bisnow D.C. Newsletter
Bisnow D.C. Newsletter